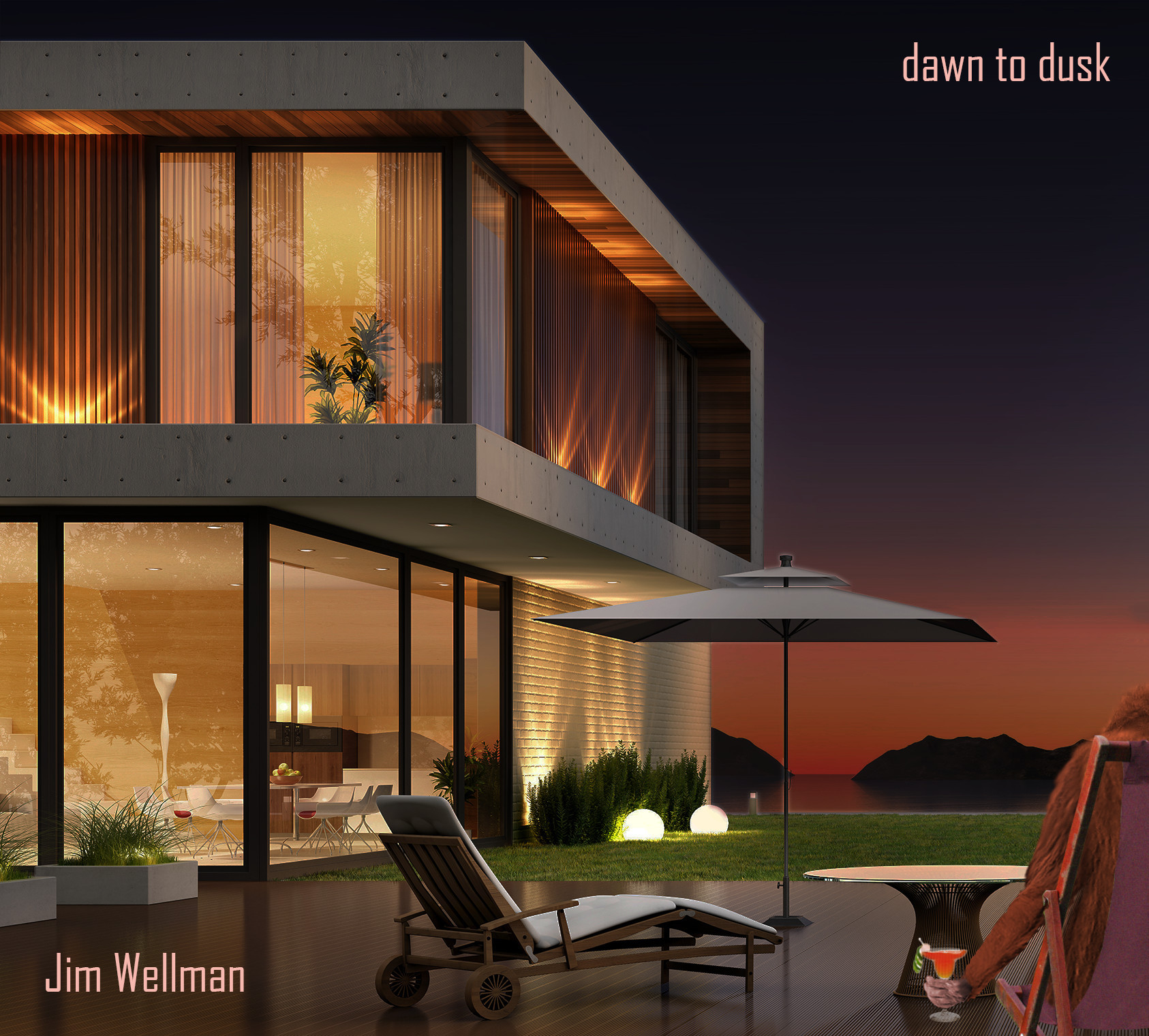 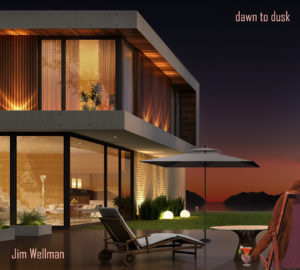 The music of East Sussex artist, Jim Wellman is a blend of funk, acid jazz, soul and disco, however his new album set to be released February 29th, 2016, is inundated with social commentary and viewed through perspectives of psychological evolution, and analysis of mass communication and propaganda.

Formally a member of the group “Brand New Heavies”, Wellman did not intend to work in the music industry again. However with world events the way they are, he decided to express his discord. He believes that although man lives in a world of great technological development, he is still encumbered with medieval forms of government by representatives the interests of the elite.

On February 8th, he will be releasing an EP entitled “For The First a Time”, to serve as a preview of “Dawn to Dusk” He answered Louder Than War’s questions very candidly, honestly, and with great enthusiasm.

Louder Than War: Whom are your greatest musical influences?

What happened with “Brand New Heavies”, and what made you decide to continue to pursue music?

Honestly, I got sacked officially for not being a good enough sax player (Compared to the Guildhall school of music horn section players I recruited). Despite having been the manager for many years during the hard times , accountant (Horrific VAT inspection I had to handle on my own they never really new about), booking,tape  recording and analyzing every rehearsal session we ever had and co-ordinating session players, then pointing out this bass riiff you played for these 4 bars is killer (Dream Come True). My Family paid for half the first album costs after Acid Jazz ran out of money  (Later repaid when it turned out good), wrote a fifth of the first album etc.

Infamously, The incident that sparked my downfall (unless it was an excuse) was that Jan had recorded a couple of songs (Never Stop) as the K collective independently and asked me what I thought of a video segment promotion that was aired. In the spirit of pure constructive criticism I said  I thought, you said “I” and “Me”  quite a lot in the short interview. He diddnt like it asked for elaboration, I said to be honest my friends thought you came over as a bit of a wan…!. Then the story was I had called him that, which I did not . All schoolboy crap, I thought we were beyond.

Anyway never had much contact with them since that conversation,  album became internationally successful, Proud of the time and grateful for the experience.Ultimately the core that carried on as BNH were very talented and did good work that I admired a lot.

Carried on on my own with two solo albums  Time and Space, and Love not Truth featuring Roy Ayers and many others, but at time of release two distributors went bankrupt on me and it all fizzled into obscurity. Had no intention to work on music again until world events in mid 2014, scared me so much with what I saw to be a big escalation of adversity (particularly Ukraine, the burning of Trade Union Building In Odessa) and I just could not do nothing, had to express my dissent in some way so embarked on this project

You seem to be very politically minded. How do you think people would communicate in a perfect world?

I am incredibly enthusiastic about the internet allowing 2 way mass communication and diversity of information to all, but also more importantly the ability of everyone to act as a critic and selector for what they think is pertinent. Have seen many ways how the new medium has been subverted, and am aware of several intentions of western leaders to curb net neutrality, Through TPP(Passed) TIPP,  CISPA(Passed), banning “Extremists” (-read dissent) from social networking.

Already the net has worked wonders in rightly undermining the propaganda model that western governments would like to operate by. EG False flag accusations of Syrian forces using Chemical weapons countered by observers from the scene, Pictures of alleged civilian bombings which were shown by the net to be of another time and country, 911 truth etc.

It appears with disillusionment in mainstream media and Western rhetoric, the net has had a huge effect in a short time, and the oligarchy is under threat by it. My observations are that the next step will be a push back to neutralize the net and censor dissent/ alternate info, so they can control their message. I think it is significant that the last century was the most environmentally damaging and bloodiest since our ancestors first stood up 5 million years ago, and I think this was enabled by one way mass communication. So the net for me has proven to be a solution, and I wanted to send a warning  to expect various “events” to lead to it being severely curbed into the same corporate messages as the MSM. If you want dissent you will probably have to pay 5 times more for another internet, which would of course be of minor significance.

So short answer is we have the perfect communication , just don’t let it be subverted.

What message or messages are you attempting to promote through your music?

See above, on net neutrality but also in particular encouragement of citizenship as the only viable defense against top down oligarchy and top down rule by manufacture of consent. I tried not to lecture people and stress that this is just my personal opinion to provoke thought, and expose some of the mechanisms of disinformation so people can see it themselves.Once you make a paradigm shift everything becomes quite obvious.

What exactly does “Let The People Rule Ya !, mean to you?

Firstly, I do not suggest that overnight we can transform into a push button democracy.I fear that the western public have been so conditioned by fear, false flags, and scapegoating, that the initial response would be to kick … minority out the country.

Also I think that most are (intentionally by design) completely detached from the political process. Red or blue every4/5 years to elect someone to make all decisions for you is not much of an involvement IMO.

My observation is that the record of the ruling classes in economics, world relations, practically everything, is so poor and slanted towards an elite (Military industrial complex) along with what I see to be a huge neocon ramping up of adversity against China Russia, that we absolutely have to seek change .

My best suggestion was to kick off a process of citizenship within the public by suggesting a mere 5% of (UK) commons votes to the public on every issue. What this would do is to initiate participation and appreciation of  politics to the public and involve them. Most importantly, although 5% would be largely symbolic, it would necessitate the comparison between public opinion and leadership directives and force accountability.

In this song I tried to float a number of suggestions of change that we could consider to take forward , but more importantly to suggest how change (If well considered) is nothing to be feared.

How do you think we as humans can cure the medieval forms of government?

For 5 million years the human mind evolved within the specific environment of small social groups of on average 150 people(Archaeological record) That also confirms the Dunbar number of the predicted size of a social group from brain size in higher primates and apes. Interestingly, studies have also shown that it conforms to the average number of friends people maintain on social networking. I am convinced that the brand new technology of 2 way mass communications along with the diversity and possibility for mass selectivity, is a massive improvement over the previous model of top down government with manufactured consent via propaganda. We are only 30 years or so into this, and I don’t claim it will work, but I do say it is a possibility for the first time ever in human history since civilisation rendered the concerns of the vast majority of humanity redundant a mere 10, 000 years ago , and given the record of the last century, it must be worth a try.

Some progression would be needed though on decentralising the net through peer to peer networks, the bitchain and open source programming are  a great advancement, and attempts like Axiomity to marry democracy to it are potentially solutions IMO.

Is there a favorite or most important song on “Dawn to Dusk”?

Not really. I started with a synopsis of all the things I wanted to say, and attempted to fit that into new chord sequences and grooves. I know that early on in the album is relatively heavy on narration and evolutionary theory, and that songs are longer than the conventional edit would allow, however I really wanted to lay the groundwork so I could progress to simpler more poetic songwriting in the second half of the album, and offer solutions and conclusions . I cant really see the album as anything other than a complex homogeneous concept. Obviously certain songs came out with better grooves that others, and people will have their favorites, but I have to argue the integrity of it all as a concept album.

Wrong time to ask, I don’t think I have slept more than 3 hours at a time since September.

This concept was at least 10 years in the making (just my learning curve) tho I only decided to turn it into music and publish it 16 months ago or so.

Nothing planned, except I might donate production to other projects should anyone worthy ask.

Check out these videos by Jim Wellman

For The first Time:

More on Jim Wellman can be found on: Postmodernjazz.com and on his Bandcamp
Bandcamp, Facebook and Twitter.