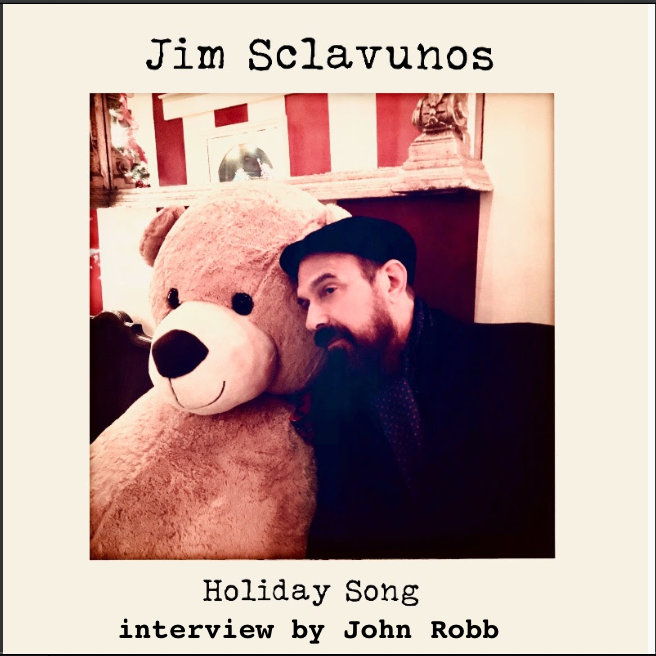 “Beautiful and complex song and a sweet and generous offering. Really beautiful and true to the bone!” – Nick Cave

Jim Sclavunos (of Nick Cave & the Bad Seeds) announces the release of his debut solo single “Holiday Song” on the  1st of January 2021 on Lowe Amusements Records. All proceeds from sale of this release for the entire month of  January will be donated to the Grassroots Music Venue Crisis Fund set up by the Music Venue Trust (#saveourvenues).

You can listen to and/or order the single here: https://jimsclavunos.bandcamp.com/

The MVT is a UK Registered Charity set up to protect and secure UK grassroots music  venues. Due to the dedication and generosity of so many people, the MVT has been able to support 920 Music Venue  Alliance members to weather the storm since the pandemic forced venues to close their doors earlier this year. The MVT’s  work will continue in 2021, as they remain determined to re-open every venue safely. The #safeourvenues campaign has  to date raised a grand total of £3,872,512. This money has been essential in giving venues the human and financial  support they need to ride out this crisis until such time that the sector can re-open.

Grammy-nominated multi-instrumentalist, songwriter, and producer Jim Sclavunos has been a member of Nick Cave &  the Bad Seeds since 1994 and is a co-founding member of Grinderman. Alongside Lydia Lunch, he was an integral part  of the NY No Wave scene in the late 1970s in bands Teenage Jesus & The Jerks, Beirut Slump and 8 Eyed Spy, before  joining Sonic Youth to record their first album Confusion Is Sex.

Sclavunos has recorded with a diverse host of artists including The Cramps, Marianne Faithfull, Iggy Pop, Thurston  Moore, Mark Stewart, Nicole Atkins, and Wendy James, along with albums with his band The Vanity Set. He has co written music with Nick Cave & The Bad Seeds, Grinderman, Sonic Youth, Lydia Lunch, Nicole Atkins and Polly  Scattergood

Sclavunos’ work as a producer encompasses The Horrors, Gogol Bordello, Beth Orton, The Jim Jones Revue, and Beth  Jeans Houghton (Du Blonde). He has done remixes for Depeche Mode, Alan Vega, Boss Hog, and Warhaus; under the  moniker Silver Alert he has done remixes for Philip Glass and Grinderman. Sclavunos was one of the founding editors of  No Magazine (1976 – 1980), the infamous NY-based underground fanzine often credited with inventing the phrase “No  Wave”.