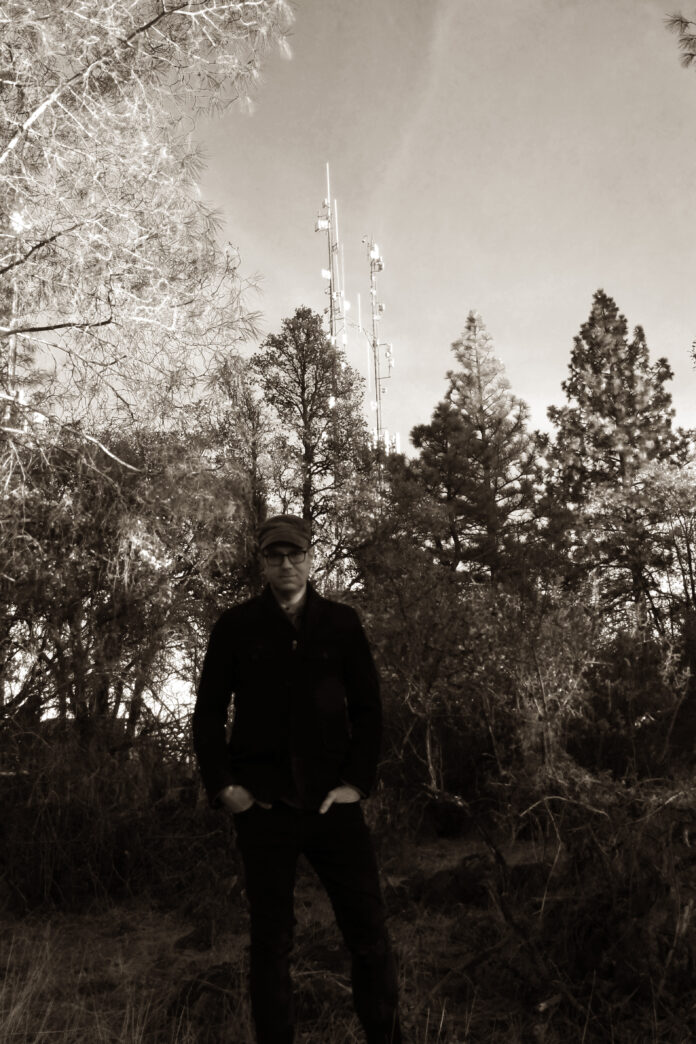 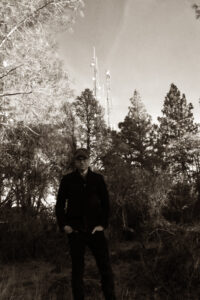 Jim Haynes’ newest When The Sky Burned is not much of a record, but a meditative reflection of these-days reality.

Haynes, is not much of an experimentalist. But the artist who speaks his own language. Loops instead of syntactic structures, textures instead of words, exclamations.

In the interview for Louder Than War, Dan Volohov speaks with Jim Haynes, about the concepts of When The Sky Burned and his journalists work, about limitations and anxiety, textures and tension.

LTW: When the Sky Burned is the record that reminds me meditative practices to a degree. What was on your mind while writing the album ?

“Allegories to police violence and the scorched landscape due to environmental collapse are hardly meditative practices from my perspective. But to each his / her / their own. The opening track, Multiple Gunshots, was inspired directly out of the calls for police reform and racial justice caused by murders of George Floyd and Breonna Taylor, specifically. It’s one of the most caustic pieces of music I’ve composed. Again, from my perspective.

There’s a repeating loop of an acetylene bomb exploding, coupled with a gradual arc of harmonically dissonant tones. Which eventually ruptures with a very tactile crunch of noise. Aaron Turner and Faith Coloccia had asked me to contribute something for a SIGE Records benefit series in the summer of 2020, with all proceeds going to numerous organizations supporting causes around racial justice. I had been working on this piece for some time, but the current events and the palpable sense of anxiety pushed me to complete that piece in this particular way. I reworked it a bit for the album version on When the Sky Burned.

Psychic dislocation and psychological tension are the intended paths in which I am attempting to address whatever metaphors, allegories, etc. through the music. To return to the remark this is a meditative practice, perhaps that would only be the case for scream therapists or the emotional purging that Otto Muehl promoted through his very problematic, post-Aktionist commune.”

LTW: When you’re performing having an instrument in your hands, you always can put some stress on a certain thing, make accents with the physicality of your playing. Dealing with experimental music, with tape manipulations and filed-recordings, you don’t have such luxury – what allows you to express your feelings having a limited set of options ?

“In speaking strictly about performance, I made a pact with myself a very long time ago that I would never perform behind a laptop. While the table full of pedals, synths, motors, contact microphones, radios, infrasound detectors, piles of debris (sand, teeth, rust, insects, metal, etc.), strobe lights, mixing board, etc. can force my attention to be directed at this gear (and thus make the performative aspects rather small), it can be surprisingly agile means for sound production.

There may be “limitations” present in the way that these sounds are generated in terms of playing a melody, but they can be incredibly rich in terms of density, harmonic overtones, dynamics. I had been moving further away from using backing tracks in performance, attempting to render a loose score directly with my hands and the tools at my disposal. But some shortwave frequencies needed to be sampled for playback as it’s next to impossible to gauge exactly if anything of interest will be in the ether when it’s time to take to the stage. Of course, some of those chance operations do come into play within performance, but within certain parameters.”

LTW: While working with sound-textures, how do you find the way to express your feeling using them ?

“Textures can be very mimetic of any number of psychological feelings. I had begun working with very tactile sounds as an articulation of decay. At first, this was a literal attempt to recording the chemical decomposition of steel as it was being oxidized.

The results were not terribly interesting, but this led to further research with my collaborator at the time, Loren Chasse in our project Coelacanth. Many of the sustained drones that girded much of the textured noise and soft focused abrasions from that work could be rather soothing, though in dark-hued manner.

Shortwave radio in particular became a very important tool in sculpting textures, as the underlying static, the compressed hiss, the radiant black noise, the crackle always had this alienating force to its sound. John Duncan had long used shortwave in many of his impeccable albums (e.g. Dark Market Broadcast, River In Flames, Send, etc.), and I certainly draw inspiration from his use of that tool as a musical instrument.

The motors and turbines in particular are wonderful at creating drones that are uneven and very raw especially in comparison to the pure sinewaves generated from a synth patch. And coupling the motors with shortwave and synth can be lead to some very rich textures.”

LTW: Abruptly Scattered is a good example of your layering technique – how do you use different layers of sounds creating the whole picture that eventually collapses. Is it something that attracts you, structurally?

“This is an interesting piece to call out. As I built using a detuned broadcast from a shortwave radio transmission that already has a rough sawtooth abrasion to its timbre. Upon this I used slabs of junk noise from scraping metal in very regulated sections. Then introduced piercing tones with similarly sawtooth tactility though at higher frequencies.

The structure is about creating and amplifying dissonance without having to rely upon smashing down on a DOD pedal. Though that does happen near the conclusion of the piece but only to announce a squall of upper register frequencies.

Timbre, overtones, and the crashing of multiple layers into each other are very satisfying to work with. In the accretion and dissolution of layers of sound, I can allude to narrative structures. In the case of Abruptly Scattered that would be a sense of control that is disrupted and disregarded. Jarring jump cuts and crescendos that collapse into nothing are strategies that are certainly recursive in my work.”

LTW: What was the concept behind “When The Sky Burned” ?

“When I finished this album in the fall of 2020. Much of California where I live had been on fire for months. Numerous wildfires were blanketing the western states with smoke that none of us could ever forget. Apocalyptic is an overused adjective, but it very much fit the conditions at the time. This was also coupled with the anxiety from the US Presidential elections that were to take place in November of that year. While this title became appropriate given the environmental and political climate, it’s also a reference to Zbigniew Karkowski. 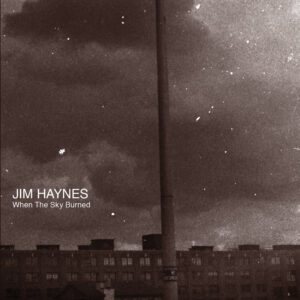 I had a rather complicated, if distant relationship with Karkowski up until his death in 2013. Mostly I was a fan of his work, especially his contributions to the 1992 Phauss / Karkowki / Bilting CD on Silent Records. But In 2001 I wrote my first feature for The Wire on John Duncan. In which I cited Karkowski as being a collaborator with Duncan alongside Andrew McKenzie / The Hafler Trio.

That citation resulted in a drunken invective hurled at me through The Wire. Because he took grave offense at being mentioned in the same sentence as McKenzie. At that time, I had no idea that Karkowski and McKenzie had a massive falling out. Which resulted in McKenize putting Karkowski in the hospital. I still don’t know all those details, and I don’t really need to know them.

Nevertheless, I felt Karkowski’s reaction was entirely unfair, given that information was not in the public domain at the time. In any case, I did work with Karkowski a number of times after this through the sound arts organization 23five Incorporated. We published an album of his and brought him out to perform a number of times in the Bay Area. My colleague at 23five Randy Yau had always maintained a good relationship with Karkowski. And that helped smooth at least some things over. Still, I maintained my distance from Karkowski and NEVER drank with him…He was notorious for getting blindingly, angrily drunk and blanking on everything that happened the next day.

After his death, I most certainly felt a sorrow that the world has lost this artist. But I was also very conflicted as I wish there could have been a conversation about what happened. I don’t think he was capable of remorse or reconciliation, but I wonder if I was wrong in that analysis. So this album is a tenuous homage to Karkowki’s early works. With the chest, cavity rattling lows and the shrill sustained high frequencies. The title in fact is a direct translation of the opening piece to that aforementioned Silent CD – Als Der Himmel Brannte“.

When The Sky Burned is out now.