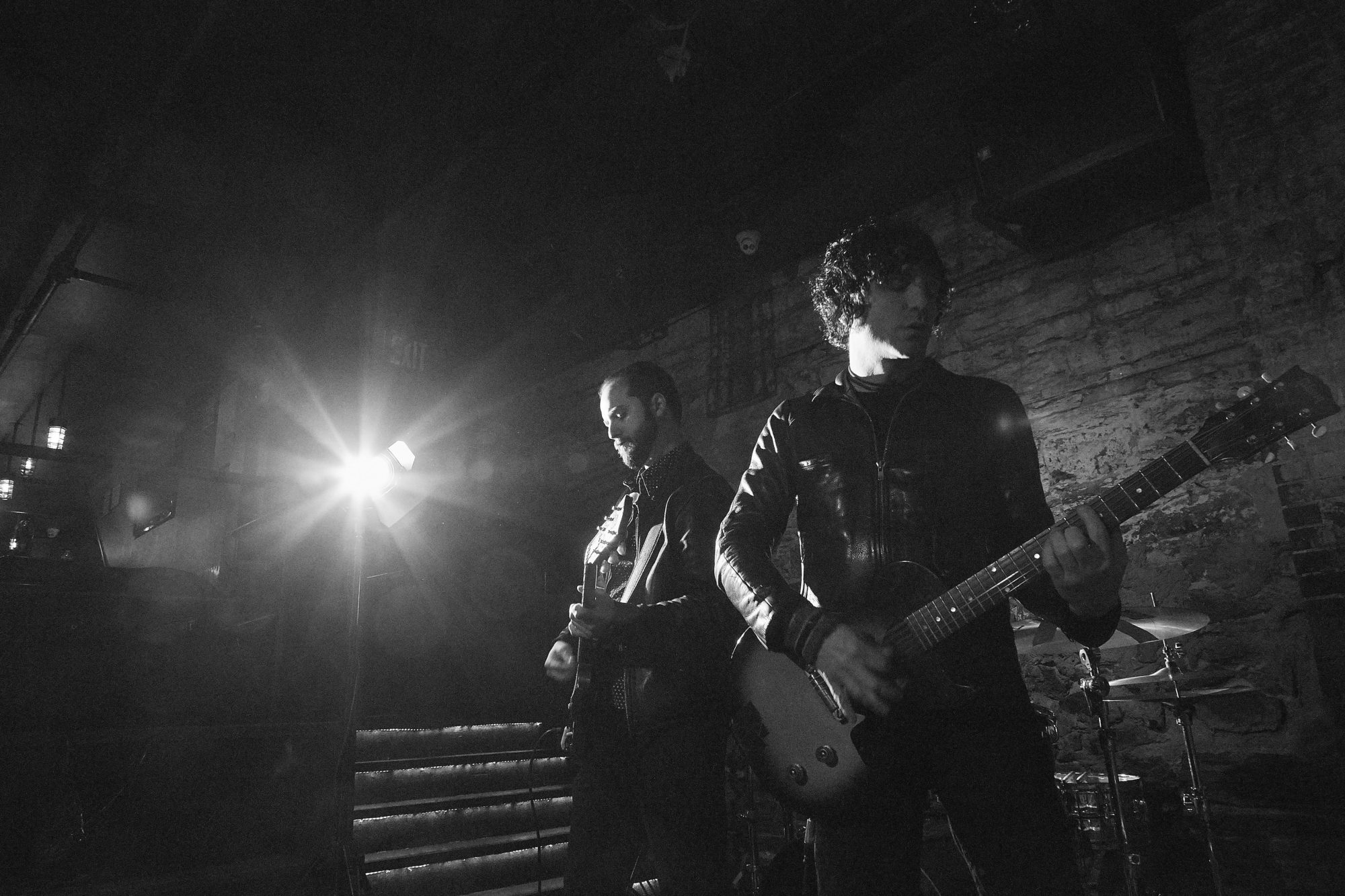 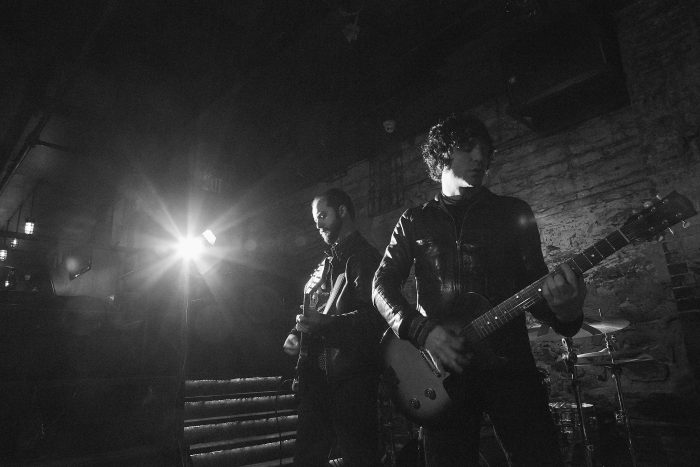 New York singer/songwriter with punk roots Jesse Malin is touring the UK this week. The lead singer of former glam punk band D Generation also has a new single out and took time out of his busy schedule to talk to Louder Than War.

LTW: Tell us about the new single “Whitestone City Limits”? What is it about?

“Whitestone City Limits” is a song about getting out … getting out of a place that feels like it wants to take you down and kill your individuality, soul and spirit. Just another small town with some great people in it like many places but a lot of fear and ignorance. It was the power music records by The Ramones, The Clash, Cheap Trick, AC/DC, that got me in to a part of the city [New York] where it was ok to be different and create something of your own.  The rest was written at a soundcheck just after listening to some Chuck Berry and Ike and Tina Turner on the bus.

You are also re-releasing an old album. Why was it time to re-release The Heat and how is it still relevant for you and for us as an audience?

Last year I released two new records Outsiders and New York Before The War and it was an exciting time. We toured a lot and the vinyl was selling like hot cakes at the shows. The label One Little Indian records suggested putting out some reissues of the first three records I did on their label with deluxe packaging and a bonus disk of outtakes and demos. It seemed like a fun Idea. The Heat was never available over in Europe/UK on vinyl so that made even more sense.  It was fun going through the demos to add them on.  Many of these songs have been showcased in my live set for years and hold a lot of meaning for me.

I know you’ve been touring for a while. What do you enjoy most about touring Europe? Does it feel different after our recent political upheaval in the UK (namely, Brexit)?

I like the passion of European audiences. They come early, know the words, get involved in the show and are loyal and dedicated. It’s where I broke first before the US. Plus the beer is a lot better over here!  I just started the “Anarchy 2016 ” July tour and have only heard from some fans and friends about their concern over Brexit. The kind of separatist way of thinking is something that Donald Trump is pushing for back in the States. It’s scary and could be very dangerous for our world. Music and rock and roll to me is about unity – global unity.  It is about all colours in harmony. I know this a very optimistic way of looking at things but many of us have seen this happen on large and small levels.

What is punk to you and how is it manifest nowadays in our art and culture?

Punk to me is an attitude, a life style, a way of looking at things. It’s about change and questioning things, not just a music movement or fashion.  There was Punk way before 1976. French poet Arthur Rimbaud was punk, comedian Lenny Bruce, Russian-American anarchist Emma Goldman, musicians Johnny Cash, Nina Simone, John Lennon were all punk. Today, like many times, you might have to look deep to find it. I believe Bernie Sanders has a lot of punk in what he is talking about for the US. I find more subversion in art these days, more than music but hopefully more defiance in new groups will emerge now that the 1970s punk rock is in libraries and museums, getting its accolades as being a part of modern culture.

Would you still consider yourself punk? How?

I was part of the early hardcore scene in New York City and got to create a lot of things there from the ground up, outside of the system and that has stuck with me. After this UK tour we will release the new D Generation record on July 29. I head home to rehearsals for that tour and reunion with my five friends [band members]. Almost everything I do to this day, I can’t really say it is punk or folk or rock or  alternative country or  singer / songwriter or glam, goth or rasta – all the labels are really limiting. Let the critics try, I just do what I do.

You have often played with and worked with some great artists and producers. Is there anyone you are working with now or will be in near future? Or anyone you’d really like to?

I have been lucky to work with some really amazing folks, super producers like Ryan Adams , Ric Ocasek , Daniel Rey, Andy Shernoff , Tony Visconti, Rob Caggiano, Tom Schick, Diane Gentile and recently songwriter Don Dilego. I am really grateful for all of them and what they all gave to my music. In the future I would love to work with [American producers] Chris Goss, Mike Mogis or David Fridmann.

You and Bruce Springsteen also recorded a duet together a few years back. When was the last time you heard from Bruce?

I last saw Bruce at some of the “River ” tour shows this year in the States  – he is always very real. I went to Dallas with a friend of mine who had very recently lost his 19 -year son and was very, very broken up over it.  He asked me if I would ask Bruce to dedicate “Independence day ” to his son.  During the show I sent back a letter to Bruce with this request and as we sat there out in the seats it happened, just as the musical intro came on, he sent out the song to my friend and the son he lost. It was so powerful it had us all in tears.  I think it helped my friend through a horrible time. That arena was our church that night and after the show Bruce had us come back to say hello and he gave his condolences. I will never forget that night. He is a great man and great artist.

Where do you see your music heading both sonically and lyrically for your next project? Is there anything in the pipeline?

I have begun writing a bunch of songs and its  too early  to really say what direction it will take.  I let the process take me to places I might not expect or plan for. I want to make the best one yet and I always want to challenge myself with some new sounds and stories.   I am really excited and nervous  with  all the possibilities. It’s a heavy time in world right now, we need things to help us “rise above ” as Black Flag once said.

Interview by Herpreet Kaur Grewal. This is Herpreet’s first piece for Louder Than War. You can find her on Twitter. 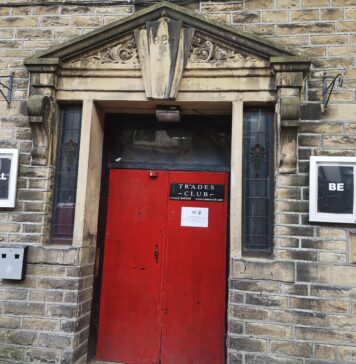 August 6, 2020
0
Like many small music venues the Trades Club in Hebden Bridge is facing an uncertain future so...
Read more