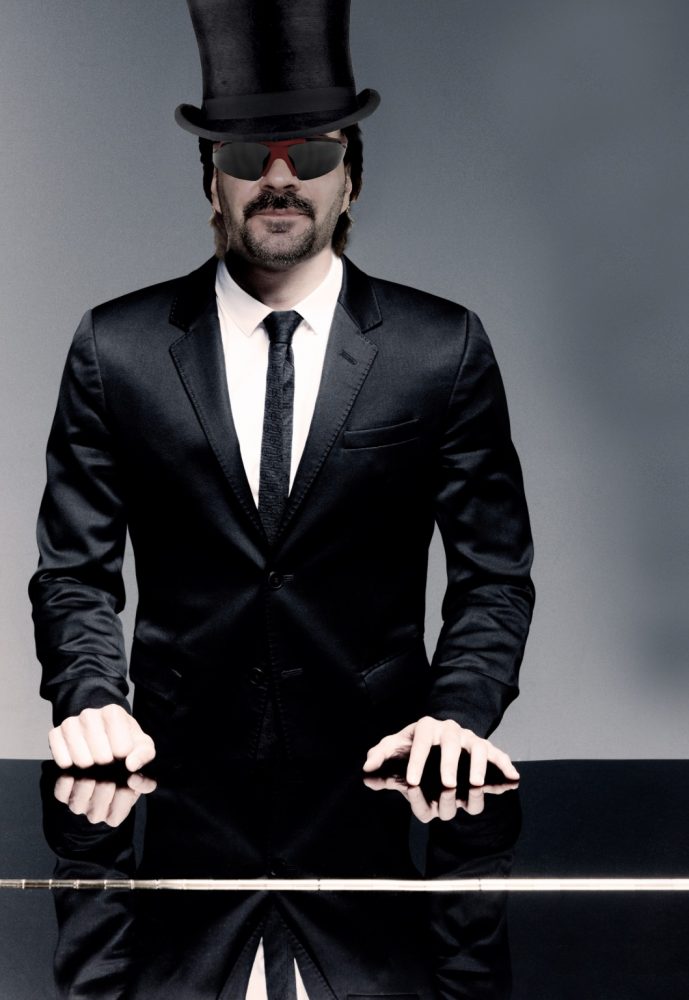 Artist Jerry Hull impressed me not only with his music but his love story as well. Leaving America and relocating to England because of love, he now makes his home in Hull. 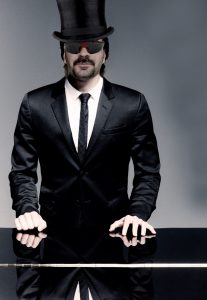 I shared questions and answers with Jerry regarding his life and music in a vet poetic way. His interview reads almost as a story and his music is quite the same.

Louder Than War: Tell us about your music and what influences it?

Entirely original, never a cover, unpredictable, intriguing, infectious, humanistic, historical and includes imaginative and factual storytelling containing nostalgia. Some of my music has the sound and style of West End London and Broadway style productions as well as film scores. It is piano driven and accompanied by soaring vocals along with various instrumentation. My music takes the listener on a roller coaster ride of emotions; evoking the saddest, most memorable, wistful, and impressionable moments, to zany and extremely happy fun-filled uplifting moments! It harks back to the popular sound and style from the 60’s ,70’s and dabbles with film noir of the 30’s, 40’s and 50’s all with a modern twist of imagination. My music encompasses genres such as: pop, rock, blues, boogie woogie, The Memphis Sound, Americana, gospel, country, medieval, jazz, ragtime, orchestral, and romantic love ballads–but my mainstay tends to be pop/rock/blues and ballads. Influences include Mozart, Bacharach, Elton John, Billy Joel, Todd Rundgren, New Orleans sound and the Memphis sound. When I write a song, its almost always inspired by life’s experiences,

Where are you originally from and what has brought you to live in the U.K.

I was born in home of the blues and birthplace of rock and roll, Memphis, Tennessee. Once upon a time, I was working for a notable architectural firm in Memphis and attended a products display show where I met this young Doncaster lady there. After we hit it off with coffee and dinner, I found myself making regular visits every chance I got to the UK to visit her. Then, one day, we had to decide was she coming to live with me or me with her? I decided me, as I have always wanted a change and loved England, but foremost and more importantly, I realized I did not want to take such a fragile flower from her Kingdom and decided to move to the UK with her. Little did I know this woman would change my life in such a drastically positive way! Once, we were walking through this old abandoned Victorian railway at Kiplingcotes, a small and charming hamlet in a very gentle and idyllic East Yorkshire, with grown up wild apple trees that dangle over its public footpaths and ancient cross bridges long forgotten, you can feel the presence of spirit of those who were here long ago. Pondering along its beauty with the one woman who changed my life forever for the better, one can’t help but realize what a far cry from where I actually came from, one of smog and car exhaust, hustling and bustling every single day through oversized cities compounded by extreme weather of either burning and stifling heated sunshine and high humidity to frigid arctic icy conditions. For 40 years I lived in this environment (mostly Memphis) and now here (Hull, UK) I am for the last 16 years in a place where none of that harshness exists. With such a positive change in a person’s life, after spending 20 some odd years on the road gigging and partying in those extremes, how could someone not be impacted in such a wonderful way, that you become overflowing with ideas and ambitions of creativity? For it is truly places such as these that have recently had a huge impact on how I perceive life and coincidently, how I now approach music both literally and harmonically. So much so, that I have just in the last mere 33 months written and produced over 300 songs. And they keep coming!

Seeing the look on people’s faces during a very moving and emotional performance. Whether it be laughing and smiling to crying and staring. If I have touched a heart in some way, then I am satisfied and done my job. Being able to express myself through my most favourite art, music and receiving the praise back for it!

Do you have a musical hero and if so why?
Elton John. You see, it all started with my late father who was an excellent guitarist, vocalist, and songwriter and his parents before him, so, I took an interest in music at an early age 5 or 6 and of course it was encouraged from my musical family which included a gospel quartet of 4 sisters (2 sets of twins not identical) that my Dad accompanied. So, from there, I honed in on my own musical abilities and found what I was good at and what I wasn’t. For example, I tried the guitar, the snare drum and trumpet and they did not take. But after hearing Elton John at 13 (very impressionable age), my musical idol and mentor, I knew the piano was what I wanted to pursue and luckily, I found I was quite good at it after being enrolled at classes with a local teacher who had a small studio and taught a small class of roughly 8 to 10 students at a time. As I picked up the techniques and music theory rather quickly and efficiently I knew then I was going to be good at the piano. Within the first year I started in a classroom with children very much younger then me around 6 or 7 and then found myself progress to classes with experienced senior adults around 60 or more! At 13, I remember that made me feel funny, but I began to suspect and realise why. I took a keen interest very quickly the formation of notes and chords, their actions, their behaviours and relationship to staff. Around that time, I became fascinated with classical music especially Mozart and have been influenced by classical music since. And with Elton having his classical background and the style you can hear in his music along with so many others, it makes since I would be similar in my musical interests and style today. A lot of the music I create today has some sort or bearing or foundation that’s classical.

If you could play on stage with anyone, who would you choose?

Sir Elton John and I would rock out to his Saturday Nights Allright For Fighting and close with one of my ballads such as She’s Everything To Me. Oh God that would be a dream come true!

Is there a song that never fails to cause you to be emotional?

Oh God yes. Yesterday by Paul McCartney and here recently, I wrote a song about my childhood. It’s called “The Playground” from my latest album “Celebrate In The Sunshine” and it takes me right back to elementary school, where years later, I go back and try to find the old decrepit place where all my “little friends are calling me back again”. It really has an effect on me In a major way.

Most likely two more new albums, one of which, will be my 6th album, is presently being worked on and due for release around March or April 2018. I’ll continue radio shows, interviews, more additional albums. Some local recognition. More internet recognition and presence. More different approaches and experiments. More musical unpredictability but with expectations fulfilled, as I don’t like doing the same thing all the time. I’ll happily continue creating always as it’s in my heart and soul.