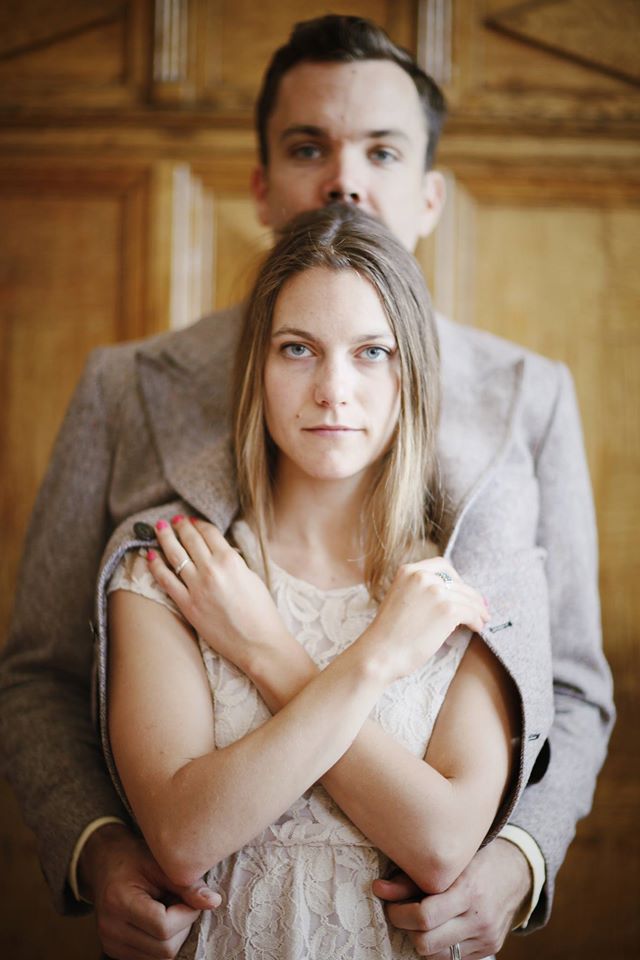 A Hawk and a Hacksaw are making their way from their Albuquerque base to play three Yorkshire Festival gigs and Paul Clarke caught up with accordionist Jeremy Barnes to find out more as they prepare for their gigs in Hebden Bridge, Leeds and York.

A Hawk and a Hacksaw are made up of Accordionist Jeremy Barnes, who was previously the drummer for Neutral Milk Hotel and Bablicon, and violinist Heather Trost who play mainly instrumental tunes inspired by Eastern European, Turkish and Balkan traditions.

They used to record on Horsforth based label leaf so they familiar with ‘God’s own county’, so it’s no surprise that their idiosyncratic sound came to the attention of the Yorkshire Festival that is spending two weeks from June 16 working with local arts organisation to showcase some top quality acts.

The Yorkshire Festival 2016 grew out of the cultural festival that ran alongside Le Tour in 2014 which attracted millions of people into the county to watch the world’s toughest cycle race.

You’re on tour in Moldavia which is bit off the usual tour circuit so why gig there?

The question answers itself! The fact that it is off the usual circuit is the reason to go there. We also love music from this corner of Romania and are staying with some good friends. Romania is an extremely beautiful country.

How does a boy from Chicago develop a love of Eastern European music?

I’m from New Mexico, not Chicago. But I was living in the Ukrainian Neighborhood of Chicago when I was about 22-23 and that is where I first really heard music from this area. I bought some used Romanian vinyl at a thrift shop and fell in love.

Can you fuse Americana and Eastern Europe music?

I don’t know what Americana is exactly. How does it differ from “American?” Or “Americano?” It’s kind of a country music? Is that right?

How did your unusual band name come about?

It’s a reference to the book Don Quixote in an English translation.

What can people expect from you and Heather on the upcoming Yorkshire Festival dates?

Rhythms, melodies… notes… we’re playing with our good friend Issa Malluf from Albuquerque who is an incredible darbuka player.

How can people get hold of your music?

We put out our own records, along with music from Romania, Turkey, the Caucasus and elsewhere. You can check out our site www, lmduplication.com