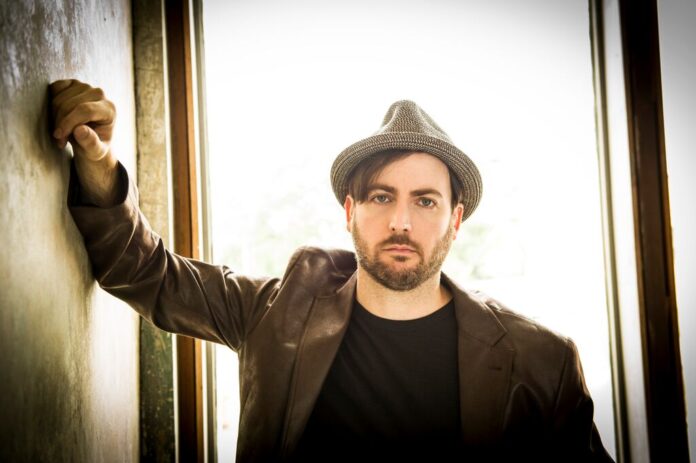 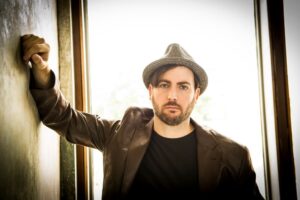 “Inky Ovine” is the unique and unusual title of the new release by indie artist Jas Patrick, which has been in the making for several years. His rock, bluesy style originates in Nashville, however he claims to be influenced by Brit Rock.

Patrick plays all the instruments on the album, except bass guitar, having learned to play drums at age 4. He is fiercely dedicated to being a DIY artist, and although his release is an EP, Patrick is looking forward to completing a full length album in the very near future.
Louder Than War was able to ask Jas some questions….and received some of the most creative answers ever…
Louder Than War: Your release has a very unusual name, “Inky Ovine”, where did you get it from and what does it mean?
Patrick: Thank you!  As an unusual person, I take that as the utmost compliment!
It’s simply a cheeky way of saying “black sheep”.
Do you have a favorite artist?
Patrick: I have loads. My table wine playlist on Spotify has nearly 500 songs therein–I’m really all over the place; but I’ve found that my somewhat preferred genre, if you can call it that, is British rock.  And I mean, all of it!  60’s through now.  And “rock” is used loosely.
Of course we have our classics, but I dig the new wave stuff and the punk stuff and the britpop stuff and the northern soul stuff and the shoegaze stuff and all the bits in between.  They have a melodic sense (melodicism?) that I love and it does seem to be something in the water or the fog or what have you.

I’m desperate to get over there and bottle whatever it is they ingest.  Black pudding..?  As long as it isn’t haggis.

British rock fandom aside, I’m also a fan of jazz (early up to wartime–Louis/Satch, Bix Beiderbecke, Duke Ellington, Benny and so on), 90’s american rock, 70’s groove/southern rock such as Little Feat and the Allman’s and soul stuff.  If I’m being honest, I’d also include video game music, soundtracks and electronic stuff such as Michiru Yamane, Toshiyuki Honda and Aphex Twin.