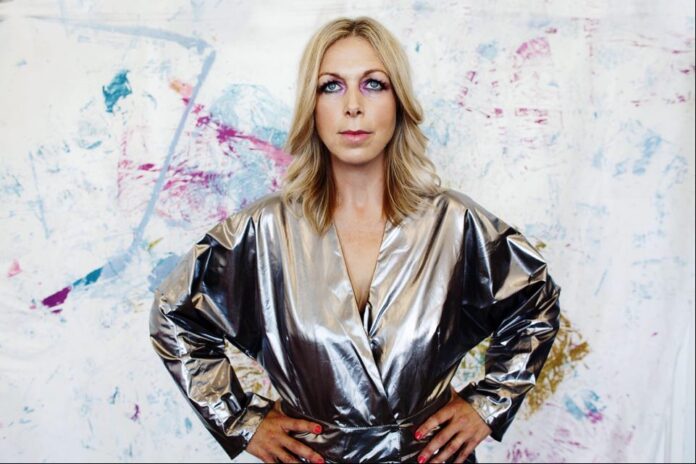 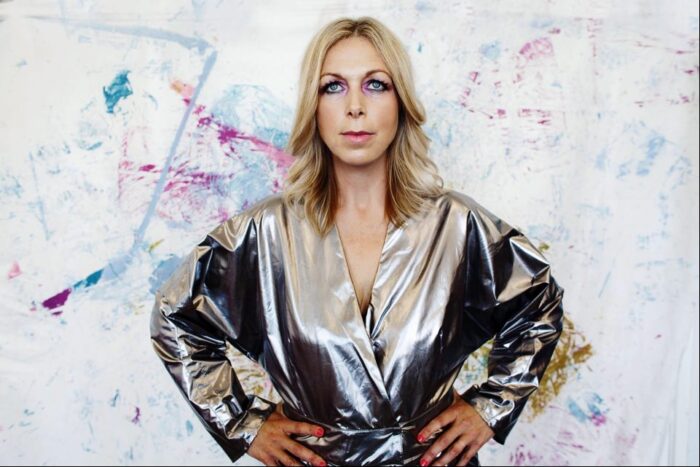 Jane Weaver, though very much with arms open to the future (as new album Flock, a neo-psychedelic odyssey, proves) is in many ways proving to be like a pop star from another time. And I don’t just mean in the way echoes of eighties big hitters might lurk in her poppier moments, such as the Prince-esque Revolutions Of Super Visions, but in her fearless therianthropy and sprinklings of enigma. She gave me some insight into the record:

The very word “Flock” conjures up the same things the album does at times: collectiveness, nature. What’s the significance of it as an album title/the album’s title track?

I didn’t want the record to be conceptual like others I’d done, but I did have this idea about the first track and that it would be a dramatic opener entering a sonic wood and surrounded by nature and birds! But yes, Flock is a collection of pop songs that I don’t think lend themselves to just one thing, I just went with the flow and looked at each song individually. The artwork features me in a peacock chair surrounded by birdboxes waiting for the flock to return.

The way you deal with “the revolution” as a supernatural force has a somewhat Jungian undertone. How do you think these plague years have affected our collective unconscious – especially in music and the arts?

I can’t help thinking that musicians and artists and the supporting industry feel very undervalued at the minute, it’s understandable that gigs had to stop but we follow the rules and we still have rent to pay, a lot of people have had zero support, and Brexit rules are now another thing to navigate. Digital streaming is a great invention but lockdown has highlighted the problem that streaming for a lot of artists is unfair, the combination of all of these is quite a lot to deal with in a short space of time especially living in a pandemic. I think there is a strong collective energy and I’m hoping something positive will come out of this when we return!

You talk on the album about wanting to smash the patriarchy and the nature of the industry. In the wake of Me Too, where do we go from here?

Keep promoting equality and calling out bad behaviour, its inspiring to see bold moves from successful female artists who’ve been faced with an abuse of power from those they’ve worked with closely and they once trusted, the threat of someone deliberately trying to undermine and dismantle your career is hideous, just because they can. Taylor Swift and Kesha continue to fight back and empower themselves after the experiences they’ve been through, and its also highlighting what actually goes on in the world and exposing sexism and the dark side of the music industry.

And finally, what three acts have had an impact on you that you’d urge anyone to listen to – one local, one national, and one international?

Many thanks to Jane Weaver 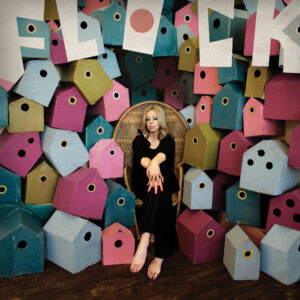 Even without Weavers interview, a single listen to Flock would assure any listener immediately that this is the work of someone with a vision – or many visions – and not just a desire to make them a reality but an impressive ability to do so. The dramatic opener evoking a bird-filled sonic wood – current single Heartlow – achieves just that, welcoming the listener with a broad and dazzling wingspan. The songs are kept together with that kind of modern psychedelia that made her name at the heart of it, so it always sounds cohesive, but her desire to move away from the totally conceptual is hugely evident. From the way Stages Of Phases morphs into a kind of glam rock stomp, to the buzzing minimalism of Reputation (balanced against those blazing lyrics about smashing the patriarchy), she showcases a kind of glee in her ability to tap into her chameleon nature to create well crafted pop music of the most exploratory kind. The title track is an assured highlight, winding beautifully and immediately calling to mind the flock of some bird half-glimpsed, half-known, while Weaver sings “to never stop the night/to fall for me,” like some starlit cryptic warning.

Closing with Solarised, sunrises are called to mind in an almost pagan fashion, the album almost coming full circle as it takes us into the next morning with the almost liquid warmth of her soundscape. With lyrics questioning someone’s narcissistic and self-aware nature, there’s still the realism that permeates Weaver’s work, especially when she has something crucial to say. Weaver in unafraid the industry, patriarchy and the world to task in a way that should make anyone sit up and take notice, and well as dealing with those universal themes of nature and our collective consciousness. The fact that she can do so with a bright, unpretentious pop sensibility, a neon glitterball hanging in a woodland, is what really marks out Flock. Its the exotic breed that would stand out in any aviary.