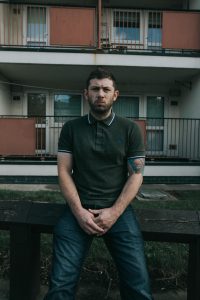 If you’ve ever been to Derby, let alone grown up there, you’ll be well aware that the arts and cultural scene isn’t something which is big on the local council’s priority. However, despite this, Derby has always had a strong counter culture and creative scene, provides a variety of music, art, film and poetry.

Derby’s latest performance poetry night, Word Wise, is part of the city’s growing spoken word scene, which includes nights such as Twisted Tongues and Deda’s poetry evening. Bringing in poets from across the UK, the night has played host to some of the biggest names on the poetry scene including Andrew ‘Mulletproof’ Graves, Anthony Anaxagorou, Joolz Denby, Toria Garbutt and more.

Jamie Thrasivoulou, poet and event promoter spoke about the event: “Wordwise is a community based event that supports both local artists and artists from further afield. We’ve had a really good response from the local community, people seem to be enjoying the nights.

“There’s a large emphasis on making sure that we give equal opportunities to people from all backgrounds and we’ve had a diverse range of people perform. We do our best to make the nights buzzing and energetic and I do my best to enthuse any new and old kind of performer.

“I want people to know there’s a friendly audience that are supported waiting for them.”

However, he also has big plans for the event: “Personally I won’t be happy until were selling out every night. There’s a lot of stuff that’s booked in which I can’t say too much about.”

Jamie emphasises that the poetry spoken at his event may not be what some people believe it to be. “We like to smash all the preconceptions of poetry as what we’re doing can sometimes be frowned upon by the literary world.

“I’ve certainly been told that I am not a poet, I’m a spoken word artist. That to me is the general attitude that you encounter by the higher realms of the literary scene. We’re not the poetry that you got stuffed down your throat at school, we’re a different kind of poetry. We’re poetry for the people.

“I’m more interested in artists that come from a background where they have something to say about the world and their own lives. As opposed to meandering around fields, looking at flowers and bees. Although that poetry is great, we’re more interested in a different type of poetry; progressive and possibility a little more political, real and grounded.”

In terms of his own work Jamie is known around the scene as being honest, gritty and direct, dealing with issues that mainly focus around the working class. “I try and get out there and perform a lot and do lots of stuff around the Midlands. I’m yet to make my London debut, but that’s booked in.”

Jamie has also got a poetry book coming out later on in the year called The Best of a Bad Situation. “I won’t say the press as they want to announce it, but I’m just doing the edit now. I also plan to start a Derby press for poets trying to get their work out there. There are no publishers in Derby so I’m speaking to a few people and we’re going to try and get some funding.

“As much as I’m doing ok with my own career I don’t feel like that’s enough. I feel when you’re doing well you should try and help others. Everything I do is community based and it’s not just about me, it’s about everyone else as well.

“Currently the Derby scene is thriving and there are lots of good artists out there and we’re just hoping to get them out there and help them network, because they really deserve to be heard.”

Word Wise takes place the last Friday of every month at The Maypole. Luke Wright will headline the next event on Friday 24 February 2017. Find Word Wise on Facebook and Twitter.