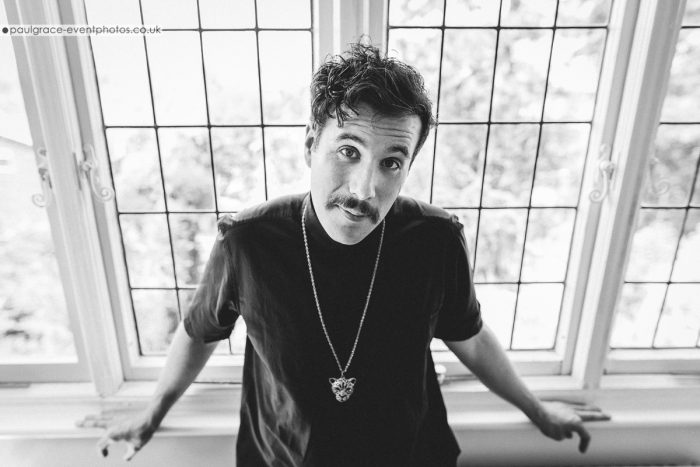 Jamie Morrison (Stereophonics/Drewford Alabama/Noisettes) recently launched an exciting new project which sees him inviting like-minded fans, musicians and artists to hook up, collaborate and get creative!

Working under the Producer name Pop Morrison, Jamie’s initially releasing a series of 6 EP’s entitled ‘If You Wanna Make A Song Holla Vol. 1-6′. The releases can be enjoyed as stand alone tracks but he’s encouraging fans and producers to take a step further, and to use the music as a foundation for their own remixes, interpretations and compositions.

Louder Than War was intrigued so caught up with Jamie in his South London studio to find out more. 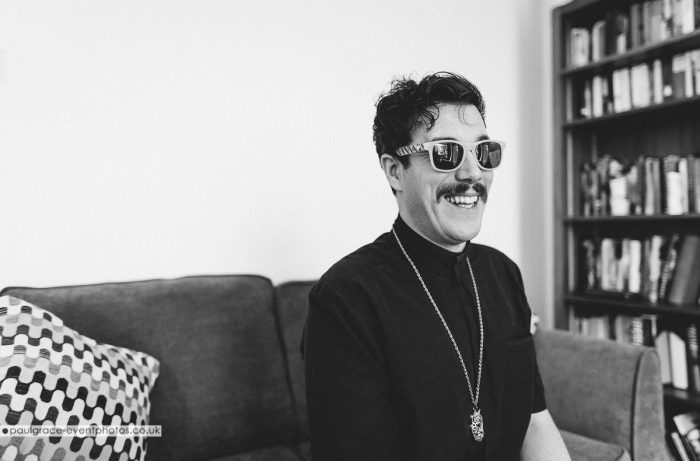 Hi Jamie, who is Pop Morrison?

Pop Morrison came about purely because I was making so much wonderful music. I truly felt like I needed to start sharing it with the world…for better or worse.
I was starting to get frustrated about having it all on hard-drives in my studio, for me art needs to be shared not kept in a cupboard.
A lot of the music I had been creating was for other artists which never got picked up for whatever creative or political reason. On days off from touring I would listen back to what I was doing and think it was amazing so it became obvious to me that I had to put it out myself.
Pop music has always been my favourite style so Pop Morrison was the best name I could think of to go with my art. I appreciate that the music I make covers a wide range of styles, but it’s all rooted within popular culture so therefore I am Pop Morrison.

What is the idea behind ‘If You Want to Make A Song Holla’?

I’ve been making music every single day for years now. After I start or finish anything I put it into playlists that I feel naturally fit with other things I have made, the folder for ‘Holla’ was originally called ‘Dope’. One day I was listening through the ‘Dope” folder and I thought these beats could be taken further; I had personally come to the end of my creative process but I imagined perhaps other artists or creative people may want a chance to take them further. I thought, why end there? As soon as I came up with the title ‘If You Want To Make A Song Holla’ I knew it was an interesting and relevant project to share. 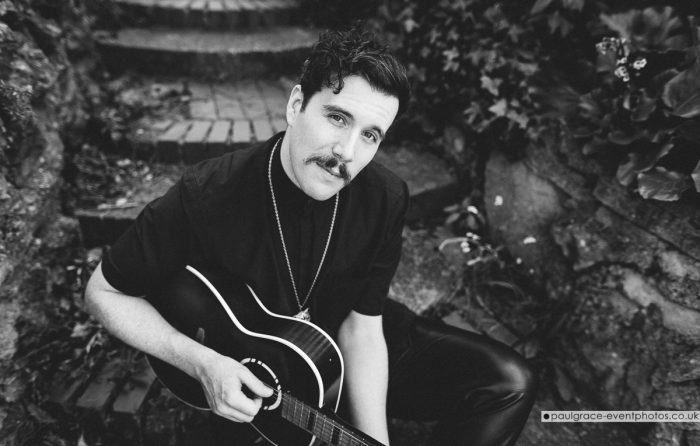 We know you as a drummer first and foremost but looking around your studio I see lots of different instruments. Can these be heard on ‘Holla’?

The thing about having a studio is that you can play anything you want, do anything you want. I did play a lot of instruments on ‘Holla’ but a big thrill for me is the collaboration with other musicians, so having friends round to jam and play often exceeds my expectations of what is possible. I know my forte but love to work with people who are at the top of their ability in their field. If I wanted to have some Adele style piano playing, I wouldn’t dream of trying to do that myself, I would simply get someone who lives and breathes that style.

How will the ‘Holla’ collaborations work? Is there anything specific you’re looking to gain from the experience?

I hope the collaborations will take on their own lives. I will support them all fully and do whatever needs to happen to share them to the world, frankly who knows what genius could come from this? Literally anything could happen, which is obviously very exciting.
I just want to break up the monotony of the traditional release. ‘If You Want To Make A Song Holla’ does exactly that. The day of the release it became a success because it wasn’t just an idea anymore – it was real. I hope to inspire and to ignite something exciting in people who perhaps never knew there was something exciting there.
To get started, fans/producers buy the EP’s and then reach out to me on social media using “I wanna make a song #HOLLA”. Then we’re off! 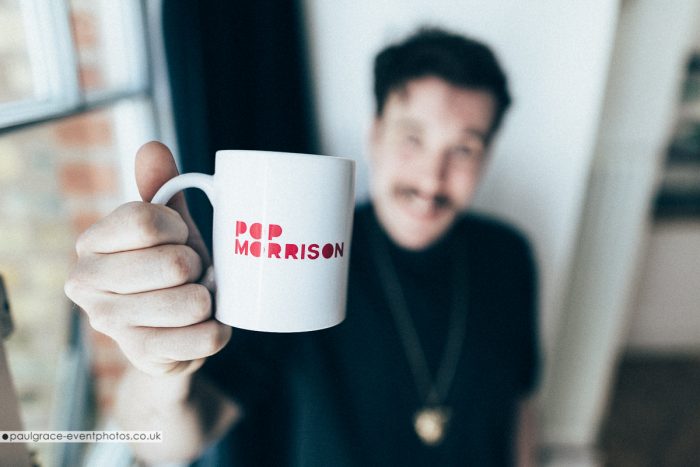 You can get hold of ‘Holla’ via iTunes as downloads. You can visit ninjasandwolves.com directly or via popmorrison.com to get hold of the custom Pop Morrison USB stick which also features a personalised video message from me, plus lots of cool photos.

What sounds did you grow up with? ‘Holla’ seems to cross multiple genres – I’m hearing mainly electronica but there’s acoustic guitar, hip hop and ambient, as well as other styles. Did you specifically set it out as such or do you tend to go the flow depending on the mood you’re in?

I grew up listing to everything, from hip hop to rock and roll. I firmly sit in a place where the song is the king and queen – I personally feel great songs transcend styles, a good song can be made into any style. So if it was a brilliant song I was a fan.
I would never say no to any gig offered to me, from Motown to drum and bass. Being a drummer you’re always set up at the back of the stage, you get a perspective of being able to see and hear what everyone on stage is doing and how the crowd reacts to certain vibes. You basically have the best seat in the house and you’re overlooking the whole experience – I absorb everything.
When creating music I now naturally just go with the flow. I know my past experiences and my love of songs influence me greatly but this is purely subliminally.
The combination of listening to lots of music and playing lots of music has been priceless. 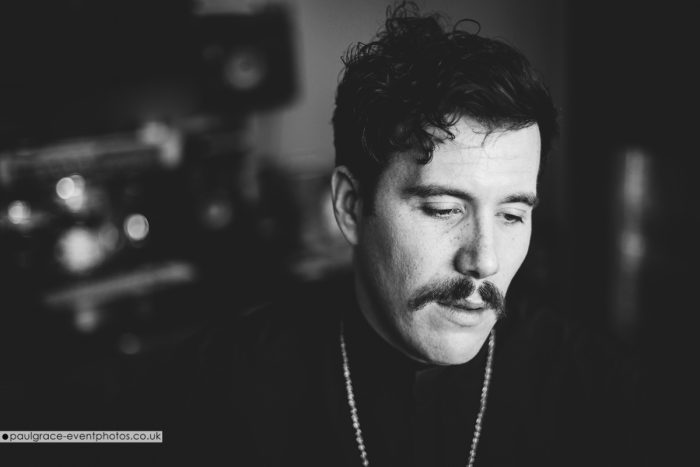 Are there any overlaps with your work with the Stereophonics and Drewford Alabama, or are they all separate entities?

The only theme and overlap running between the music I make or play is that it’s all beautiful and brilliant – each project should be its own entity and be taken to its own logical conclusion.

You also run a record label called Ninjas And Wolves. How did this come about?

Ninjas And Wolves is my way of ensuring that the music can see the light of day. Too many people make things and for whatever reason never do anything with it, I wasn’t going to join that queue. I was lucky that I had been working with record labels since I was 18 so I had a feeling I could do it.
I would love to expand on what we have and I have every intention do so, who knows what the future holds but Ninjas And Wolves is here to stay. 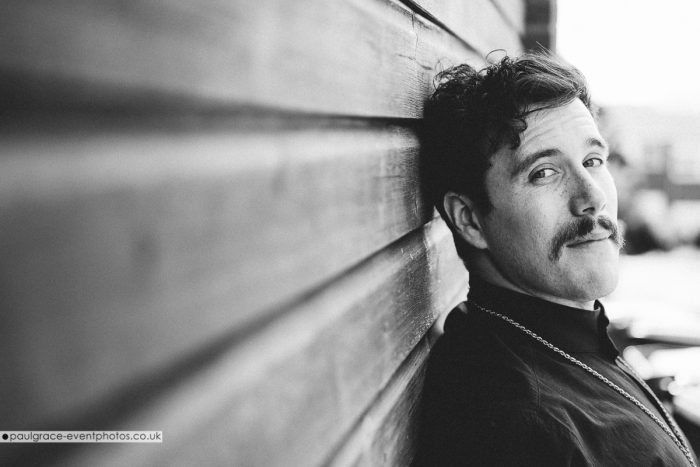 Will we be seeing any Pop Morrison live shows?

There will be shows, I’m working on a very cool and unique way of playing music live. It has to be different for me otherwise there is no point…for me.

Are there any plans to release a full length Pop Morrison album? If so will it be collaborative or just your own work?

I don’t really think albums are appreciated the way they should be. The way by which we now get hold of music has changed but not the people who consume music. I feel that just releasing brilliant songs as and when feels right to me. When you get to Beyonce or Ed Sheeran stature I think the album format still has an essence of the excitement it once had, but really for me I will be focusing on releasing amazing songs, and being part of amazing projects.

So Jamie, you’re clearly a man of many talents with your fingers in many pies, but what is your favourite pie?

It’s got to be apple pie!

You can find Pop Morrison online here: www.popmorrison.com, on Soundcloud and Twitter as @PopMorrison. The Ninjas And Wolves store is here: www.ninjasandwolves.com