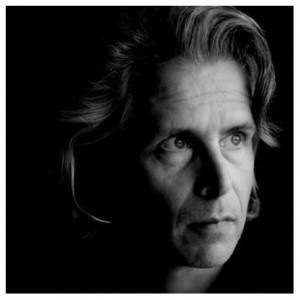 James Johnston has a mighty CV.

He is the core of Gallon Drunk who have consistently been releasing great and varied records since their debut a couple of decades ago. He is also the man to call for super session work in the dark clad bands like Nick Cave and the Bad Seeds , PJ Harvey,  Lydia Lunch, Ulan Bator, Barry Adamson and Faust.

He has contributed scores to numerous film and television projects, working with Ken Russell and acting for Olivier Assayas in his award-winning film Clean.

But it doesn’t end there.

He has just released a stunning debut solo album, ‘The Starless Room’ that is full of sumptuous songwriting and gorgeous lilting melodies. It’s an epic work and a thing of great beauty and one of the albums of the year.

1. Why a solo album after all this time…

There was no great initial plan, it’s just the way the writing went, and I had to go along with it. It felt really new and different in style, and it meant taking a whole new approach to recording it. We’d done two Gallon Drunk albums for Clouds Hill fairly recently, and I was finding it difficult to go further. I love The Soul Of The Hour, possibly my favourite of the lot, so it needed to go somewhere else, somewhere new. There were a few hints on that record, but mostly I needed a clean slate from the start.

2. Have these songs been festering away a long time.

Actually they were all written specifically for the record. I don’t keep many old demos, hardly any at all actually, I hate coming back to old ideas, I find I get stuck again straight away. I did a huge amount of demos over a year or so, and it gradually became obvious which the strongest were, and which style was heading in the right direction – so I went with that and ditched anything that didn’t fit. Once that decision was made things became a lot easier. At first I was still writing in a more Gallon Drunk style, but the breakthrough was the song Dark Water, the first half. It sort of came out of nowhere, and at first I wasn’t sure if I could sing on a track like that as it’s so far from what I’ve done before. But once that was in place it gave me so much more confidence to head in a direction that was all about song. Johann Scheerer who produced and played bass on the record suggested reducing the demos to just piano and vocal melody, and that opened things up even more, simplifying everything down to its essence. That meant we could build all the colour up in the studio and not get stuck on a pre-set arrangement idea. We could slow the songs right down too. That made a huge difference, that’s when it all started really sounding a lot more soulful and more like the sort of thing I listen to at home. John Cale (who I listened to a lot while writing), Nina Simone, Lee Hazlewood etc etc.

3. A big Change in style – was this deliberate or just the way the music came out or something you had wanted to do for a long time

I’ve often tried a far more melodic approach, but never really had the confidence to go with it, especially with the band. Once it felt like the right direction in the writing, it was so great to just enjoy writing in a different style, which meant a different style of lyrics, different instrumentation, it made everything feel exciting and fresh. Bit nerve-wracking too as it’s all so exposed. Making a solo record felt a bit like walking out the front door with no clothes on.

4. Has working with PJ Harvey and Nick Cave rubbed off on your song writing?

I think everything rubs off on you, and comes through somehow. Working with other people I’ve always found to be incredibly positive in opening you up, and broadening your palette in the way you play too. I learned loads of songs for a Marianne Faithful tour that I never did, and that definitely improved my piano playing and helped me find my style. The subject matter however came totally from within for this though. Again, it took a while to find the style for it, but once it did it took me away from the way I’ve written for Gallon Drunk and then I really started to enjoy the challenge of it. To me they’re the best I’ve ever done by a long way, and they had to be as it’s all so stark and open and exposed. It’s a totally different thing.

5. Did you write the songs in a different way? I.e. Start on piano instead of guitar or start with lyrics and let the words dictate the mood

I started on the piano with all of these. I wanted to get away from the guitar, certain chord patterns, riffs etc. Hardly any of the demos had any rhythm or drum patterns on them either, which left it open for Ian, who plays such beautiful stuff on the record. Really fragile on a lot of it. Laying down the piano and drums in the studio was so different to what we’ve tried before. So exciting playing at that tempo, where it feels like it can all fall apart at any second. Really beautiful to do. More like something like Big Star 3rd album, which I love.
I was writing a lot of lyrics at the same time as demoing, and I’d find that certain lyrics fitted to the mood of particular demos, even if it was a few lines, and then take it from there. Try and get lost in it, and be led by the mood and atmosphere of the basic chords and just see what happened. I’d walk up the river everyday and find a little quiet space in the Tate Britain Gallery where you can set up a table in a corner upstairs, stare out the window with a pile of notes and book and hope for the best. Sometimes you get nothing, sometimes something clicks, but I suppose that’s what keeps it exciting.