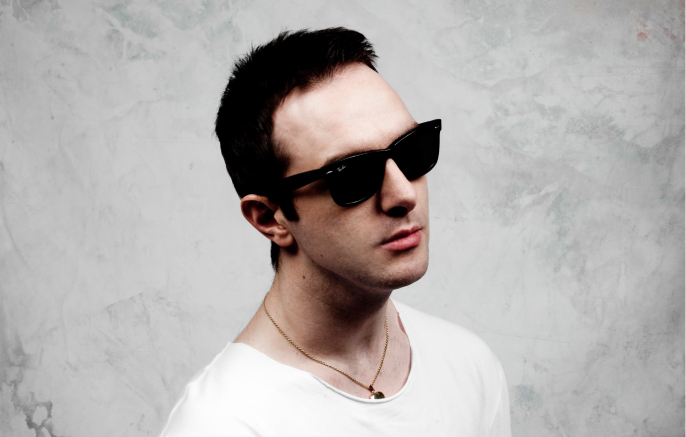 Its been a wee while since Glasvegas made the trip down to London to play Alan McGee’s Death Disco, and Mulligan Presents at the VICE venue in Shoreditch, The Old Blue Last. We liked them, they were authentic, they were from Glasgow, they were a family band, with cousins in it, cousin who supported Celtic AND Rangers, so they were well balanced. They were managed by cousins, Denise and Dean. What wasn’t to like ? Nothing! Before long, all you could hear when you walked into the Vice offices or the nearby NME office was the mighy GLASVEGAS. Before anyone could say: Daddy’s Gone, they had been signed to Columbia and I was e-mailing my brothers in America to pop down and see them in Portland, Oregon.

Music was crossing a threshold, and the Majors were panicking as the landscape changed; GLASVEGAS quickly learned how to self-manage, retaining their artistic integrity in the process, and after the performance of their second album, were dropped by Columbia. However, this band had also become a Scottish institution, and the number of shows where the audience chants lines from Glasvegas chants actually defies counting. James Allan, who at their inception, put me strongly in mind of Joe Strummer, singing while pouring that energy into his guitar, Rab at that time had a discernible fifties aesthetic which has now evolved into a style of his own and which places beautifully textured layers of guitar. Paul is as rock-steady on the Bass as he ever was, losing the giant novelty Specs he wore in the day. Jona, the stand up Swedish drummer with the asymetric haircut pounds out the beats in a way Bobby Gillespie never did with the Jesus and Mary Chain.

I spoke with James Allan prior to their outdoor Magners Session last week, check out what he had to say after the break…

Aye, Aye! How about yourself?

Aye, I’m just in the studio, finishing this album, and we’ve got a gig tommorrow! Just the usual madness, do you know what I mean? We’ve just been recording.

Shall I just fire into these questions?

Oh, right, I get you. Ha ha, thats a hard question to answer, its a kind of deep question and I guess I could go on all day! Right, okay, what am I moving away from today? because I’ve been working on music and stuff, I’m moving away from the canvas being blank, and I’m moving towards the canvas having some strokes of colour! That’s whats been happening in quite a simple way because thats all I have been doing today, working on music. And you know, when you start, there’s not a lot there, like there’s nothing and then, there’s something?

When I was at your last show at the Old Fruit Market in Glasgow in the New Year, one of the new compositions was about a prostitute, and I’m curious about the subject matter that is piquing your interest right now. Do you want to give me some insight into that?

Aye, that’s was a song called; ‘My body is a glass house a thousand stones ago’ ! All the songs I write, they always come quite uninvited. I never really sat down and thought: ‘Right James, think of ideas for songs!’ I think if I was to plan it I wouldn’t write the songs that I write. They are quite uninvited ideas, and they’re the thoughts that don’t really leave you! Its about a girl that I saw, as I was walking home from the studio one night, and I was walking past the Tennents factory in Glasgow. It was just a lassie, just seemed so young. Sometimes I see a couple of prostitutes right there. Its a quite a rough part of Glasgow, and the thing is, most people would feel the same thing I feel, a bit confused, or just sort of feel sorry, and for some reason I get home, I just imagined a big glass house being smashed and that what I thought of her. When I write, its not even enjoyment, enjoyment is not even the right word. Love isn’t the right word either. It’s almost like it’s something…it’s a much more something you need to write. You need to express something for some sort of cleansing, I don’t know what it is.

So, are there any other accidental observations or encounters like that one that you’ve alchemized into a piece of music, other than that one, recently, on this new album?

Aye, let me see, aw I guess all the songs. Some of them will be just directly me, and others will be like that girl, that’s not really directly me, the songs that I wrote, and although I’m not a Social worker called Geraldine, there’s an essence to that song that I can connect with. That’s when I’m singing …but I guess with this record it’s been a mixture of things that I’ve seen, and maybe it’s my own visions of my own reflections, or my own ideas about what or who I am! I don’t know, I guess it’s quite a mixture, even the stuff that is a bit more external from me, I can still connect with it in some ways. Maybe it would be better to talk about a specific idea? I tell you what, there’s a song called: ‘Cupid Dark Disco’; that was me when I seen that girl. Then I started to write from the other perspective…

I wrote a song from the person who was looking for the prostitute, or who was looking from the other side of it. Sometimes the songs might start some place and then, and I’ve done it a couple of times, maybe, where I’ve wrote one song… On the second album, I wrote “I Feel Wrong, (Homosexuality, Part 1)” and then I wrote: ” Stronger than Dirt ( Homosexuality Part 2)”, and maybe a couple of weeks later and maybe that idea has maybe not been resolved properly, or parts of it or whatever. That other new song that I wrote is: Cupid Dark Disco. Sometimes I say the names and they get the titles wrong.

I noticed, also at the Old Fruit Market when you played there (January 3rd, 2015), that you drew everyone’s attention to your mum, which for me highlighted absent fathers and the band’s Hit, ‘Daddy’s Gone’ especially as I’m one myself. Is there any relationships in your life that are providing the experiential fodder for new songs now?

Not in the same way. I wouldn’t say so. In that sort of context, these things probably only happen with stuff that’s really important and crucial people that are in your life, like a mother, a father, but there’s nothing like that. I guess with Daddy’s Gone, its one of those ideas, about those thoughts, and I’ve written a song, and its grew arms and legs and other people have kind of become aware of it. That’s like a three or four minute vision of say your father and that’s the Showbiz I guess. But the reality is that life is so complicated and the reason life is so complicated, even when it comes to my father, he’s such a….there’s so many different sides to him, that’s the impression almost. That’s fine though. That’s fine because that is Showbiz, that is Art. If you express something, that can happen, and I’m fine with that, and he’s fine with that and its cool, but it was a bit strange for a while ha ha! Its something I never expected, and at most I figured maybe my family would hear it, and that was a bit embarrassing, and I didn’t want to hurt anyone else’s feelings. I never thought we’d be talking about it in an interview. Its the furthest thing from my mind when I’m playing songs, in a gig, and in my room when I’m whatever. It’s usually the furthest thing from my mind.

Well, I can really identify with that.

And probably a lot of people can! I mean its really nice to have the chance to point at your Ma and acknowledge her like that, and you know the way my Ma looks at me, with these eyes that are Proud, and dead, dead happy. To see that in your Ma’s eyes, its Wow, I’m a Luck Guy!

Knowing how much you’re influenced by Elvis and a Fifties aesthetic, the Wall of Sound, a Creation (Records) aesthetic/Alan McGee. Can we expect any kind of departure from those influences in the next album?

As soon as I pick up a guitar, there’s always going to be a bit of Alan, of Elvis. These things, when you love these things so much, they’re always in you, and maybe they’re expressed in different ways. A lot of the reasons for the songs, the words, how they’re dressed up in the music, is instinctive. When I comes to Elvis and Alan McGee, I owe them a lot. I love them !

What’s it going to be like sharing a stage with Carl Barat after all this time, as your support?

It’s just that thing; he’s my Brother, I love him! Again its a thing where the Gig, the Gig’s really brilliant whether we’re doing it with them, to have him there with us, the music aside, even just to see my pal again… When you put all these things together, its fucking…. What more do you want? What more could you ask for? To play, just to turn your Amp up, to feel the air blowing out the Amp, and you’re there with your Brother is just… I’m dead lucky Man, its cool. I canny wait to just get on to that Other Place, wherever it takes you. I love him! He’s such a kind; like Alan, really, really kind Souls!

When can we expect this album?

Well, as soon as I hang up, I’m back into it. We’re aiming at November. Hopefully!

Is there anything else that I haven’t asked you that you’d like to put out there?

I don’t think so, I’m good with that. Interview aside, the only thing I’d want to add, is that its just good to speak to you again. Its just good to… I don’t really see or speak to a lot of people, I’m just that strange guy that’s in the Studio all the time or, you’re forced into doing these thing that are either Music or business, but its brilliant because you actually get to just say hello again. Its better than doing the interview ! It’s nice to hear from folk, like yourself that I’ve not heard from in a while.

Listen James, I’m really looking forward to Saturday night. Break a leg, and have a great one!