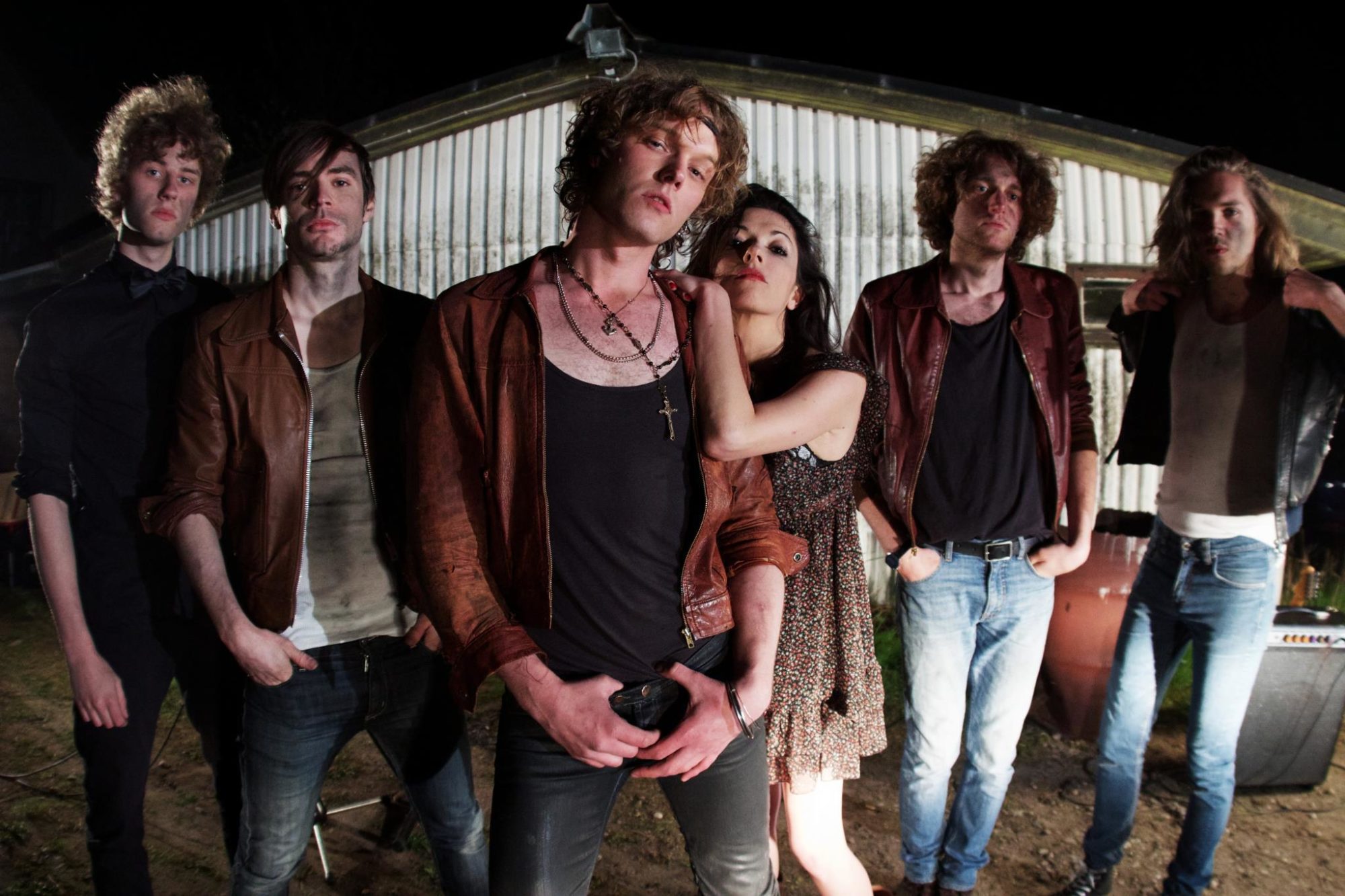 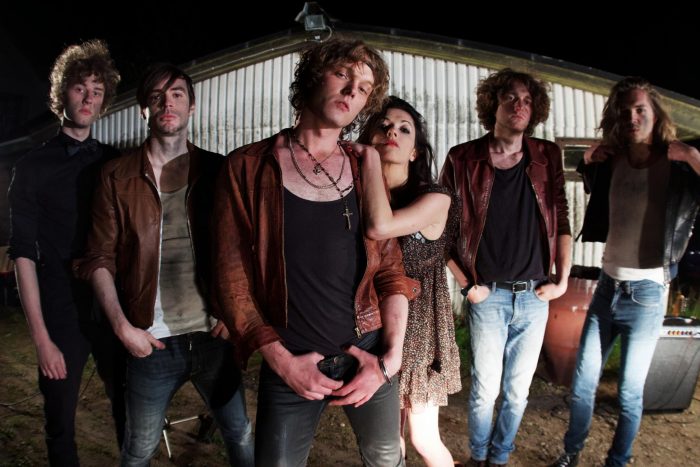 Although known by the names Dolly Daggers, and The Modern Love, Ivanna has been together since 2001. Frontman Ludvig Sersam produced the album and is accompanied by his 2 brothers Jonatan and Valdemar. Other members include, Johan Dahlbom, and Simon Sofelde.

Louder Than War: You’ve been around in one form or another for awhile, why the changes?

We needed a fresh start. The indie rock/pop thing was dying and frontman Ludvig Sersam wanted to develop his songwriting for his own sake. It started as a challenge cause we actually didn’t know if we were capable to do anything else. ever since 2001 we’ve been doing Indie rock/pop with 80’s influences like New order, Trance dance, Billy idol, Motley crew etc. so this big step was very risky for us to make as a band. It took us 1 year to find out what we were really doing and then one more year to record the album. We were actually quite worried that the reform would harm the positivism in the group but we felt we had nothing to loose. Either come up with a great album and give all in or split the band and find boring 9 to 5 jobs and become walking deads.

How has your music evolved since you’ve been together?
In the beginning we hided behind a big show and everything we did was about to entertain the crowd with glitter, scenery, dolls and you name it. The music came on second place but the songs were still important to us. But then again nobody paid any attention to the songs because of our crazy shows. It worked and people loved it. I guess we were insecure and we didn’t see ourselves as artists at the time only teenage rock stars with attitude and we romanticized the rock n roll myth and drugs and party.
But then Jonathan and Simon started musical high school and Valdemar and Simon became serious with the guitar and drum playing so we started to spend a lot of time rehearsing and create songs that we felt were too good for a stupid show to hide them. We dared to experiment and we learned to develop our songs from simple billy idol songs to something we felt was our own bag. Johan Dahlbom had been touring a lot with Alice in Videoland and had great ideas and he´s always been very skeptic which has been a great asset. As a matter of fact it´s all about daring to despite the whole industry itself. When we learned how to do that we developed in our musicality very fast.

What has been you’re biggest challenge as a band?
This! IVANNA! The huge reform and the risky step to change name, to go another way, to try to keep together, to not to loose the spark, to believe in it and in yourself as an artist.

What were some of your song influences for your new album?

Yes we also changed all our previous influences that we had. The influences for this album has been Fleetwood mac, Yvonne, Cults, Lucinda Williams, Anthony and the Johnssons etc.

Is there a favorite song, or one you are most proud of or enjoy performing live off “Leaving Town”?

No not really I´m afraid. Our views are very different. Guess Broadway show, Disease and Stalker has been the favorites.

Will you be touring in support of the new release?

Yes we will in Europe but not so very much because we just entered studio to record our next album.

How did the band come up with the name Ivanna?

We needed something simple! One word! Something that we thought could become timeless.
Back in the days front man Ludvig liked to dress up like a drag queen (IVANNA) and even perform live with Dolly Daggers as a drag queen many times to provoke and to draw attention.

Although your new album has just been released, will there be any new projects for 2017 or beyond?

Yes of course, we are now recording our next album. We´ll record it in the same studio (Bakery Studios) and produce it ourselves. Next album will kill!