Home International music Australia Interview: In Hearts Wake – we caught up with the Aussie metalcore... 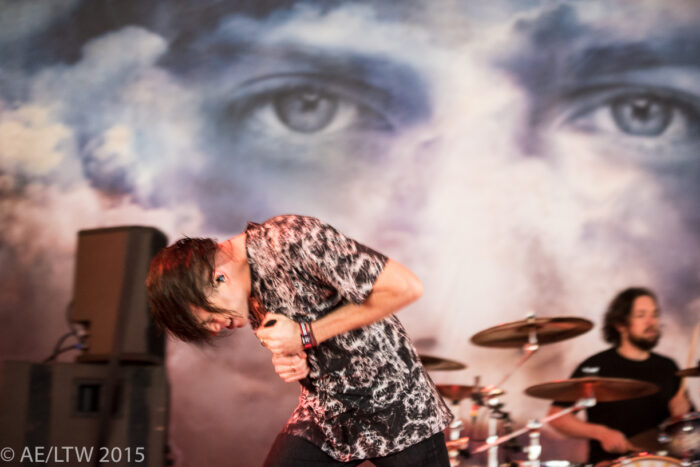 Every now and then you come across a band who speak to you on far more than just an aural level.  These are the bands that really move you emotionally, who have something really important to say and when they say it, it makes sense at every level of your being.  Louder than War’s Alan Ewart had just such an experience when he came across Aussie Metal Core band In Hearts Wake.

When you research a band you are going to interview you get used to reading the bands PR blurb and taking it with a pinch of salt.  Band PR representatives like estate agents are there to sell you something, so you learn not to take everything at face value and to look beyond the obvious.  That said, every now and then you come across information that is so startlingly out of the ordinary that you know it must be true.

In Hearts Wake hail from the Byron Bay area of Australia and have been around in one guise or another since 2006.  Their career began to gather pace when they released their first full length album “Divination” in 2011.  This was followed in May 2014 with the very well received “Earthwalker.”  Unusually, the band recorded two full albums at the same time and the second – “Skydancer” – was kept a closely guarded secret for a full 12 months.

As vocalist Jake Taylor explained, “Earthwalker and Skydancer are meant to be seen as two parts of the same project.  They are equal parts of the whole, the ying and yang or the male and female.

“Earthwalker is more focused, personal, emotional and subjective,  whereas Skydancer was written more from an eagle eye’s point of view on the broader issues of the world. It’s important to understand that both are very relative.”  He continued, “we wanted to give people time to absorb and understand Earthwalker before we released Skydancer. We thought that would work better as two distinct parts rather than as a double album. It also allowed us to tour Earthwalker before we released Skydancer.”

Jake explained that Earthwalker was meant to represent the feminine and Skywalker the masculine. I put it too him that tracks like “Healer” on Earthwalker, which deals with demons and destruction didn’t feel terribly feminine.  He explained that the demons and destruction were meant to represent the dark and destructive forces that reside in all of us and that in order to become a complete and balanced individual we needed to nurture both sides of our personality.

As you might expect given the titles of their albums and the subject matter they deal with environmental issues are close to the heart of In Hearts Wake, and they don’t just sing about it.  Both they and their record label UNFD put their money where there mouths are.  The Skydancer single was released on “pay as you wish” project with all of the proceeds going to three projects that support indigenous people in Australia, the USA and Africa.

In Hearts Wake say that they didn’t want to focus solely on Australian charities because the problems faced by indigenous peoples are worldwide problems.  One might be forgiven for thinking that by supporting charities in this way In Hearts Wake had done their bit, but no, this is just the latest project to receive their charitable giving.

When releasing “Earthwalker” In Hearts Wake funded the planting of an indigenous species tree for every copy of the album that was pre-ordered.  They’re a band with a commitment to the bigger picture, striving to convey a message of environmentalism and conservation through their music and beyond.

In Hearts Wake have toured in the UK before as support to other acts and were thrilled to win a slot opening the Maverick stage at this year’s Download.  Jake told me that, “we were really nervous, especially when we looked out at 10.30 and the site was deserted, the gates were not even open. The tent filled up and all of a sudden we were looking out at an amazing crowd who were singing our words back at us.  It’s an amazing feeling, a feeling that never grows old.”

I would shoot that right back at In Hearts Wake.  Their music, ethos and determination to have a positive effect on both the planet and on peoples’ lives engenders in me a feeling that will never grow old.  I genuinely believe I have found a band who really matter for a host of reasons far beyond the obvious.  In Hearts Wake are a band that can touch peoples’ lives and who are determined to make a difference.  I wish them well.