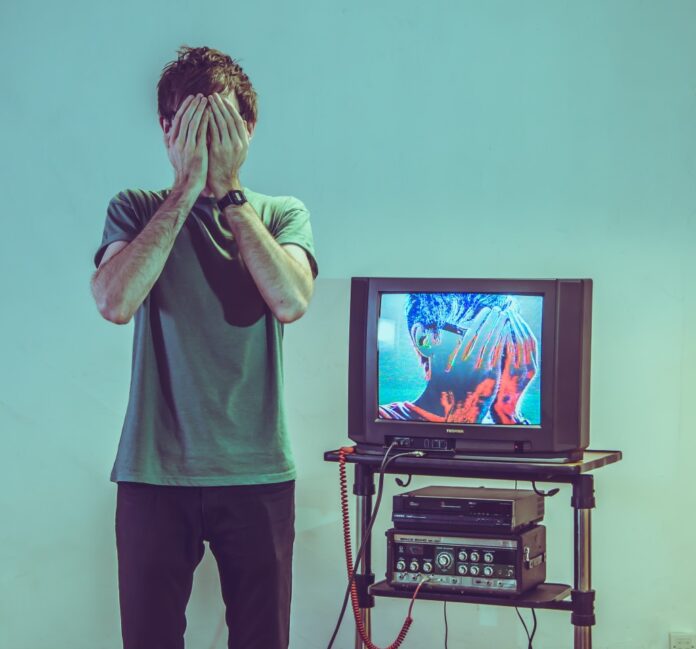 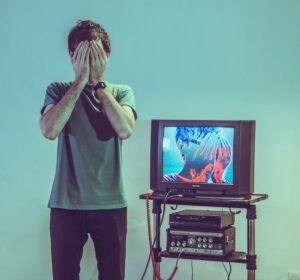 Ahead of their UK tour dates Hatcham Social have been interviewing their support bands for us. We’ve already had their interview with Douga from their Manchester date, and now they speak to TVAM who is also supporting at that gig.

You have stated you are interested/influenced by Adam Curtis. The film maker? What is it about his work that interests you, and how has it effected your work do you think?

He has a real talent for presenting archive footage in a way which separates it from its time period. He forces you to reevaluate the past, almost using nostalgia against you. There’s also a playfulness with how he uses slogans – this is something I’m really interested in. The hypnotic power of advertising.

You have stated an interest in Kyogen also. Are you interested in theatre? Performance? In your shows and work?

Do you have a record out? Tell us if we can buy it and something about it.

My latest record Porsche Majeure is out on 7″ single and it’s available from Piccadilly Records in Manchester and Norman Records in Leeds.

I’ve been a fan of JG Ballard and Jean-Luc Goddard’s Weekend for a long while and I’d always wanted to write something that touched on the concept of the automobile as a symbol of consumerism but was waiting for the right time. Then I coined the title Porsche Majeure and it all came pretty quickly. The vocals ended up sounding more choral than I’d anticipated. They make it sound like some sort of hymn.

Who else has been involved in the project? Tell us a couple of sentences about the making of your music and your shows.

It’s just me. Everything is put together in my spare room. I make the sounds first, then edit the videos to fit.

If you could live in any Science Fiction book, film, or TV show what one would it be?

You can find TVAM on Facebook or buy records here.