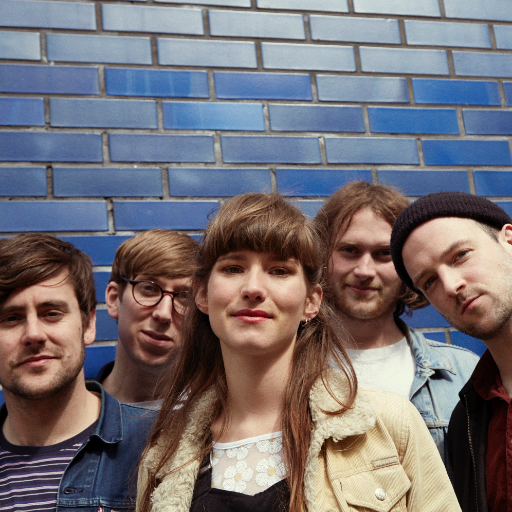 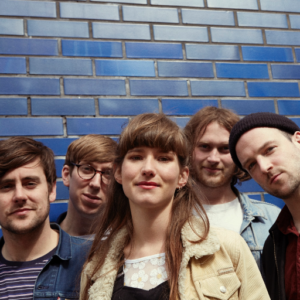 Out on UK tour this week Hatcham Social have been interviewing the local bands who are to support them in each city.

Here they talk to Night Flowers, who support on the final night of the tour in London.

Hatcham Social: We prob first met in the infamous Griffin in East London — where do you go now it has gone?

We did indeed, I used to pull your pints on an almost nightly basis in the bad old days. Most nights I can be found outside the Griffin husk weeping. Failing that, we’ll be drinking at home, drinking street beers or in a Wetherspoons because that’s the only way we can afford to drink in London now.

Tell everyone about your new release, that now is in both white and black vinyl…

New single ‘Sleep / Sitting Pretty’ came out last month, we got 300 copies that were meant to be on white 7″ but the pressing plant messed up and they came in black. Then they offered to do 100 white as an apology, so we now have a super limited supply of both, which is nice.

Critical Heights is one of our favourite labels (as well as it’s bigger brother Fire), we notice you have been playing their nights, are you putting records out with them at the moment? Who are some of your favourite small labels at the moment?

Not on Criticial heights, no. Dirty Bingo have put out our last two releases. They are really great guys and lovely to work with. The list is endless, but let’s say The Audacious Art Experiment, Fortuna Pop!, Kanine, Fire, Gringo, Father/Daughter, Blah, Blah, Blah. Zeb’s favourite small labels are the little yellow ones in the sainsbury’s reduced section.

Who is in the band Night Flowers and what song do you all collectively agree to love?

Zeb, Chris, Sam, Sophia and me (Greg). We all agree collectively to love anything by Belinda Carlisle.

Who influences your thoughts on music making?

If you had to live in a science fiction universe, anything from film, to book, to comic; which one would you choose and why?

Over to Zeb – although merely a year ago it would have been a tough choice between the extravagant joy of the Marvel Cineverse and nostalgic headrush of Star Wars, the choice is now clear as to which science fiction universe I long to be part of.

Some context; consider the pre-Age of Ultron Marvel. It was riding on an all time high after the critical and commercial success of both Captain America: Winter Soldier and the rather unexpected runaway hit that was Guardians of the Galaxy (a film highly influenced in tone and structure by the original Star Wars saga). The expectations were exceedingly high (especially given the critical reception given to Winter Soldier), and Marvel could do no wrong (I’ll let Iron Man 2 slip).

In the meantime, the amount of time passed since the Star Wars prequels had become a distant (bitter) memory, allowing JJ Abraham to seize the mantle after doing a very tidy job of the Star Trek reboot. The first trailer dropped. It was, safe to say, jaw-dropping.

Each scene of the trailer breathed new life into the original trilogy, and you could tell that this really was going to be a labour of love from a relatively new, though proven director.

Anyways, the stakes were high for the second Avengers film. This had to be massive. The whole team back together again, and a dastardly villain in the form of James Spader’s Ultron. However, the film was somehow both bloated and unfocused, and yet at the same time could have been half an hour longer and given room to breath. It just didn’t work out quite as it should, and in aiming to please everyone left no-one enthralled. And Loki’s scene was cut, WTF?!!

Star Wars 1 – Cineverse phase two 0. I’m waffling a bit now so let’s keep the next bit short and sweet: There’s a lot that went on behind the scenes with Marvel’s Ant-Man. I’ll explain another time in another interview if nessessarrryyyyyy. Ant-Man was a fun romp on a much smaller scale (no pun intended) than the Marvel Cineverse has previously explored. This was pretty refreshing, and it was cut from the same cloth as GOTG.

However, Star Wars drops another bomb! Shit! Everyone gets the BB8 toy for christmas, Kylo Ren looks fucking badass. There’s Han Solo. It’s gotta be Star Wars. Or Twin Peaks. (nb. Batman is the greatest comic book character, with the greatest rouges gallery ever, but the DC Cineverse [currently] sucks/is still being formed.)

SO, Zeb is furball Chewbacca, Sophia is tough cookie Leia, Sam is smooth talking galactic scoundrel Han Solo, Greg can be Vader and Chris brings balance to the force as Luke.

When are you playing next and where can we get your stuff?

You gonna get up on stage with us and play at the Old Blue Last show?

Only if it’s ‘How will I know?’ by Whitney Houston

Hatcham Social’s Birthday of the World is out now. Their tour concludes in London tonight (27 November).