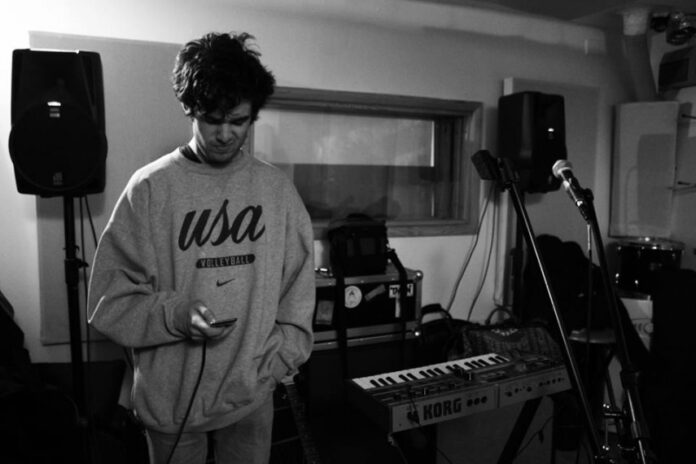 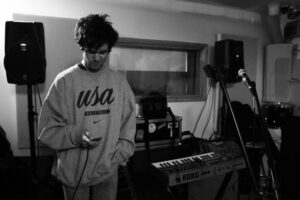 Out on UK tour this week Hatcham Social have been interviewing the local bands who are to support them in each city.

Here they talk to Fake Laugh, who support on the final night of the tour in London.

Who is Fake Laugh?

Was the name inspired by the C86 band Laugh who had a great song called Paul McCartney?

Didn’t know about the band or song, but am listening right now. Good artwork too.

How much of your time playing in Oscar takes and which one takes priority, Oscar or Fake Laugh?

Oscar has been really busy lately so a lot of my time has been devoted to that. I’ve had some nice pockets of time to work on Fake Laugh stuff though and even if you’re just thinking about things it’s a form of working on it, or that’s what I like to tell myself at least. In terms of prioritising, you just have to take things case by case. Juggling stuff has been OK so far though. I have more than a month free now, so gonna finish that album.

Have you seen the Post Punk Documentary Big Gold Dream? (we went to see it a few weeks ago and reccomend it). What is your favourite documentary film? If you have one…

I haven’t seen that, but thank you for the recommendation! Hmm documentary films..I really enjoyed the Scorsese film about George Harrison, ‘Living In The Material World’. Very emotional.

What music (of yours!) is out that we can buy right now?

There’s not been anything out for a while, but you can get the Kinda Girl single from early this year via Fierce Panda. I also did a cover of Alvvays a while a go which you can get from my soundcloud.#newmusicverysoon

Who do you go and see play at the moment? Who should we know about, but might have missed?

The Oscar gang were just on tour with Gengahr, who were a pleasure to watch every night. Such great musicians who gel in the way that only old friends can. Also been consistently blown away by The Big Moon and Our Girl. If you like hot new punk bands then you should check out Italia 90 at the New Cross Inn on 6th December too.

If you could live in a science fiction world from any book, film, tv show, or whatever, what would it be?

I’ve not had a big sci-fi phase yet, but those guys in Futurama seem to have a good time. So maybe I’d go there.

Hatcham Social’s Birthday of the World is out now. Their last tour date is 27 November at the Old Blue Last in London.