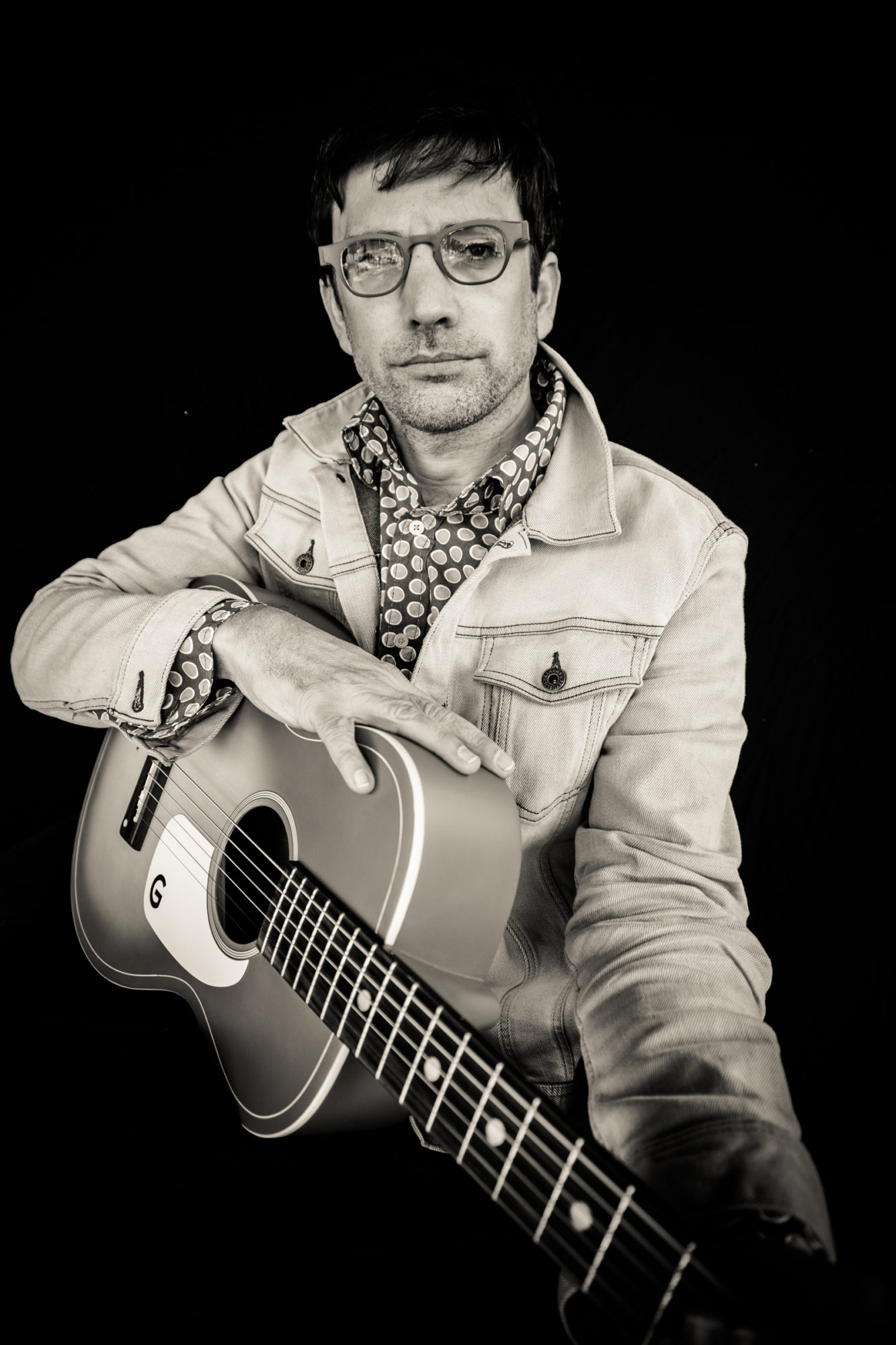 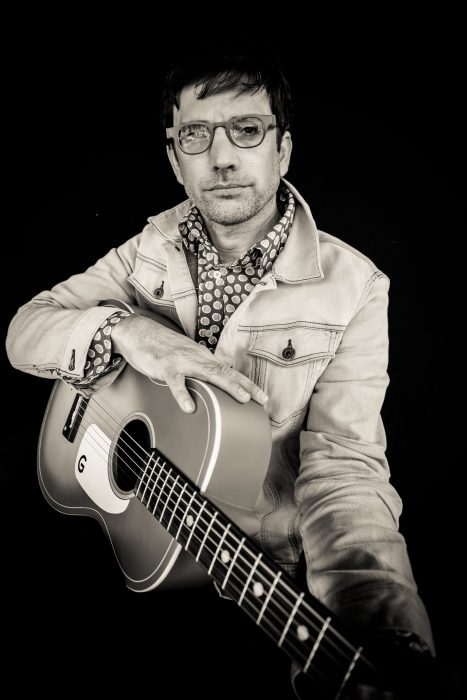 Sounding much like a mix of Bob Dylan, The Beatles, Nirvana and Guided by Voices, award winning pop artist, Guy Grogan, has recently released his full length “Dynamite Bouquet”.

Being a one man band, Guy has self released and produced 9 albums thus far. His music covers nearly every single genre that one can imagine, accompanied by every emotion one can imagine.

I was able to share answers with Guy, about his music, his albums and his future project.

You remind me so much of Dylan, your songs, your voice, in the best way possible…what artists inspired you growing up?

As far as artists that inspired me growing up—I cut my teeth on guitar rock. In hindsight most of what I listened to back then was garbage, but as you’ve probably noticed, I still love a good guitar solo—as long as it isn’t just gratuitous shredding, but rather adds an extra pair of wings to the song. Brian May is probably my favorite in this regard. His solos just cut through and elevated the whole piece. Beyond that, I am inspired by all types of music. I might be listening to some Kenny Burrell and be inspired to write something jazzy like “Moonbird”, or I’ll hear a Damien Rice song and want to write something delicate and anguished—or even something poppy. For example, one morning last year my alarm went off to “Electric Love” by Borns (which is odd in and of itself because I always wake up to an alarm, never the radio…). Maybe I was still half asleep, but I thought it was one of the most exquisite pop songs I’d ever heard—it had this simple irresistible modern Mark Bolan erotic vibe to it. I got mad and jealous (in a motivating way) of how good it was and immediately started working on “My Own Way Out.”

As to Dylan, that’s funny, because others have drawn that comparison (not always favorably, I might add…) and I’m not really a Dylan fan at all. I just don’t get what all the fuss is about. I actually like his son Jakob’s stuff much better. I know that’s sacrilege to a lot of people out there, so I apologize in advance.  Don’t get me wrong. I’m open to being converted on this. I keep hoping one day someone will come along and educate me, show me the light. Until then, I just won’t get it. All that said, as a poet and lover of great album titles, “Blonde on Blonde” and “Blood on the Tracks” are two of the very best.

What message or messages do you intend for fans to get from “Dynamite Bouquet”?

I don’t know that there’s a message per se, but there are themes that imply a message. As a collective the songs touch on themes of seizing the day, loss, mortality, self-realization, love, relationships, hope, the creative process itself—the usual naval gazing suspects.

How many voices do you hear in your head?

Wow. Heavy question. Too many, in general. I spend a lot of time trying to tame (i.e., ignore) the 7-headed hydra of my mind.

What inspires you to write a song?

As mentioned above, from a musical standpoint I can find inspiration in a wide variety of styles. Sometimes personal experiences, moments, thoughts or ideas will be enough to get the juices flowing. On rare occasion I’ll tell myself I want to write a song about X and go at it, but they are usually less narrative than that and more impressionistic, lyrically. That said, I’ve learned not to rely on inspiration for every step in the process. I’ll often adopt the straw man approach just to make progress that will then lead to something more inspiring.

Guitar, bass, drums, a bit of piano and percussion…so that’s 5 or so. I’ll play whatever I can get my hands on—and I do mean “hands”. I never really had a knack for brass or woodwinds. But I’d love to get at a cello or a marimba and see what I could do with those.

Is there a particular song on your new album that you are most proud of?

I love them all, obviously, but if I had to pick, I’d have to go with “Metafixation”. For what I was trying to achieve as a songwriter at the time I really felt like I nailed it and had captured something special.

Are you planning a tour anytime soon?

No plans at the moment. I’d need a band first. Know any good musicians?

It’s tough because the internet, rightly or wrongly, has devalued music—as if it wasn’t already hard enough to make a living as a musician. It’s disheartening when you’ve poured so much of yourself into your work and people like it, but won’t pay for it. I make a point buying everything I listen to—when I go to a restaurant, I pay the bill. It’s the same basic economic principle.  All of that said, evolve or die, right?

Related, there’s something to be said for a haiku-like approach to songwriting, imposing certain limitations in the interests of greater creativity, but that is different from this mentality of X# of characters or less. Songs often times require more patience than that, which is at odds with the instantaneousness that has pervaded so many aspects of our lives as a result of Twitter and the like.

I don’t mean to sound like a Luddite. I’m just sharing an observation based on the question.

If you could perform anywhere in the world, where would you like it to be?

Yep. I’m working on material for my next album which I plan to release before the end of the year. I’m really excited about it. I have some great stuff on the burners. I’m also working on some videos that will be on line soon.

Listen to Guy on Bandcamp.