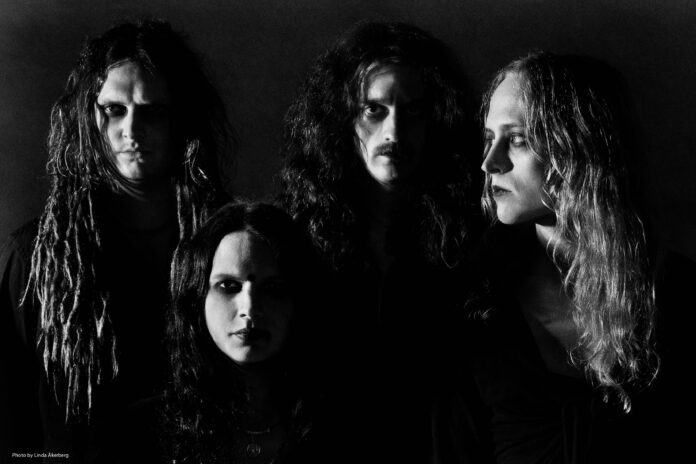 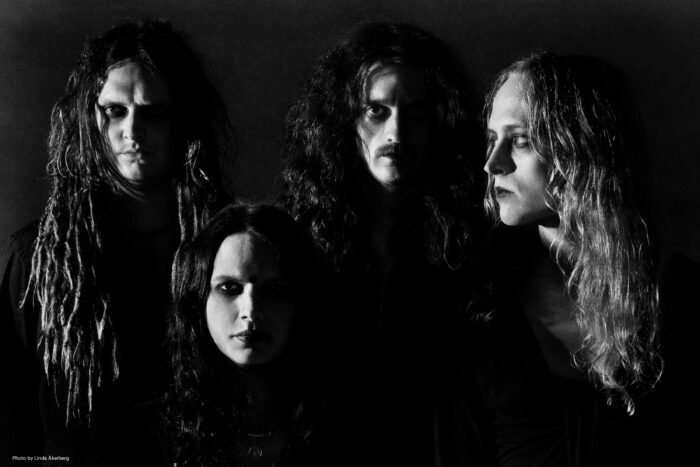 Louder Than War’s Sophie Sparham recently caught up with Tribulation’s Adam Zaars via email. Their respective Qs and As can be found after the break.

You’re playing and have played some amazing festivals this year – who has been the best act/ performance you’ve seen so far and why?

I honestly didn’t see that many bands since we usually have a very tight schedule which means that we usually get in, play and then leave. But I did see a Swedish band called Horisont on Muskelrock festival, they were really good. I haven’t heard any of their albums before but they had a really impressive live show.

According to Google ‘Tribulation is a relatively short period of time where everyone will experience worldwide hardships, disasters, famine, war, pain, and suffering, which will wipe out more than 75% of all life on the earth before the Second Coming takes place.’ – Why did you decide to call your band this?

We found the name in the Morbid Angel song Visions From the Dark Side and initially it didn’t mean that much more to us than it being a cool sounding word. After time though the word has started to have more meaning to us and I think you can connect it in some ways to something that has sort of become a “band philosophy”; that of being in constant movement in order to really achieve something. Real change and transformation usually doesn’t come easy and is indeed a tribulation, and that it has a religious meaning just adds to the name. Nonetheless it has become more of logo for the band, a name, rather than a word.

Are you interested in religion and mythology – if so, what do you enjoy learning and reading and how does this effect your music?

Yes, very much so, both mythology and religion, I guess it often goes hand in hand historically. It’s basically the only thing I read about personally. I read to understand the world and to find my own way and since it has become such an integral part of me it has to affect the music. There’s nothing in particular that I read about, it’s all connected somehow and it’s all relevant somehow so it can be anything from mainstream Judaism to Afghan shamanism to western esotericism to Bengali Shaktism and so on. I focus on Hinduism and all (or some) that comes with it, but I find a lot of religious topics relevant to know. They just touch on different aspects of the divine and approach it from different angles.

Tribulation in my opinion are quite a theatrical band – do you become a different character on stage, if so, who are tribulation on stage as opposed to off?

We don’t become characters really, we’re still ourselves. It’s like an extended and more amplified part of a certain personality that you have. We’re just not our ordinary selves anymore; that would be quite lame. People are often quite surprised when they meet us after the show or if they’ve seen us live before that we are quite calm people. When we play live we’re there do have an experience ourselves and to give an experience to everyone present.

Did you always want a theatrical stage presence or was it something that worked it way naturally into the band?

It was always there even though we’ve also worked on it throughout the years of course. We come from Kiss, Iron Maiden, Mayhem and bands like that that always put an emphasis on the visual. It’s important to us since we are presenting the band on more levels than just the musical, it’s become about every part of what we do, everything is important.

Talk to me about ‘The Children of the Night’ – explain the concept about it.

There’s no concept, it’s just yet another album. This is just the result of inspiration that we’ve gathered and then made something creative with. It’s an expression of where Tribulation are today. The topics are pretty much the same, religious in nature and horror themed in their presentation, pretty much.

You’re getting rave reviews from journalists everywhere! – But how are the fans finding the release? What feedback have you had?

People seem to like the album a lot! There are the expected people who still say that the first album is the best one, and that’s fine. It’s nice to see that people seem to be interested in the new stuff since that’s the way we’re obviously going. A thing to remember I guess is that more people have most likely heard the new album than the old ones. The future is everything!

You said you had a different mind-set when you approached this record, as opposed to the last album – what did you mean by this?

We didn’t work on it for as long as we have on the previous albums and we worked more together than we have before. This was also the first album that we worked on with this line up from start to finish. Other than that I wouldn’t say we had a different mind-set, I worked with my stuff in the way that I usually do. The creative process is always changing and presenting itself in different shapes and forms but that’s the way it always is.

Do you feel that you’ve developed as people since the last album? Have your influences and drive changed? If so how?

Yes, in some ways we have. The influences are always the same at the core, it’s always Iron Maiden, Kiss and horror scores and stuff like that, but around that things come and go. But what we did a lot on this album is that we tried to look outside of the band as little as possible. We tried to find inspiration in the band and in each other instead! External things influence you whether you like it or not, but this time we felt that it was good to keep it at a minimum in order to really find something more unique.

What’s next for Tribulation?

A lot of touring ahead! Then another album of course!