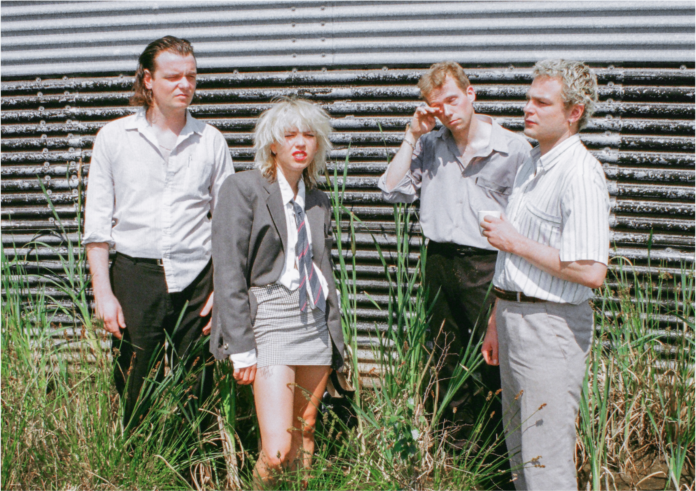 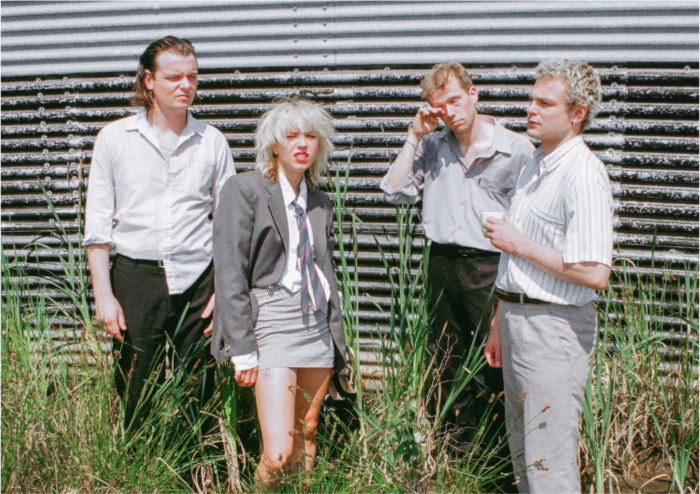 Warmly familiar yet difficult to pin down, the album’s sound will likely be of huge interest to music lovers who’ve dug through the likes of Modern Lovers, Parquet Courts, and The Cool Greenhouse.

Effortlessly cool in what they do, this four-piece, fronted by Jilles Van Kleef, release this record on the best independent label in the Netherlands, Subroutine Records. It’s a beautifully sequenced, punk-spirited nine-track debut. Of which, most of the world has only heard ‘Soft Fruit’, and now ‘Office Hell.’

Van Kleef describes ‘Office Hell’ as an old song to Louder Than War, giving the impression that the band is doing the classic debut album thing of stacking potent ideas which have been marinating for years all into one place.

‘Office Hell’ is also very direct in meaning. The singer tells us:

“I work an office job – and, well, I struggle… But it goes deeper [than that]. The line, ‘Well it’s summer in the streets, but our winter never passed’ is repeated. This is about being stuck in like the office of life. The mediocre shit that just pounds on you day-after-day. There’s stress and confusion in the song.”

Not wanting to sound too down, the singer shifts tone and reminds us of the palpable sense of fun which is part of the DNA of this band.

“We just complain and complain all the fucking time and laugh about it,” he says, echoing the energy of their music.
Cynical, self deprecating, the bravery of putting the least glamorous aspects of life into a song is a pretty great antidote to instagram culture, or the narratives of excess in more archaic pop music, where everything is dressed up as being dandy all the time.

Their honest humour extends to visual material, too. Global Charming has released a full official video to ‘Office Hell’, which is a parody of the 9-5.

The video below is from the opening scenes where bassist, Fokke, is chomping on a cheeseburger on the way to hell. The burger, Louder Than War can exclusively tell you, is vegetarian.

Matching up to the quality of their great recorded sound – everything on the upcoming record was played live in the studio (minimal overdubs) – takes some doing, but the video lives up to it. Their astute presentation so early on in their career has immediately struck a chord with critics and seen 6Music champion them.

It’ll be great to watch this band evolve over the coming years. Keep tabs on them via Global Charming socials.​