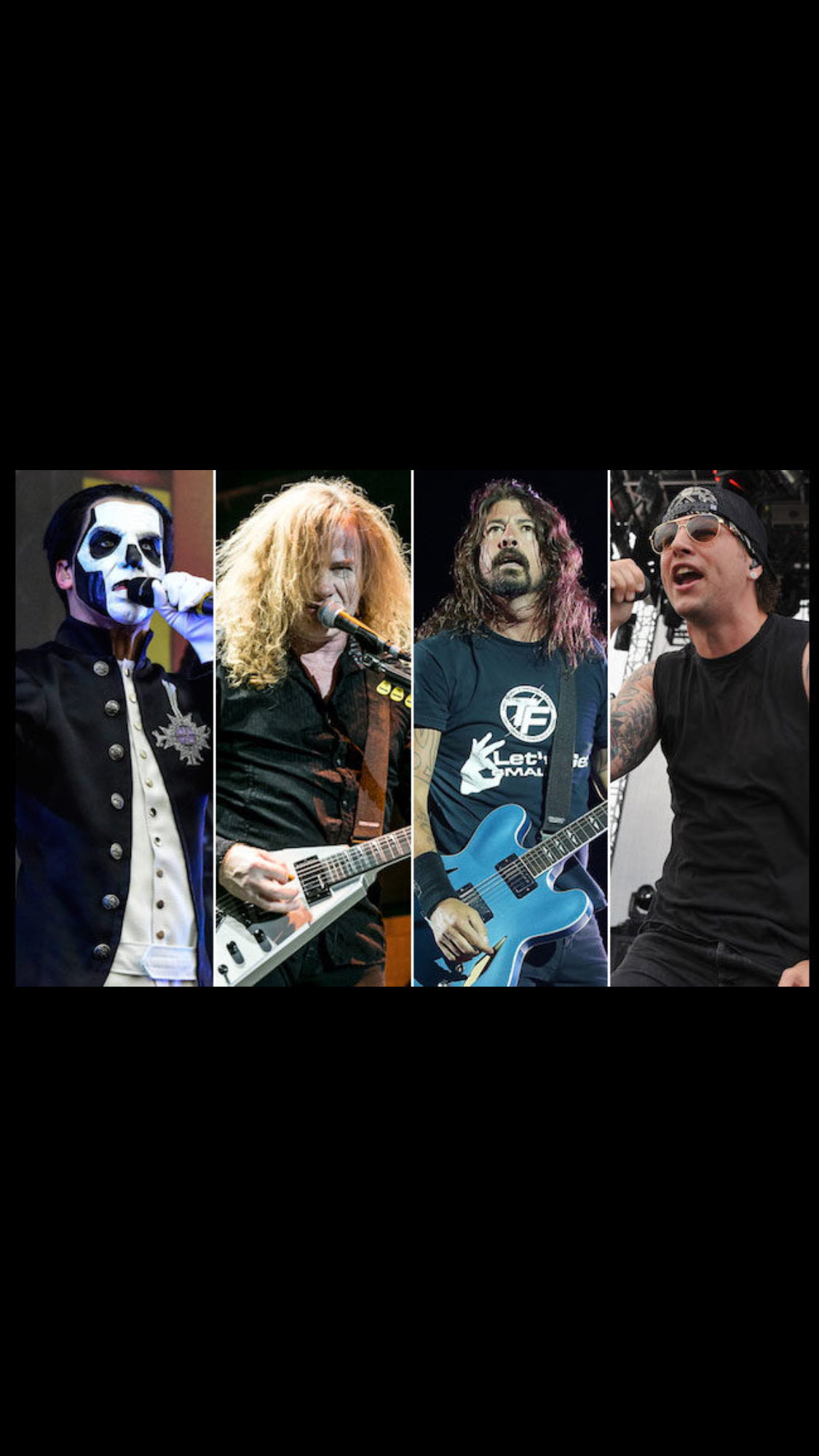 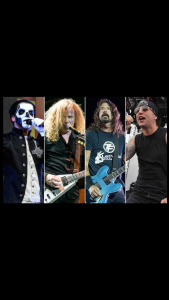 Ghost Color the post-alternative sensation from Sacramento is about to release their new CD on May 30th, entitled: “American Book of the Dead”. The band consists of, Eric Davis, Bryan Harty, and Chris Winstead. Their music is an explosion of post-punk splendor, infused with the distorted sounds of blues, jazz, and rock n’ roll.

Louder Than War shared questions and answers with the group a out their new release, their future and the reasons for their existence.

They have a strong belief that no band lasts forever so the basically play the music that they enjoy. They have a huge growing fan base and celebrate playing live.

Louder Than War: I understand during the recording of “American Book of the Dead” you had a couple of set backs, how did you over come them?

Eric: Chris had a growth on his shoulder that turned out to be cancer. That was the scariest thing that happened.

Chris:Luckily they were able to cut it out and it hasn’t grown back, fingers crossed.

Bryan: Then he had an uncle he was very close with die suddenly. That’s what the songs ‘Grieves’ and ‘In other words’ off the new EP are about.

Chris: It was part of the healing process for both events. We realized that maybe we were hitting the bottle, and other things, a little too hard and needed to refocus our lives on what we really wanted to do, which is make music.

Ghost Color is a brilliant name, how did you come by it?

Eric: We were originally call Spirit Animal. Until the band that already had the copyright to the names lawyer called us up, and threatened to sue us if we didn’t change it. We had already released a single under that name, so since we were going to have to pull it down, change our name, and then repost it, we decided that the new name better mean something so it be worth all that trouble. We talked about how honesty and passion are the two most important things to use when considering what path you should take in life. Honest and passionate people don’t have a lot of friends, they have real friends. We only bother with finishing the songs we are passionate about, so we don’t have a lot of songs, we have honest songs. Honesty is a type of transparency like a ghost, and the best representation of passion is color. Ghost Color.

Any predictions as to when your band will stop existing, and how does that fact influence your music?

Eric: Bands are like anything else that “is”. It is living on borrowed time. If you treat your body, relationships, car, or whatever like garbage, don’t expect them to last very long, since you wasted the time the universe gave it. If, on the other hand, you treat your stuff, including yourself, like you care about it, it will earn more time. Right now this band is the most important non-human thing in the world to us. We have a lot more music to write.

Chris: Since we don’t feel like ending things anytime soon we are taking our time exploring everything from instrument and amp tones, to different sounds and textures, to rhythms and melodies that are new to us. Right now we are in a state of ‘later than sooner’ with the band ending.

How did you originate in the first place?

Eric: Both Chris and mines last bands had split up around the same time. We were both in bands with a lot of good things going on for them, but as always, egos plus attitude equals ruin. A mutual friend of ours named Rudy had a feeling that Chris and me would vibe with each other and he was right. After working on the skeletons for a few songs we responded to Bryan’s ad on Craigslist. He came out to jam with us at our practice spot and we all just hit it off, both as people and as bandmates. We tried out singers for about a year, but none of them were right for the type of music we wanted to create. One night we were all at Chris’s home listening to music. this song came on and Bryan and I said “What is this?”. Chris said it was some Technoish/Industrial type songs he was writing a few years ago, but his old band were Ska and didn’t want to try and do anything with them. Bryan said “Wait, you can sing like this?!?’ We both really dug the vocals. We asked if he could sing and drum at the same time. Chris said, “Let’s find out.”.

Who writes the music and what are the influences for it?

Eric: We all write as a unit. Someone will bring a riff or an idea to the table and if the other two manage to layer something good on top we structure it out, then restructure it so the drums are following the vocals, then the bass follows the drums, and then the guitar follows the bass.
Bryan: As for influences we want it to be Heavy, rhythmic, melodic and huge. We’re into everything but we all LOVE Heavy music, whether it’s distorted or not.

Does your band have a special philosophy to go along with the music?

Chris: Maybe the philosophy we’ve adopted is stop trying to force something into the box you want it to be in, when it’s telling you it doesn’t want to be there. We’re still really proud of our first EP, the songs are good, but they didn’t belong together.

Bryan: We also stopped doing things like wondering if a song was to much this, or not enough that. We learn to write a song till it tells us it’s finished being written. I know that sounds weird but it works.

American Book of the Dead by Ghost ColorWith their second EP release, Ghost Color move more towards the edge of what most people would consider heavy &#…for more

info:https://ghostcolormusic.com/
https://www.facebook.com/GhostColor
https://twitter.com/ghostcolorcaAll words by Eileen Shapiro. More of Eileen’s writing can be found in her author’s archive.