Home Music Bands Interview: Gary Powell from The Libertines – “We would all love to... 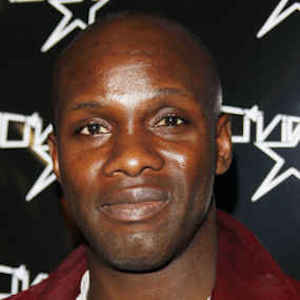 2014 is shaping up to be one of the most important years in recently reformed Libertines’ history. After two successful warm-up shows at Glasgow’s Barrowlands we managed to speak to the libs’ drummer Gary Powell before they play to their biggest ever UK crowd at London’s Hyde Park as part of the British Summer Time festival.

The ex- Dirty Pretty Things drummer explains what he’s been up to since the last time he performed with the Libertines, how they chose the set list for these comeback shows and what the likelihood of new material is.

~
Louder Than War: Firstly, Gary, I want to travel back a few months to when you heard about the possibility of bringing the band back together, how easy of a decision for you was that to be part of the comeback?

Gary Powell: I was asked whether I wanted to do it, and I said yes. I wanted to get back together with my old band!

How has this week been then? You’ve played your first shows in four years and you’re about to play your biggest ever UK show?

We played shows at the Barrowlands at the weekend and we’ve done a week’s rehearsal and the feeling in the camp is good, we’re getting on great. It was important for us to reconnect as much as we possibly could do.

What’s different this time to the last time you reformed do you think?

We know that Carl and Pete have worked on separate projects since then, but what have you been up to since then?

There’s been shitloads. I’ve got my record label that’s re-launching in September and I’ve been writing lots of different pieces of music. Now I’m so ingrained in music it’s kind of all that I do, but it’s the perfect scenario that I want to be involved in. It’s not just about performing with the Libertines; it’s about doing every music prospect that you possibly can.

Is the set list for tomorrow going to be similar to the Glasgow ones at the weekend?

Well, we aren’t gonna’ be playing Miley Cyrus so I’m guessing it will be, yeah. We’ll be playing the same tracks because those are the ones we’ve been practising.

You’ve already announced that you’ll be headlining Bennicassim festival this summer and you’ll embark on a European tour as well, but will there be anything in the way of UK dates after that?

I think there is a possibility of some UK dates as well. I think that the UK dates are going to be announced before the Hyde Park gig or in the next few days.

(As it turns out, three dates have now been announced at Alexandra Palace! He wasn’t giving too much away…)

There’s also talk of new material, what can you tell us?

We’re pretty much using this whole period of time as a lightness test for how we can move forward. It would be very easy to say “yeah we’ll do some new material”, but, for instance, if we went and played Hyde Park and it wasn’t well received and everybody hated it then it would be very difficult for the band to actually move forward. We would all love to do some new material, but we have to make sure that everything is right in the world with everybody involved. It ends up being a labour of love, everybody has to be comfortable and in the right space in order to do so, that way you get the best work out of everybody.

No I had no idea! You can’t assume that a body of work would be so well received by the masses that are. It’s amazing to think that people still hold the music in such high regards. It’s almost created this kind of mythological mystery behind the band that now there are all these people who are going to seize upon Hyde Park, but have never actually seen us beforehand. Most people wouldn’t be able to imagine that kind of scenario let alone be living it. It is an amazing scenario. But we’re all the same guys as we were beforehand. Generally speaking Carl’s Carl, John’s John, Pete’s Pete and I’m me, so yeah it’s pretty amazing.

Gary, thanks so much for speaking to me, and good luck tomorrow!

Thank you captain! No trouble at all.

Gary Powell can be found on twitter here: @gdogg27.