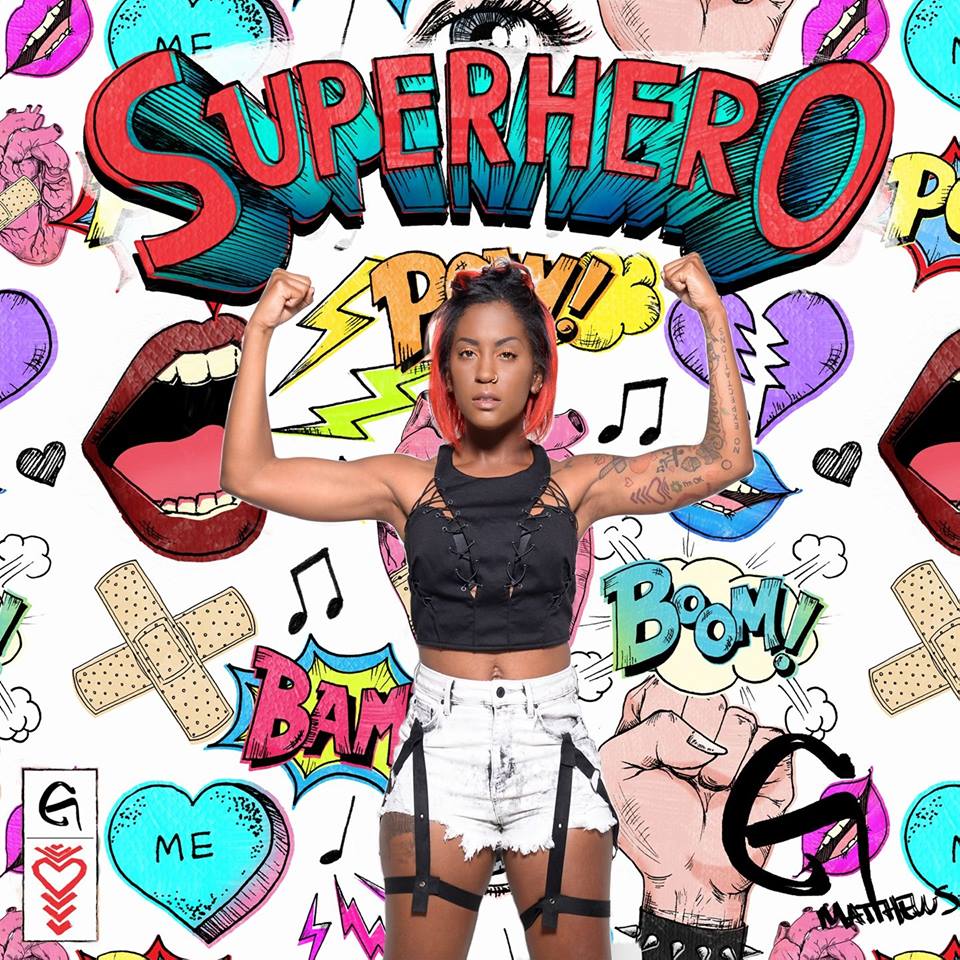 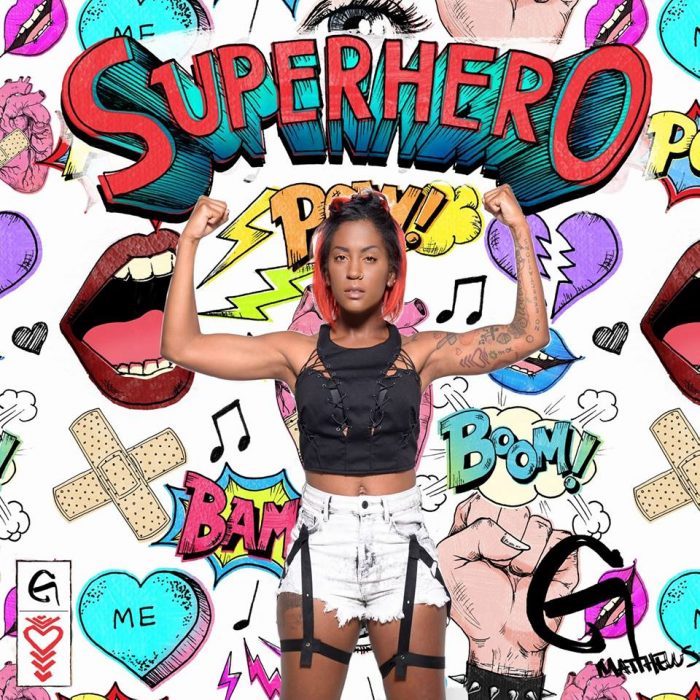 One of the most surprisingly animated, adventurous and energetic releases has come from California based artist G Matthews. Despite her release, “Superhero”, being frenzied, and chaotic, meant in the best possible way, and her bright red hair and vibrantly colorful videos, G, whose real name is Gina Matthews translated into the calmest interview I’ve ever had, without being boring….

A bit of punk, a bit ska, infused with pop and sincere fire, Gina’s music is completely fun and entertaining. Her first recording opportunity came from “Motörhead”, through Lemmy’s personal assistant. Humble, appreciative and still industry innocent…this is an artist to keep on your radar…

Louder Than War: What prompted you to get into the music industry as tough as it is?

It is a really tough path to choose. I’ve always been involved in performing arts. I was a dancer at a young age, I did music videos, so I’ve been on stage and I’ve performed before. I’m creative naturally, I tried my hand in songwriting and it’s kind of always been a secret, I sing in the shower a lot. I’ve written a lot of poems growing up. Then I got the opportunity through “Motörhead” actually to record.  A very good friend of mine was Lemmy’s personal assistant. He new I had an interest in singing but I never really had stood up and did my own songs. Lemmy’s producer was kind enough to work with me while he was working with Lemmy on the final album.  So I kind of knew a few people and got the opportunity to write and record my own project in the studio. My fear never came from performing, but came from the question is there anyone who is going to listen to my music? A little bit of the doubt kept me from that but that’s how I got started into it professionally. So now I’m on my second album which is “Superhero”. I’m very grateful that people take the time to listen, I’m really appreciative of that. It is a tough industry especially when you’re kind of like a huge nobody to get listens and viewers of your things but I am appreciative of the amount of interest that I’ve been receiving so far.

So how long have you been singing?

I started singing when I was like ten or eleven. I started in church choirs. One of my favorite bands growing up was, “No Doubt”. I would sing a lot of her stuff, I sang it backwards and forwards. I’ve always been kind of really loud and I felt like my voice didn’t fit into the church choir. There is a little bit of age to my voice as opposed to soulfulness. I’ve been singing for a while but professionally recording my own stuff and owning my own voice and sound  only about four years.

So you’ve come a long way in four years.

Yeah, I was also privileged enough to work with Ron Anderson, the vocal coach that has pretty much worked with everyone including Gwen Stefani from “No Doubt”. A lot of people compare me to  Hailey Williams the lead singer to the band Paramore, and he’s worked with her as well. He’s worked with everybody literally. I’ve even crossed paths with Mary J Blige during one of my vocal sessions. So I’ve been very privileged in someways as independent as I am. I don’t take any of it for granted I’m very thankful.

Tell me a little bit about “Superhero”

My album is called “Superhero”. It’s got seven tracks on it. It’s a short one and I recorded it in New York and a lot of it is about encouragement, to keep going and to have strength. When you listen to it, it doesn’t sound like that, but that’s where a lot of it comes from especially from a personal standpoint. I’ve been through a lot so when I wrote this album I wanted the feel of each track to sound like it was in a movie that belonged to a superhero. I played it for a few friends and they thought it sounded like a movie soundtrack and that’s what I wanted it to sound like. That feeling when you listen to it and you get empowered to go fight for something positive, to win, to keep putting your best foot forward, to be strong, that kind of thing. That’s where the idea to be a superhero came from.

Do you perform live?

I do, but I took a little time off. I have a show at the end of this month in Hollywood. It’s actually to celebrate this album. It’s a venue called “Amplify” in Hollywood, on March 31st.

G has Superheroic star quality and as you can see from the Leap of Faith video is destined to set pulses racing and get people rocking.  Is it a bird? Is it a plane?  No, it’s Super-G !

Get the album on i-tunes