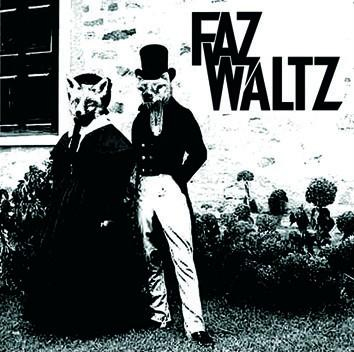 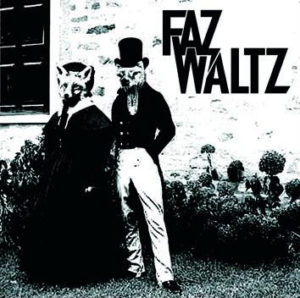 Given this Italian bootboy band are about to release their fifth album and have been together for nine years it’s stretching it to call them ‘new’. But relatively unheard of in the UK we’d like to introduce you to Faz Waltz all the same.

The modern ‘bootboy glam’ scene is a bit of a mystery – you see the term in the music media but if you try to nail it down to the key bands that are still out there doing it (therefore not Slade, Geordie, The Jook etc) – you’ll struggle to think of much beyond the Italian glamsters Giuda and maybe a band from the USA like Suede Razors – although you could definitely stick them in the ‘Oi’ camp without much argument – so much for the categorisation of all that is rock’n’roll!

A band that is little spoken of in the UK re the bootboy genre is yet another Italian glam stomping collective – Faz Waltz. They’ve been together since 2007 (before Giuda) and are just about to release their fifth album – Callin’ Loud (Contra Records). If Giuda are a mix of the bootboy template with a hint of AC/DC thrown in, Faz Waltz are much more like a hybrid of Slade and T Rex with a sprinkling of Ziggy. Wearing their influences on their sleeves but never descending into pastiche their new album basically sounds like a stack of prime 1973 45’s dropping down one after another blasting out Chinn/Chapman- worthy hooks, shouty choruses and tight economical riffing.

I caught up with mainman Faz La Rocca to chat about the new album, their influences and their plans for the future. He told me that the guys in the band were basically playing in punk bands prior to 2007 when they had the revelatory idea to just go out there and do what they want regardless of markets or genre etc. It is interesting that he had an eye on the bigger prize from the get-go, writing and singing in English to maximise potential audiences and also of course because all of the classic glam music was sung in English which is, unavoidably, the international language of rock’n’roll.

With regard to influences Faz confirmed the fairly obvious touchstones of Slade, T Rex and Bowie but also threw in The Beatles, sixties pop and Cheap Trick – which actually makes a lot of sense as strong memorable melodies are at the heart of Faz Waltz’s appeal. It comes as no surprise that Faz lists Electric Warrior and The Slider by T Rex, Slayed by Slade and Ziggy Stardust as his favourite albums of the genre. To say that Callin’ Loud would not be embarrassed to be placed in that company is to give an idea of how strong the new set of songs is – and at a Ramones-a-like running time of under 30 minutes it is in no danger of overstaying it’s welcome.

Asked about future plans to try to crack the UK Faz said that they were in the process of lining up UK dates – they have played in London in the past to great response – and think this could be the album to take things up a notch. As far as a wider European bootboy glam scene Faz confirmed that basically it came down to Faz Waltz and Giuda – picking up an audience typically comprising of a mixture of boot boys, punks, skins and even mods across Europe. They are happy about the success that Giuda have had and have shared quite a few dates with them – there is no sense of rivalry, more a sense of national camaraderie which is definitely a healthy outlook!

For anyone with a hankering to get a fix of some classic glam stomping anthems without dragging out the same old Slade compilations give Callin’ Loud or any of the other four Faz Waltz albums a blast.

All words by Mark McStea