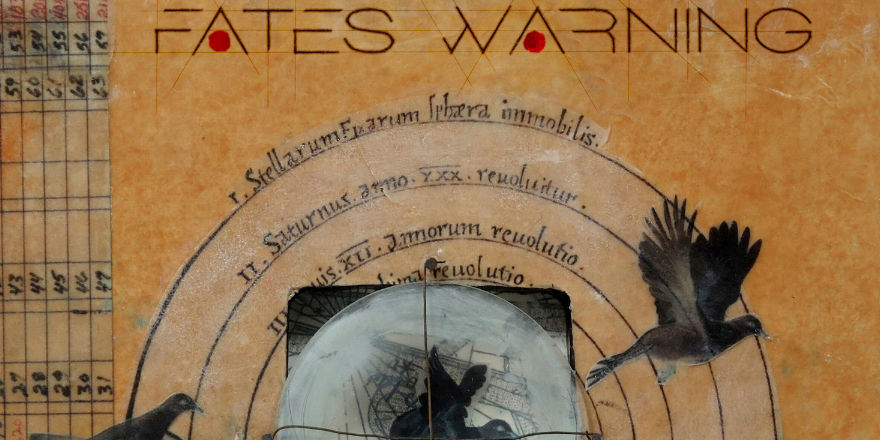 Back in June we took a look at  ‘Theories Of Flight’, the impressive new album from American prog metallers Fates Warning (LTW review here). Mike Ainscoe managed a quick Q&A  with singer Ray Alder to catch up on what his  well established band have been up to in preparation for recording and releasing the album.

Louder Than War: There was a bit of a gap in terms of album releases from ‘FWX’ (2004) to ‘Darkness In A Different Light’ (2013) and now the new album – do you feel that after that break you’re back on a roll with the last two albums?

Ray Alder : I don’t know if we’re on a “roll” but we certainly enjoy playing the new music live. In that time we all seemed to be doing different things, be it recording solo albums or recording with other bands. Unfortunately it seems that time got away from us during that period… But now it seems we are back on track and enjoying every minute of it.

LTW: I wondered if the band’s philosophy is something which comes out in the lyric to ‘From The Rooftops’ – making the most of the little time we have on earth? Seems to be quite a recurring theme for a lot of people in all walks of life!

RA : I’m not sure if it’s the bands philosophy, but it was mine during the writing of the new album. It was a theme that kept recurring no matter what I wrote. It was subconscious on a conscious level. But it’s a concept I believe in, we only have one life. We need to live it to it’s fullest, whatever that may be. Move outside the box, and away from your comfort zone. It may not work out the way you want it to but at least you’ve done something that is different than the norm.

LTW: You’ve worked on the album with Jens Bogren – his name crops up an awful lot with the work he’s been doing a lot with several bands – what’s his input and impact been on this record?

RA : Jim (Matheos) produced the album so Jens’ input was minimal on any of the writing or direction of the music. What he did do is give us a fresh sound, one that we welcomed with open arms. We’ve been working with Phil Magnotti for years now and we felt that it was time for a change. Nothing against Phil at all, he’s a brilliant engineer, we just felt it was time to move on.. I think Jens did a great job with the sound of “Theories”, He gave the music just what it needed, maybe a sense of urgency, a wall of sound that makes sense with these songs.

LTW : Aside from Jim, you also have Frank Aresti  & Michael Abdow adding ‘guest’ guitar parts. Do you get them to step up to the plate when you feel there’s something which would benefit from their touch?

RA : Yes. Jim does all the guitar playing on the album. He isn’t a big fan of soloing although I personally love what he does. He has a melody that’s somewhat haunting. And it always seems to fill a track perfectly. But sometimes we need a little something else, and we’re glad that Frank is there for us. Also, Mike is a very talented guitar player and Jim though that it would be a good idea to have him do a solo on the new album. I think it was a great idea, Mike did an awesome job.

LTW : The lead track which you’ve released to preview the album is ‘From The Rooftops’ – was that an obvious choice to send out as the taster for the album?

RA : I think it was a pretty obvious choice for us. We didn’t want to release a super long song but one that we felt captured the essence of what the album was like. The melody and the crunch.

LTW : ‘Ghosts Of Home’ and ‘The Light And Shade Of Things’ are a couple of  big ten minute tracks to talk about. The former is probably the highlight for me.

RA : I don’t suppose there’s an intention to write a long song,  do they just evolve that way in the studio/rehearsal? And how did that particular song (‘Ghosts’) develop?

I don’t think Jim sits down a and says, “Ok, I’m going to write a long song now, here I go” I think it’s more of a progression from what he comes up with in the beginning, if he feels it needs more he adds to it, then maybe that piece needs another piece to tie it together, and so on and so on…

Jim showed me “Ghosts” while he was still working on it once while I was at his studio, and I loved it. I knew it was going to be something special.

LTW : The lyrical themes of the album seem to be about the passing of time and changes in life – were they  triggered at all by personal reflection or experiences?

RA : Yeah. I was about to change my life drastically. I was getting married and moving to a different country. I didn’t know what was going to happen but it was very exciting and a bit frightening at times. But I wanted it, I wanted to experience something great and wonderful and those lyrics just came so organically that, I wouldn’t say they were easy to write, more like it was very natural.. 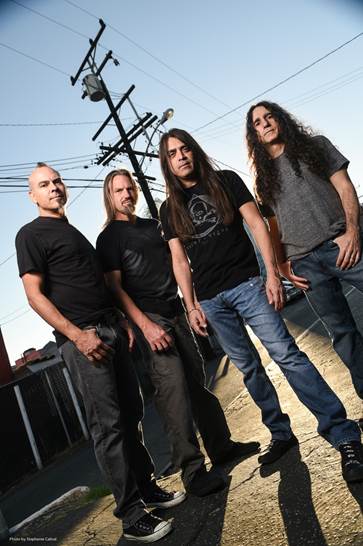 LTW : There are some interesting cover/bonus tracks on the 2cd version –   Uriah Heep, Toad The Wet Sprocket and Joaquin Rodrigo.  Toad are  a name from the past and isn’t Joaquin classical guitar?  What made you select those?

RA : Jim and I had listened to a few things and decided on the Uriah Heep and Joaquin songs. We thought them beautiful and hoped we could do them justice. Singing in Spanish was not easy, that song took over 7 hours to record and it only has about 45 seconds of vocals…

The Toad song was a last minute thing. Once Jim and I were done tracking the other acoustic songs we had some time left so we started going through his cd collection and we had a few different ideas and artists that we thought about but the Toad song was the winner. We are both big fans of the band from way back when.

LTW : The current prog metal field is very heavily populated. Are you starting to feel like you’re old hands in the game now and a band who were at the forefront of  kick starting  the genre? (Mike Portnoy has made very complimentary comments about the FW influence)

RA : I think maybe we’ve felt like old hands a long time ago! Just kidding. I don’t know, bands now seem to want to shock us all on how fast they can play or how technical they can be. I’m not a fan really. Once you’ve lost the soul and groove of a song it just sounds like noise to me. Sorry but that’s how I feel…

LTW : You must have seen a few changes in the industry and releasing music during your career. How do you view the industry in the present day – is it harder, or possibly easier with the technology,  getting your music out there?

RA : I think it’s easier getting your stuff out there now, hell, you can watch and hear any band you want for free on youtube. The industry has gotten rather complicated I think. The rules and payments for downloads are there to make things so much easier for the listener and I get that but the musicians and the artist that are making that music are the ones suffering by people taking things for free. It just isn’t how it used to be… But I’m still glad that after all these years we are still able to make music for our fans…

You can find the Fates Warning website  here: https://fateswarning.com/