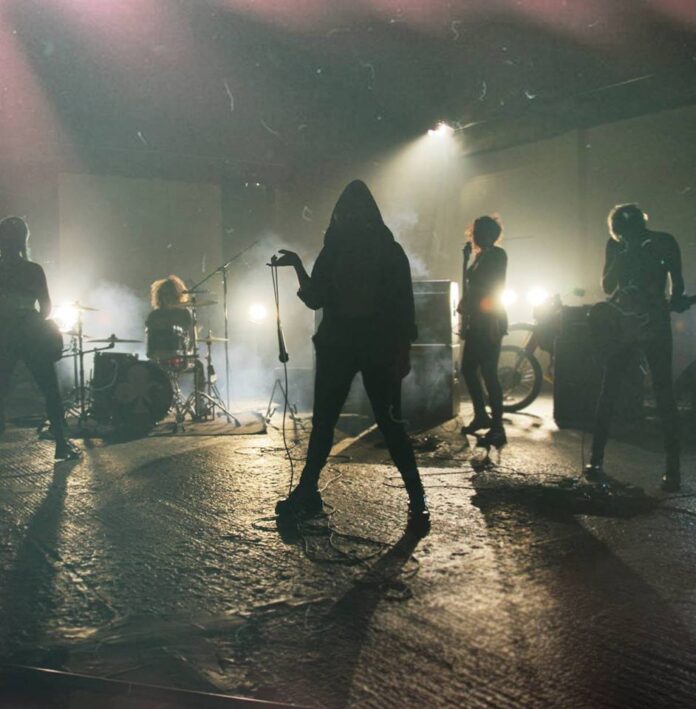 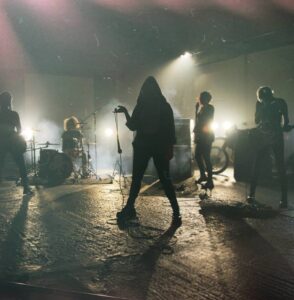 We chat to London band Fake Club about their grunge-influenced sound and the freedom of being independent.

The ’90’s are back. Not only Grunge-Rockers like Foo Fighters or Pearl Jam are picking up their guitars again, their heiresses are also at the ready.

Fake Club aren’t from Seattle, but from Camden. The band met in those pubs where you could find

Liam and Damon during the Britpop times. In the midst of a nearly forgotten era the girls decided on forming a band in contrast to all those autotune and casting show guided bands out there.

“The amazing thing is that everything we do is for the music. Every decision we do is for that and we want to be successful because we hopefully write cool songs and make people have a good night out. That’s the most important thing, not the fame. Our band name reminds us to always keep it real”, says Rosie.

Before joining Fake Club vocalist Rosie worked with Mr Hudson, who is known for working with Jay-Z and Kanye West. But Rosie has already ruled out such an unlikely collaboration for the future:

“The only collaboration I’m interested in is with the Fake Club girls. I mean I had a little go with him and that was great but Fake Club is all what we’re doing, there’s no time for other things and besides that it’s the only thing I wanna do. It’s where my heart is.”

That are not taking things too seriously is already shown in their album title. They called it ‘Fuckable’, an anagram of their band name. While most label bosses wouldn’t support that name choice the band enjoys the perks of being independent: “We’re enjoying the freedom of just being able to do what you wanna do at the moment and that’s important for us as artists to work out what we wanna do before being told what to do.”

Compared to other successful girl bands in rock like Deap Valley or Haim, the Fake Club girls create a more diverse sound. Their debut album features rock songs, punk anthems and even ballads. While you can’t press Fake Club into one genre, their influences are obvious: “We were definitely influenced by ’90’s Grunge bands like Nirvana, the other side, Pearl Jam and Foo Fighters.”

Their album ‘Fuckable’ features 10 energetic songs while especially the song ‘Generation’ captures the band’s feistiness. The last track on the album ‘Midnight at Koko’ was also featured on the soundtrack of the comedy Powder Room (with Sheridan Smith and Kate Nash).

Last but not least some life advice in Fake Club manner: “Be real and keep trying to do things you’re good at, be genuine in those things and love it. If it’s not fun, don’t bother doing it!”

Fuckable is going to be released later this year while the film Powder Room is available on demand.

All words by Louisa Zimmer. You can find more of her writing through her author profile.