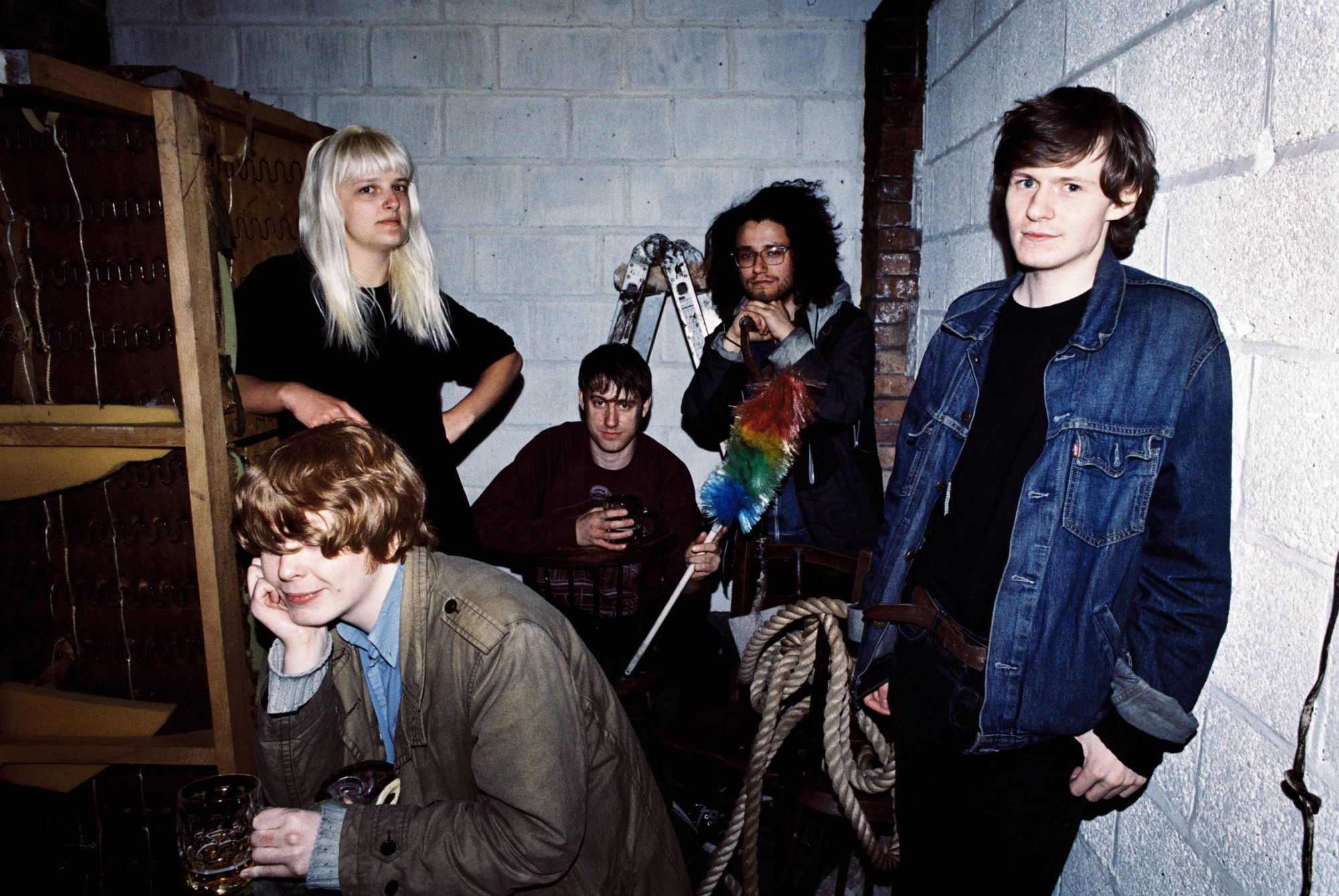 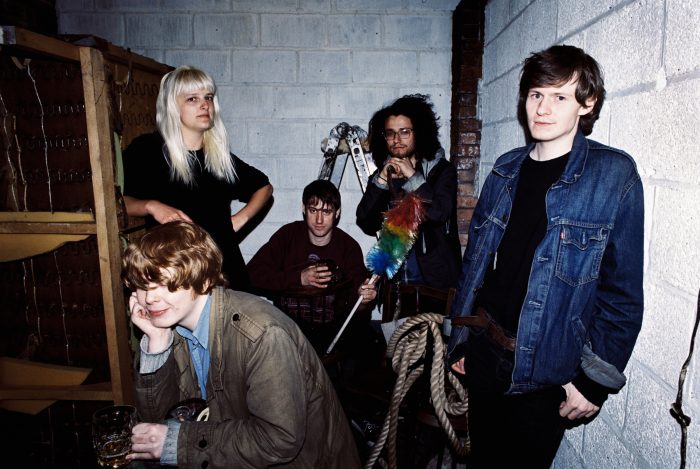 Having just released their marvellous third album, Vanilla, we catch up with Evans the Death about their progression as a band and influences.

“Mark E Smith said that after the fourth Fall album, that would be it, he’d call it a day, so they put everything into it. Maybe that’s what we will do, cos I think there’s a better record in us….. maybe it’ll be our last”

I’m sat outside Rough Trade East with Dan Moss and Daniel Raphael, straight after their album launch. Vanilla, is their third record coming only a year after Expect Delays, and they’ve just played the whole thing. Critically acclaimed but still not quite where they wanted to be, they didn’t waste time in getting back into the studio after their sophomore LP, “the three albums document the progression of the band. The first was quite pop, quite simple cos that’s all we could play, the second was the next step and now Vanilla is more like where we want to be”

The London five piece, comprising of three core members, Dan with his brother Ollie, and Katherine Whitaker, were joined on bass by Daniel last year, bringing a dance, funk element to the band. He wrote the Ashes to Ashes-esque Hot Sauce “I never realised before that it sounded like that song until you mentioned it. I mean, we’re all massive Bowie fans…”

As Dan states “I think you can hear Bowie all over the album….We played Station to Station and Scary Monsters in the van a lot last year until we couldn’t stand it anymore”

Their drummer James Burkitt, who plays on the record, recently left the band to move back to Leeds. Temporarily for the launch tonight, and for the upcoming tour in July to support Vanilla, Sam from Porridge Radio will be manning the stool. He will be their third drummer since the debut eponymous album, but that doesn’t bother Dan “With drums in particular, it can change how the whole thing feels, even if we’re playing the same song, and I like that”

The inclusion of Daniel last year, after a friend of his, who knew the band, had moved back to his native Brighton and told him that Evans the Death needed a bassist, has brought a new dynamic to the band “He is a very inventive bass player and brings a lot of ideas to the table…this is definitely the best we’ve ever sounded”

Both feel like there is more that they can give. Daniel isn’t that impressed with his own performance “I think I’ve become a better bassist since last year, I could definitely have played better on the album, there is more to come from me”.

Modest? Maybe? Self-deprecating? Most certainly, because Vanilla is the sound of a band finding their feet in spectacular fashion. Gone are the simple structures of verse-chorus-verse-chorus and in come songs with two or three suites, styles and sounds flying in all directions. Dan insists that it just happened that way “I wanted to do something less predictable. We weren’t thinking ‘this is a mashup’ and jumping between styles just to try and be weird. I kind of like it when a song starts in one place then takes you to another but it still works as a whole”.

This record dances around the influences and genres, there is nothing to put a pin in or stuff into a pigeonhole. Flitting from jazz chords to psych tinged wig outs, to dancehall brass to Bowie. It’s an eclectic, enthralling kaleidoscope.

You could be forgiven for thinking that they may be a little unfocused, not sure of their sound or identity, but the record is a succinct and fully formed body of work. Each song may meander around their influences, but it’s a band that don’t want to stand still and produce another record the same as the last. They want to challenge themselves whenever possible; not least with their recording process.

It was recorded in three different sessions in October and November last year as they couldn’t all make each block of time booked in the studio but that wasn’t really the plan “I really wanted to record it in three days, but that wasn’t possible, but in the end it was still only about 10 whole days in the studio. We decided to limit ourselves to eight tracks and this meant we were restricted in how much we could change it after the recording, and the amount of overdubs, which is what we wanted. What you hear is very close to what we did in the moment”.

For such self enforced limitations, the layers of instruments and rich sound suggests a prolonged mastering and mixing but it is to their credit they have proven you don’t need to spend three months in a French chateau with a mixing desk the length of a Wetherspoons Bar. “Well, maybe one day if it’s financially realistic, but for now we decided to make a virtue of our limitations by increasing them”

Named after the undertaker in Dylan Thomas’ radio play Under Milk Wood, but that’s where the literary references end. “We read a lot so maybe it rubs off somehow, but in the end it’s only a name. The lyrics are quite personal. We’re not trying to be Oscar Wilde or anything. I wrote Haunted Wheelchair after being assaulted and having my jaw broken, but I hadn’t been sleeping and it’s really about the weird feeling I was already having”.

It can be very easy to over egg the pudding, over complicate, create a bloated monster with more layers than an Eskimo on a fishing trip and add multi-tracked guitars until not even the artist can distinguish what he can physically play. It’s difficult to create boundaries, keep a tight rein on your budget and indulgence but not curb your enthusiasm. Evans the Death have managed to produce a sprawling metropolis of a record, each song a street of oddity, expression and excitement.

What’s round the corner for Evans the Death? “To tour the record. I’m sure we’ll make another one at some point soon, we have some ideas for new music” What does that sound like? “Creatively there’s never much of a plan, it could be anything. We’ve got no idea when it’ll stop”.

Vanilla is out now on Fortuna Pop!

Evans the Death are on tour in July with Porridge Radio:

Interview by James Auton. This is James’ first piece for Louder Than War.