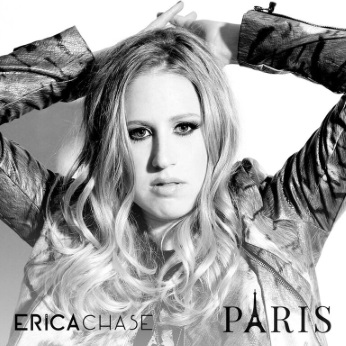 Recording artist Erica Chase, has just released her new single/video, entitled: “Paris”, and it is powerful!

Louder Than war spoke to Erica, who is not only a talented songwriter, and singer, but has a running knowledge of the music industry, and eerie sense of what is supposed to happen and why when it comes to her music. Meeting her now, longtime manager, Dana Strum from the heavy metal band, “Slaughter”, and then nearly dying 24 hours later, was viewed by Erica as a sign to follow her dream.

Louder Than War: I love your music! It’s extremely relevant. I understand that you’ve been writing music for sometime now.

I’ve been writing music almost two decades. Since I was a young kid.

Growing up, were you inspired by a particular artist or artists?

I always tend to gravitate towards older music. The Beatles, Rick Springsteen, Fleetwood Mac, and all that kind of stuff that my parents would listen to, and expose me to. But, at the same time, I always stayed current and up to date with what was going on in the top 40s.

I feel like your songs have somewhat deep messages, I’m wondering if your song writing is an outlet for you and your experiences, or experiences of others?

Absolutely. Most songwriters use that as a sort of therapy to have an emotional space in a certain place. Sometimes we can’t articulate those feelings into words. You don’t want to repress them, so it’s a great healthy way to get it out there, and also intentionally I’m not too specific with the lyrics so that someone else could relate. The point of being a songwriter is, once you write the song, and it’s out of you it sort of belongs to the world, and it’s up to you to make sure the individual person is listening to what you are saying. Like with “Adele’s” ” Someone Like You”, you say, ” that’s what I’m going through”… That’s the point of it really.

If you could perform anywhere in the world, where would you choose?

I’m born and raised in LA, so I’ve always dreamed of performing in all the famous La landmarks, but it would also be amazing to play in London, or in New York, at Madison Square Garden. Just “Legendary” places where there is so much history.

I know that you know the music business somewhat, how do you feel the industry has changed since social media, streaming, and things like that, as compared to going into a record store and buying a CD, or even a vinyl?

It’s been such a dramatic change, especially with downloads, but now streaming has risen. The way people are experiencing music has changed the entire recording industry.

How do you guys make money?

That’s why artists are touring constantly. Whereas before they didn’t as much, because they had the ability to get music royalties, and get paid. Since that has now lessened , artists will just tour, and try to stay out as much as possible to earn the same or less than they were before. I also think that you have to embrace it, you can’t run from it. The record companies thought that when downloads started that it was just a passing trend. But it’s not that way. They didn’t really get on board, so they ended up getting lost. So now artists don’t need to have that, and they can create their own. You don’t have to go to a studio, you just need a laptop and a guitar. You can put it out on iTunes. If you have the ability to have a social media following and some press and exposure, you can compete. That part of it is kind of cool.

Is there a current favorite song that you’ve written?

I really think ” Paris” is one of the best songs that I’ve ever wrote. It’s a really special song for me, but also the most recent song is usually it, because it’s exciting. So whenever I write a song, it’s exciting because it just keeps you encouraged. That’s my biggest fear, running out of songs.

Somehow I don’t think that will happen to you. What inspires a song? When one comes to you, do you have to run into the bathroom and write it down?

Typically when I write a song, it’s not like a conscious thing. I’m just dirt of a vessel, and it tells me when it wants to come through and I just sit down with a guitar , and it just comes through pretty quickly. I usually write songs within 20 to 30 minutes, and it all at one time, I never go back to anything. The music and lyrics happen simultaneously, and it just sort of flows. If it starts to be a struggle, then it’s not ready to be. With “Paris”, that came to me in a slightly different way. I was driving home, listening to some music in my car, and the first line of the song,”I thought I left you in Paris, in that melody just came out of my mouth. The song was starting itself early. I didn’t even know where it was coming from. After I wrote it, and I’ve heard other song writers say this, you kind of know when you have something different. Something that stands out. I immediately called my longtime manager, Dana Strum, ( from the band “Slaughter”), and I played it for him.

Now you have a special story to tell. One that changed your life.

I had a crazy, near death experience. I was hit by a truck on my bicycle when I was in college. There was a series of events leading up to it. I was finishing college, my last year, and I wasn’t quite sure what I wanted to do after. I always played music, but a part of me felt I should use my education and do something with that. I didn’t have the balls to say I wanted to pursue music. I applied for a teaching program, but I wasn’t accepted. Thankfully, or I wouldn’t be talking to you now. My dad befriended someone that knew Dana Strum, from the band Slaughter. He arranged for Dana to give me a call. I didn’t even know who Dana was. He was on MTV when I was really young. I had to google him. I thought that after the phone call there was some weird energy going on. It was a mixture of elation and fear. Then less then 24 hours later is when I got in this accident. I woke up in a flight for life helicopter. It was a crazy frightening experience. I pretty much walked away relatively unscathed. I knew that that happened for a reason. I didn’t need anymore signs, and they all pointed to “go chase your dreams”.