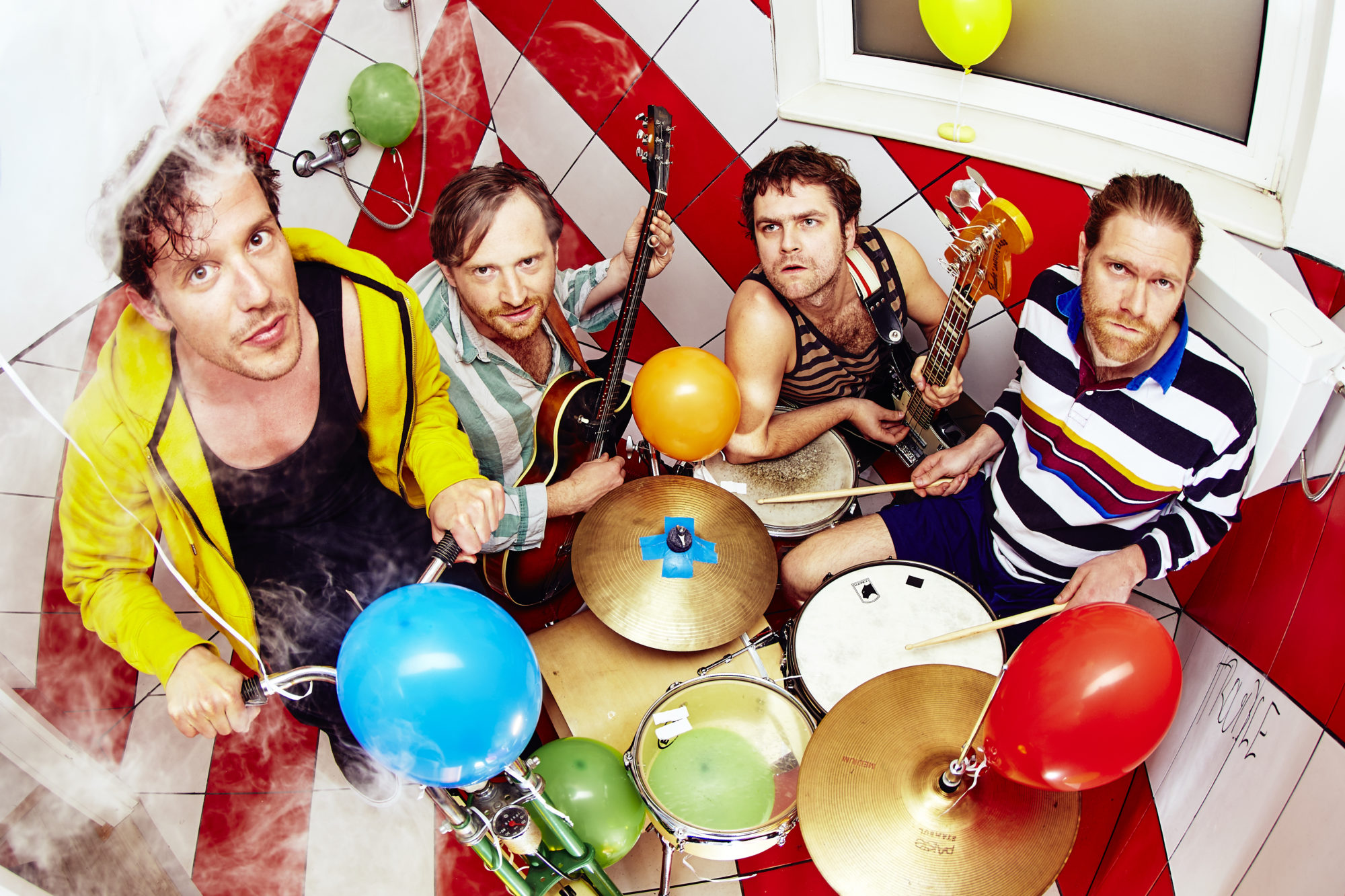 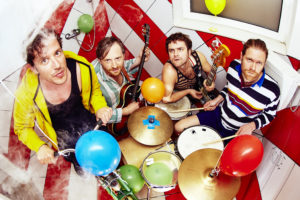 Musically refreshing, the Austrian band, Electric Ray and The Shockers have recently released California Torpedo, and their new video T.R.O.U.B.L.E. along with it. Their surf rock is combined with a mixture of punk, psych rock, and heavy rock, with influences inspired by the Pacific Ocean.

They process a definite sound, and a definite theme. The Shockers include: Christoph Stadler on drums, Manuel Mitterhuber on guitar, Mario Stadler on bass, and of course frontman Electric Ray.

This band goes above and beyond musicality. They are fun to listen to, and also fun to interview.

Louder Than War: Why California?

Ray: I’ve been travelling to California since I was a teenager and realized that a lot of the things I grew up with and love originate there. The skateboarding and the surf rock music always keep me going. It’s such a crazy place.

My impression is that the US west coast is the terminal destination of western civilization. California and its major cities are the wave breakers that catch all the cultural and economic flotsam and jetsam that is gathered up along the way constantly crashing against the barrier of the Pacific Ocean compressing and distorting, forging and breaking humans and music. California melts and mingles and merges the music and culture of everyone drawn to that mess including me.

The subject of the album California Torpedo is in part this insanity bubbling beneath the surface of mainstream west coast culture, my own figure and story, the solitary and nocturnal stingray torpedo California circling its headwater topped off with the pop cultural reference to the Dead Kennedys.

What music and artists are you inspired by since your own music is very diverse?

Ray: I am so amazed and thankful for all the musicians working and bringing us their music and I get a kick from anything ranging from choral to modern dance music to black metal.

Bob Dylan tapped into something and wrote lyrics like no one else and The Melvin’s wrote Honey Bucket, one of the best rock songs ever.

Who writes the music?
Mario: Some years ago Ray and I started producing his songs in the studio. The band hadn’t really existed, yet. For some songs on the album we’ve invited friends like Roman Lugmayr on the drums and Laermpirat on the bass to help us out. At some point we decided we needed a band. That was when Manu and Fizl came in, as I’ve been working with them all my life. Since then we try to give it our best shot with every new song.

Ray: I write all the lyrics and have a basic concept of the song when we meet in the studio. Then all four of us arrange and produce the song together.

My initial ideas are very singer-songwriter and The Shockers bring so much skill and flavor with their lifelong musical experience and taste.

Is there a song on the album that you enjoy performing live more than the others?

Ray: Tempt Me can get pretty intense.

Mario: I very much enjoy the more silent and fragile parts since they can be quite demanding in a live situation. It is a delicate act to keep up the right level of concentration for ourselves and as a consequence for the audience. Especially when you’ve just performed a raw and loud and energetic part or even switch between those.

Mario: I love the parts we are all singing together. I look at the other three and it gives me the chuckles. Then I think to myself, “Look at us go…”

Ray: We are playing single shows in and around Austria right now and would love to venture further. Booking is a business.

A support slot for a cool touring act would be killer. Anybody interested in working with us is very welcome.

What does music mean to you personally?

Fizl: Music is fascinating because it is a form of communication in which everybody is allowed to understand whatever they want.

Ray: Music gives me a reason to go on. The world I experience and the blues can be so much. I can’t see how I’d survive without music. Also, I am fascinated with the effects that music can have on the mind and the mood. This guy once gave me a kind of sound massage. Sort of chiropractic but with drones that he made sing. Really weird and cool. That felt good!

Mario: Music is part of my life like eating and drinking and I haven’t been doing much else for the past 15 years.

Is there a certain instance that you knew your band had “made it”?

Ray: Everytime I see the audience start to dance and mosh I know we did alright.

Mario: And, of course, when the Ferraris were delivered.

Any new projects on the horizon for Electric Ray?

Ray: We started recording new material for our second album and, in time, we will release another full length.

Mario: Releasing another music video is also a goal for the coming months.

What is your favorite thing about performing live?

Ray: I like showing and freaking and by doing that giving the audience a chance to come along. I like seeing the whites of your eyes.

Fizl: The state of total concentration that I can only achieve if I play in front of an audience.