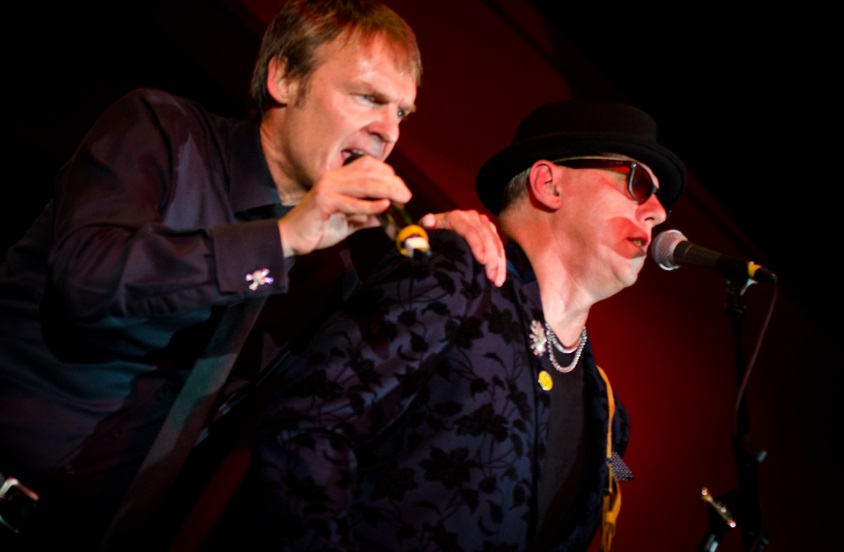 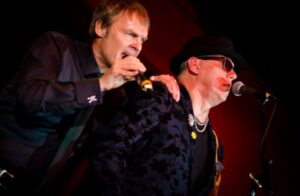 I love, love, love Department S, so it was an honour to grab an interview with Eddie Roxy. Here, he speak about life in 2015, the new album and punk pigeon holing.

How has this year been for the band?

We have been generally just doing a lot of rehearsing as we’ve got a new album coming out.  Then we started going out and doing the songs live. We’ve only had about 15 or 16 gigs, it’s been a quiet year but it’s because we’ve been working on new songs and seeing if songs can be part of a live show.

Hopefully the record will come out next year, we’ve got six songs already recorded and are going into the studio to do another four, we’re hoping for 15 tracks which are already written and then we can sit down and decide which ones we want on the record.

Oooo new album, this sounds interesting what can you tell us?

There isn’t a theme as such. It’s called Constructivist Nightmare, our guitarist Mike came up with.

We recorded our last record, Mr Nutley’s Strange Delusionarium, live the same way as The Beatles used to do. We did it in one go and did the mixing on the side and it was really just showcasing where we were and where we’d been , anyone listening to us then and us now would see a different side to us.

You’ve had a long career, how have you changed as a band?

We’ve kept the rock and roll sound going. The whole thing started off with us wanting to be a band like Mott the Hoople and The Faces and sadly we got a bit side tracked by how big a hit Is Vic There was. People asked us to do more commercial stuff. So we’d gone from potential NME to Smash Hits. We didn’t want to go in that direction, but was told to do it by the record company.

Musicians that came out in the 60s wanted to play music by the time we got to the 90s it was full of people that wanted to be stars.  Once you’ve finished doing the hit music side you’ve got something to fall back on that you actually really enjoy.

What do you love about being on stage?

Basically it’s great getting up there and having fun. The rewarding thing is to see the crowd enjoying it as well.

Who would you say Department S are now as a band?

I would say that our ambition when we came was to be a mighty fine rock and roll band in a general sense. People who like any sort of music in the general spectrum of rock would enjoy us. We don’t want to be a certain genre, we just want people to come along and say were a really good band.

People are pigeon holed into punk rock genre who fall into many genres, like The Damned.

Do you feel pigeonholed?

Less so than a lot of other bands, some bands are pigeon holed a lot more than we are. Is Vic There? is our calling card which opened doors but is not viewed as a punk rock.

We’ve gone from playing Glasto to Wicker man to Rewind Festival. Lots of festivals we played aren’t that punk orientated. Penetration do the same thing, you could stick them onto lots of different line ups.

Too many people want to compartmentalise you which isn’t always a good a thing!

We’re hoping to get out to Europe again next year.