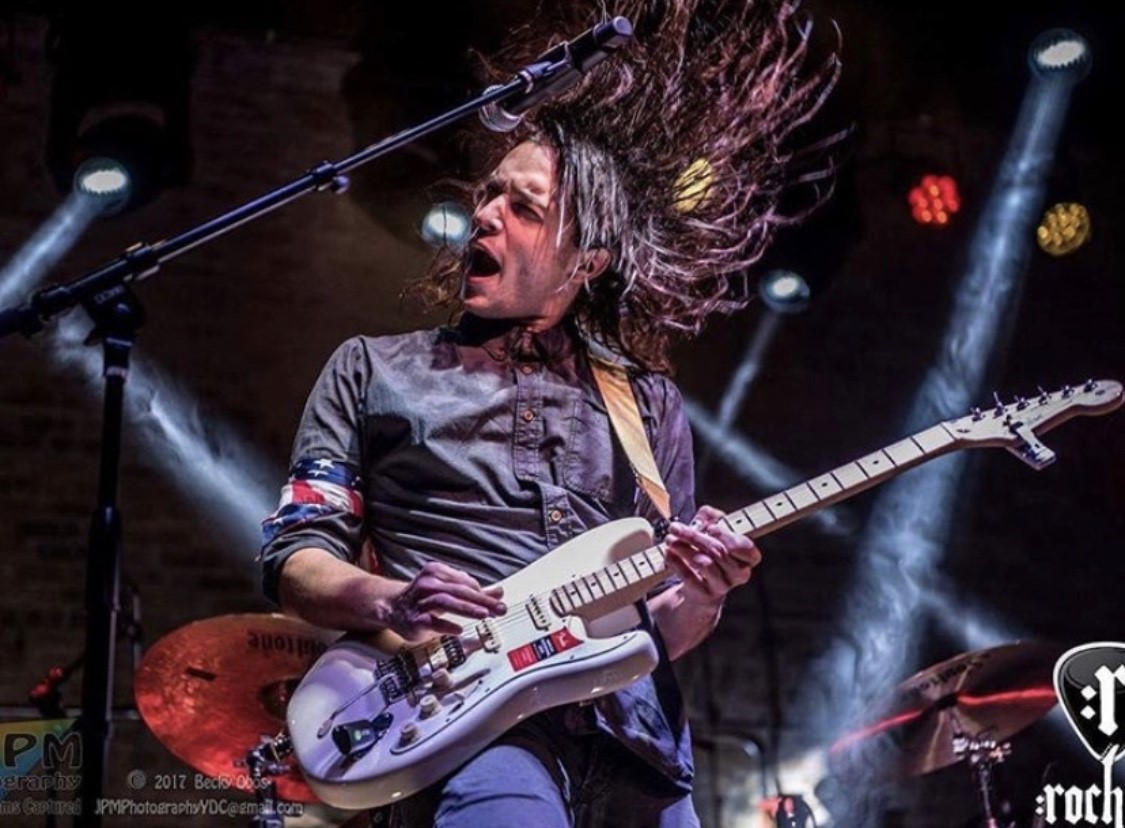 Derek Day is a supreme and positive force of nature, an effervescent anomaly both electrifying and vibrant, and now a part of the revolutionary futurist  experiment in music, Think:EXP. Derek is an eternal energy like a supernova and has become a pertinent dynamism to Think:EXP as it strives to bridge the gap between the human spirit and technological innovation with one of a kind live immersive concert experiences. 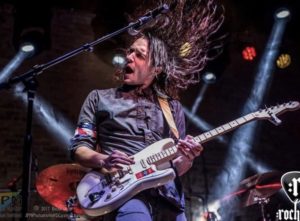 Day is the edgy new vocalist and guitarist taking his place on stage with the best musicians on the planet and already members of Think:EXP which includes: Scott Page, mastermind of the Think:Exp project and saxophone player for Pink Floyd (the third most influential band in the history of music), Kenny Olson, founder of Kid Rock’s Twisted Brown Trucker Band, Stephen Perkins, drummer of Jane’s Addiction, Norwood Fisher bassist  of Fishbone and sometimes Tony Franklin of The Firm. Think:EXP is on a mission to create these immersive experiences by reimagining the classics and is currently venturing  ”Beyond the Wall” with their own spin on the music of Pink Floyd. ”Beyond the Wall” is a futuristic exploration of Pink Floyd’s journey into the realm of virtual reality and artistic evolutions via a shared VR experience with mind blowing visuals, customized 360 projections and surround sound.”

Starting his career as a self-taught street performer, after releasing a solo album in 2016 he grabbed the opportunity to be the direct support for the final days of Steve Vai’s 25th anniversary tour. In 2017 Day performed at NAMM, the Sundance Film Festival and then opened for “Living Colour.” He was then asked to open for the “Motor City Madman” with Ted Nugent. The buzz created caught the eye of the iconic guitar company, Fender who officially endorsed Derek. Between opening for various bands including “Living Colour”, and “Lynch Mob”, and appearing at festivals, the Palladium, and Lincoln Center, he finally found his way into the hearts and soul of Think:EXP.

I spoke to Derek regarding the Think project. For someone so dazzling and illuminated he was completely humble and appreciative, and very modest…..

I bumped into Scott Page two years ago at NAMM. I said “Hi”, and told him I was a fan of his. But then as of this year in January at a pre-show for NAMM called something like The Artist Relations Expo, Scott saw my three song set with my solo project trio. Then later on he had a set with Perkins, Kenny Olson, Fabricio Grossi, and I think Will Champlin was there. He asked me to come play. He asked me to do the Wisdome at that time, but I only started in March. I was kind of all over the place.

What do you think about the whole Think:Experience?

This is the future I think. This is the future of entertainment. But it’s also kind of the past and the present as well. The way we are doing it, the way Scott is handling it, is very innovative. The way he’s talking about doing it more as he’s going way beyond how we’re doing it now. He’s thinking about more of a performance on the visual side as well as the artist side.

From a 25 year old standpoint, would you come see the show again and again?

Yeah, 100 percent. In fact my friends are asking about it all the time. They all purchased their additives to come.

When did you begin to be a musician?

I’m 25 now, and I took it much more seriously when I was 12. I think I picked up a thing when I was 2 and I started singing when I was 5. My mom was always singing around the house. She doesn’t really play music and my dad doesn’t either, but they showed me some disco when I was a baby.

Yeah, Abba, Bee Gees, Off The Wall Record, all of the cool disco.

You’re so on your way to something with your talent, what would you like to happen in your future if you could have anything in the world?

I want to be the next voice of a generation. That’s what I’m shooting for. I want to have an innovative song, pop, ….I want to innovate pop song writing to where it’s heavier and more rock n roll, and actually well strung together, more thought out, more precise, like what pop music was in the 60’s and 70’s. It was more thought out, very competitive. There was a bar that you tried to not only reach but surpass. I’m trying to do that for now.

Then if you could have your ultimate stage fantasy, what would have to happen?

I think it would be Madison Square Garden. It would be a huge production, fireworks, and something to do with screens. Maybe big screens with lasers. Then like escalators….

Yeah, yeah, that would be cool. A big production.

So you write your own music?

Yes, I write every day. In fact I’ve been working with a producer and he’s produced huge bands like Soundgarden. We’ve been writing every day, and we are going to release an album hopefully by the end of the year, or in January after the holidays.

I would say, what inspires my songwriting.

Derek, what inspires your songwriting?

I have 3 older brothers and one of them plays music, the other one dabbles, and they are 29, 30, and 31. I would say them first because they are all really cool characters. I’m like them all in one. There’s that and my mom inspires me, nature inspires me. I constantly try to write in the forest with my German Shepherd. I try to do that and also being hungover is really inspiring. There’s something about waking up and feeling like shit. There’s some charisma there. “I’m just going to write it, I don’t care who likes it.” And because of that it sounds really good….like “Oh wow, that’s just who am.” Then there’s this whole sound….I write a lot. I don’t write when I’m drunk or stoned. I wait until I’m hungover.