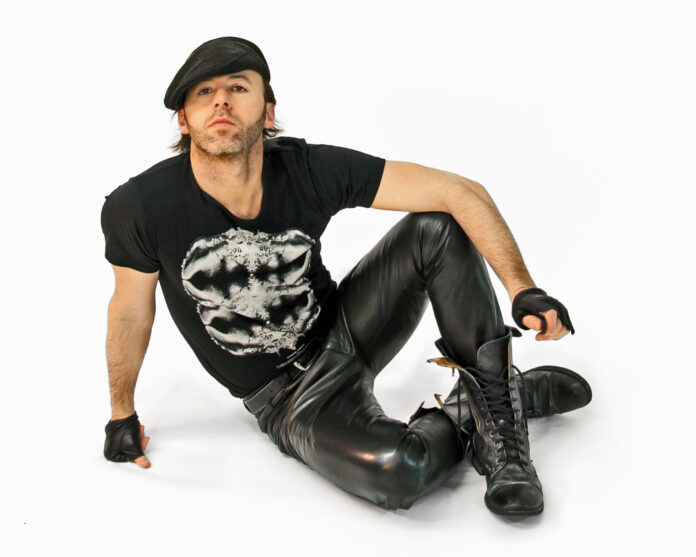 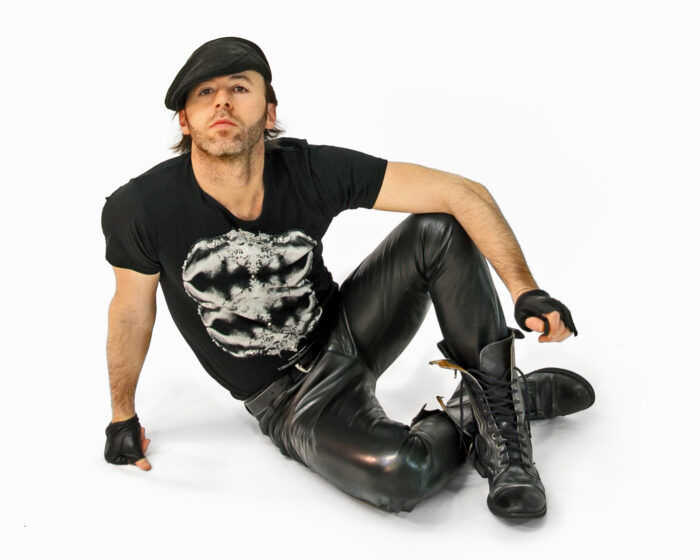 The king of Pop~Synth, Derek Bishop, is back with the second single from his new retro disco album “Bicycling in Quicksand”, and it’s called “Shutting Down”. The new video takes elements from the album cover art and blend them together in a crazy 80’s dance party. The video ends up resembling some bazaar and highly energetic James bond opening credits.

Derek enlisted the help of his sister and of friend and fellow musician Brett Gleason to co~star in this unusually psychedelic and colorful video.

I don’t believe there has been a genre yet invented to describe Bishop’s music. It appears to be a cross between someone chasing after the elusive unicorn and actually capturing it in the middle of a field of rainbows and glitter, and going to church and truthfully finding something to believe in. Although many of his lyrics tend to be on the dark side, it really doesn’t matter because one becomes happy just listening to his music regardless.

Louder Than War: Derek how would you even begin to describe your music? I personally hear some dance, some synth, a little bit of EDM, a lot of 80’s, and then even a touch of Broadway.

In my head I am hearing some of the things that come true on the final product such as the harpsichord on the track “Automatic”. I try to keep little post it notes in my brain so that when I record I remember all of my ideas, but you can get lost amongst all the different flavors that are spinning in there. I wanted each song to have a distinctive feel. When I was recording the album somebody popped their head into the room and inquired as to what kind of sound that was. He said it sounded like rainbows.

Are you going to be touring to support the album?

I am currently touring now, as a matter of fact I’m calling you from Virginia, where I have a concert tomorrow.

Do you have a favorite song on the album, one that you are most proud of or enjoy performing more than the others?

They come and go, but I’m always drawn to “Automatic”. For that song I felt I wanted to be kind of Partridge family in the early 70s. I want to have that creamy background dripping through it. So I wrote something that felt mid tempo that was kind of like a band of bizarreness.

I’ve seen some of your fashion, where do you get your clothes from?

I see something and I grab it. A lot of scarves, and I don’t care if it’s a woman’s or a man’s. It’s my Stevie Nicks thing.

Sometimes your lyrics seem to be on the dark side, yet the instrumental portions of your songs are happy. So I’m confused are you a positive or negative person?

I am a positive person. A lot of the darkness is not about things that are dark subjects. It’s just making sure I cover all the bases. With anything, even a happy day, there is always a little roughness around the edges. I want to make sure there is an extra layer of depth in there.

Now you actually do ride your bicycle through New York City, what exactly are you thinking when battling the traffic?

That’s actually where I come up with some of the more catchier tunes and lyrics. It’s stress relieving, and also you get the wind in your hair and it’s good I try not to listen to music for one thing. I don’t want a car to get in the way but I want to make sure that my brain is open to come up with new ideas. I am much more creative in that situation. So I start humming something and I’ll pull over and record it. Actually five of the songs from the CD started on my bicycle including the title track.

You are a new addition to a crayon box, what color are you?

All words by Eileen Shapiro. More from Eileen can be found over at her Author’s Archive.