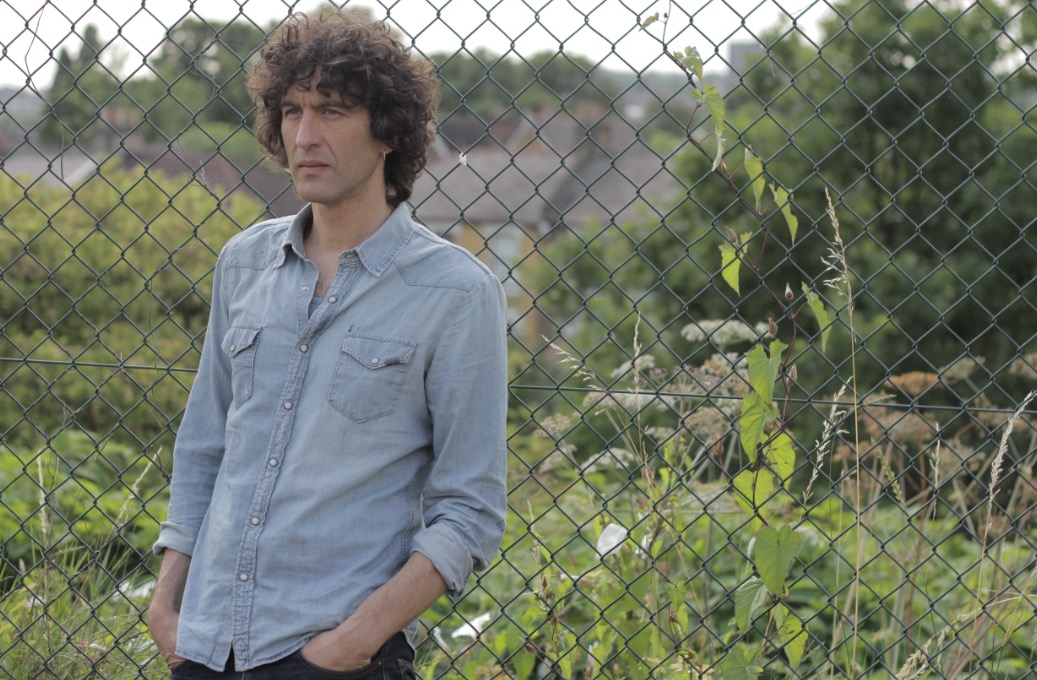 Singer, songwriter, and guitarist Dedi Madden has recently released his debut album entitled: ‘The Final Man”, a collection of heartfelt songs with a down-tempo beat. His credits as a guitarist and singer include working with, Sia, Zero 7, Bob Geldof, Roger Waters, Tricky, amongst many others. He has also toured with Sia, and Zero 7 throughout the US in front of huge arenas and sold out venues. 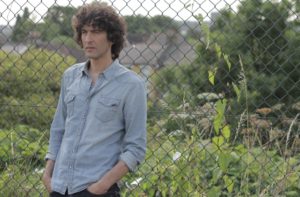 I met Dedi after an Adam Ant concert in Brighton, as he was a friend of AP, Adam’s guitarist. I was impressed by his style, his demeanor, and his creativity. I spoke with Dedi  in depth about his music, inspirations and future plans, as well as his release. He spoke of his very cool musical journey which finally brought him to record “The Final Man”.

Louder Than War: What have you been up to since we last spoke?

I haven’t been writing for a while, because it’s funny, when I have unrecorded stuff something in me just stops. I just don’t want to be back-logged. I have the next album ready but I’m not in a position to get a band and record. I’m just able to turn that on and off. It’s like this songwriting process is going on all the time internally, and whether something becomes a song or not is whether I choose to go into that mode.

I’ve listened to your album, and I liked it.

Ah, cool. Did anything strike you about it?

I found it very melodic and relaxing. I don’t even know what genre to tag it. Do you have a favorite song that you like to perform?

Sometimes I’m doing acoustic spots and I pick something that works for that, in terms of favorites, I love the record. I really feel that way about it. When you hear actors talk about not watching what they do, I go back to it. I really get something from it, I’m really happy with it as a piece. I’m also dying to get to the next record. I don’t have the luxury of when I was with Zero 7, that was everything. We could make records, we could tour, it was all about that.

I traveled as a child. My stepfather was in the diplomat business and I went from Israel, to Mexico, to the Dominican Republic, to Sri Lanka. I had a lot of cultural influences. It was really great, sort of training me to be able to just put down roots wherever. Temporary roots in terms of educating me about all these other cultures. Only as a child, I was saying goodbye to everybody every two years, to all my friends. But, I’m very good at making friends.

You’re based were in the UK?

Well, I was in London, and we’ve moved to Brighton. Which is why I met you there.

You want to focus on the creative side of yourself, and for people to know that side of you, so why don’t you give me a creative history in reference to that.

Well, I wrote my first song when I was ten years old. I’ve got a book where I keep all of the songs, I’m on the second one now. The first song was called “Zeon”. It was about my friend’s dog, that was his name, and the dog died. I think it was an old English Sheepdog. I think I was really feeling my friend’s grief. I just wrote this song and I didn’t think anymore of it. When I look back, I can see that it was definitely an outlet from the start. It wasn’t like I just I wanted to write a song to sound like something else, I think I really got that from early on. Then I just started doing gigs and sessions because I was also a guitar player. I could join a band as the guitar player. So I had a lot of jobs playing guitar. I worked with Roger Waters for awhile, I did a record with Tricky, and I was in and out doing record deals of my own. It’s funny because just as I was at the point where I thought I had enough of doing this, not as an artist, but as a professional, maybe it was too unstable, I never really thought that, I thought maybe I just  needed a break, I did a free session for someone because I was persuaded to do it. It was a favor for someone that couldn’t do it. It was in the studio that belonged to the two guys from Zero 7. So one of them was engineering the session. It also belonged to Nigel Godrich, he’s a big, big British producer. He didn’t use the studio anymore, so they used it all the time. So they kind of whispered in my ear, “would you mind coming back and doing something for a project that we’re working on”. I said yes. I really liked the music, and I said I’d do it for nothing. I just liked the music. Then they sent me a mix of a song I played on with Sia singing and she blew me away. She’s a big star now.

She’s one of my favorite artists in life.

When I heard the song I thought there was something great about her. I thought she’s got something. We had two other singers on the album that were great. A year later I got a call from Zero7’s management saying “Everyone’s gone crazy about the album, we need to do a show”. The first few shows were big venues. Their first gigs were big festivals, classic venues. They had a lot of studio experience but they had never really performed. Then it just took off. We did tour after tour. I did the first three albums with them, and Sia did the first three albums with them. It was an amazing journey. I’ve been in bands before, but this lasted from beginning to end, I think eight years or so. It was the biggest kind of musical family that I was involved with. We had Jose Gonzalez on the last album. He toured with us, he was fantastic. Then I was just in and out of other people’s various projects.

When I thought I was going to make a record, I said, “I don’t care if it sells one copy, but I want to make it the way I want to make it”. I had limitations because I didn’t really have a budget, but I didn’t want any industry. I thought if I had any industry involved there would come a point where someone would say, ” you need to take that song off”, or “someone wouldn’t like this or that “, I wanted the space to do it my own intuitive way. So I would listen to my friends with their genuine opinions because they’re not invested in it. They were just responding. I listened to the musicians who are involved, and that was great. I always give them a lot of freedom.

“I was getting people I HAPPENED to know from school days who are now world class musicians….so I’ve been spoiled. They’d squeeze me in, in-between their duties with the likes of Sheryl Crow and Ryan Adams, and that took time. It was similar with the mixing. The writing was quick though.  I had 40 new songs from day one.”