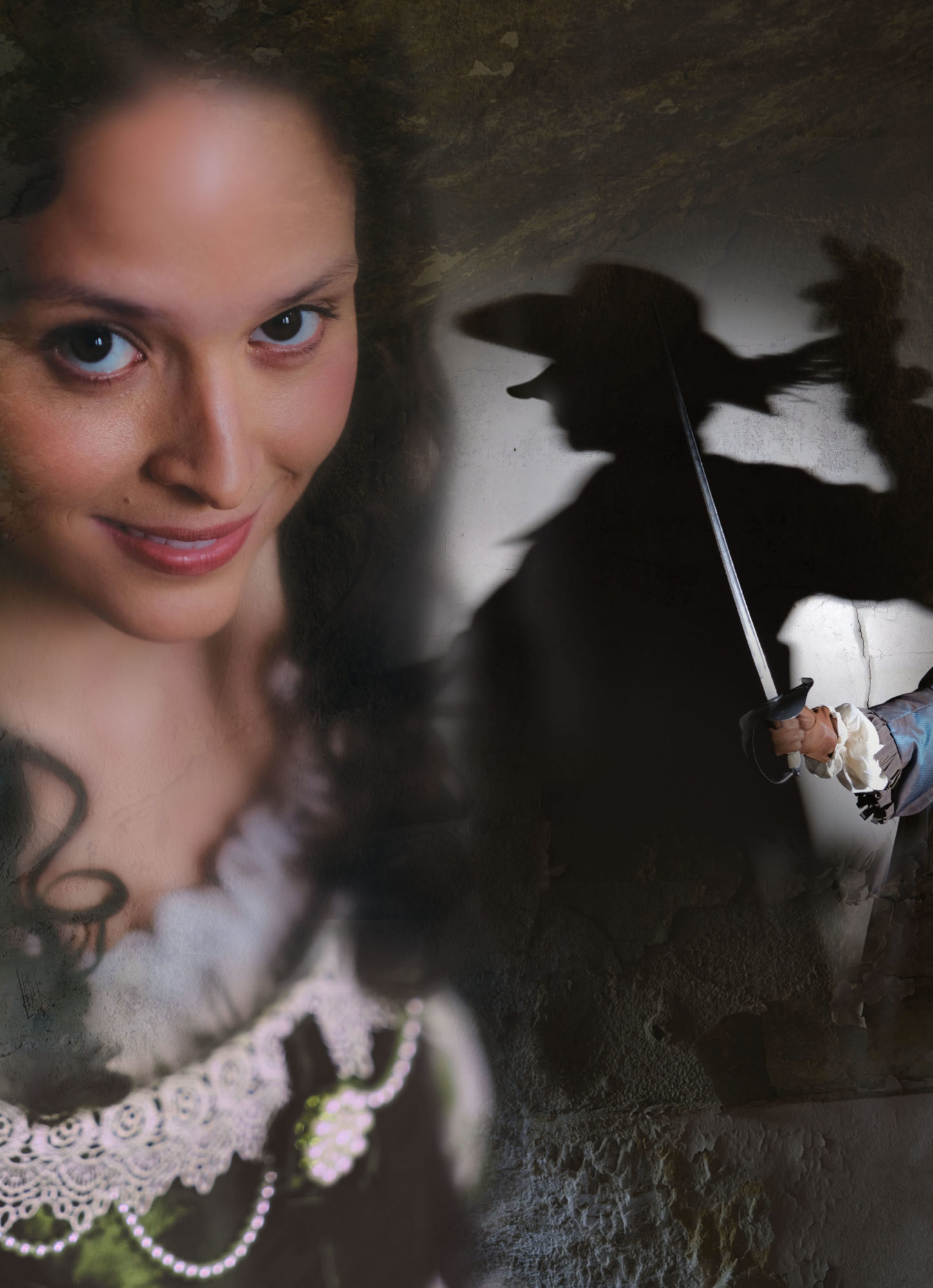 As Northern Broadsides kick off their 25th anniversary year it is not surprising they have once again called on the services of regular collaborator Deborah McAndrew to adapt their version of Cyrano De Bergerac.

Most people think of it as just a play about a bloke with a big hooter but McAndrew has focused on its universal themes of love, honour and doing the right thing which really works for a company who has always done things in its own idiosyncratic way producing work that speak to audiences free of stage school affectations.

It’s a good fit for McAndrew too as her work is always about finding the common humanity that links us all – even in these turbulent times – but always with a northern sensibility.

“It’s about unrequited love where a young man called Cyrano de Bergerac who is in love with a woman called Roxane, but he has a massive nose which he is completely hung up about ,” says McAndrew. “But he is also the best poet, swordsman, playwright, wit and all round good egg in the Paris of the seventeenth century.

“Roxane has her eye on a newcomer in town who is a young baron called Christian de Neuvillette and she asks Cyrano to approach him on her behalf to tell Christian she would like him to write to her.

“So once we get there in an around about comedy way it transpires Christian is very handsome, but he is not the sharpest knife in the drawer, and they cook up a plan that Cyrano will write the letters and Christian will sign them. Roxane basically falls in love with the letter writer.”

But as anyone familiar with Edmond Rostand’s classic tale true love does not run smoothly at any point and this production remains true to the humour and tragedy wrapped around real life events in a seventeen century Europe ravaged by a war where no-one is quite sure what they are fighting for.

“It’s set at the time of Musketeers beginning in 1640 and around the time of the Thirty Years War between France and Spain. Cyrano and Christian are soldiers and there are real world events like the Siege of Arras where the French surrounded a town in the Netherlands, and were then surrounded by the Spanish, so it was a siege of a siege.”

This is McAndrew’s fifth adaption of play by a European writer for Broadsides but many people will be familiar with the film version starring French film legend Gerard Depardieu set in the seventeenth century or the unfortunate comedy update Roxanne starring Steve Martin sporting a daft nose.

“I’ve adapted Cyrano de Bergerac so it’s him and it’s the same ending as Steve Martin tinkered with that. I love Roxanne, but in updating it something is lost as there is a loss of the peril, and it’s a full on comedy whereas the original is more bittersweet. There is much more at stake and people actually die in the world of the play in swordfights.”

Ironically for a play set in the chaos of seventeenth century Europe and written over a century ago the core theme them of Cyrano’s self-loathing is really pertinent as today’s young people are bombarded with images of perfect bodies via the Internet.

“He’s got Body dysmorphic disprder as his nose is something everyone else can get past except him – he just can’t get over himself. Big noses can be attractive depending who it is. Dustin Hoffman has a big nose, but he has an attractive personality, and a lovely face.

“Cyrano is not a handsome man and it’s important he isn’t, but everything else about him is so wonderful you would soon get past it. Like Gerard Depardieu ,who is a bit mashed as we used to say at school, but what great sex appeal and charisma, which is why he was perfect casting in the film except he was a bit too old.”

McAndrew is a prolific writer of her own plays but says she particularly enjoys working on texts originally in another language as that gives her much latitude as she adapts those classic text.

“I have completely reworked it, but if people know the original they will see there are great similarities as the acts and scene structure is the same. There’s the famous balcony sequence, which people often remember, where Cyrano is in the darkness below pretending to Christian and that’s all there. It is what you except to see but I’ve interrogated every line of it making a lot of cuts. The original is written for a cast of 40 or more and l’ve got 13 that’s cleaned up by literally cutting characters.“

One the things that just a bit creepy about the Steve Martin and Gerard Depardieu versions is that they significantly older than the Roxanne which is why McAndrew and director Conrad Nelson have been very careful in casting the three lead roles.

“Conrad and I have been keen in casting this that Cyrano is a contemporary of Roxane, and are about the same age, as opposed to kind of a dodgy uncle which is what you get quite often.

“When a senior member of theatre gets his turn to play Cyrano it’s like when they take their turn to play Hamlet at 40, and the actress playing Ophelia has just left drama school ,and bought her first bra. It’s 2017 – it is not politically or artistically acceptable.

“We have three young actors so the balance is right and it’s much more touching when Cyrano is a younger man with that energy.”

Cyrano opens at the New Vic Theatre, Newcastle-Under-Lyne on Friday 3 February and then West Yorkshire Playhouse in Leeds from Thursday 28 February before touring nationally. For more details of tour dates and how to book go to www.northernbroadsides.co.uk

All words by Paul Clarke. Read more from Paul in his Louder Than War author archive.