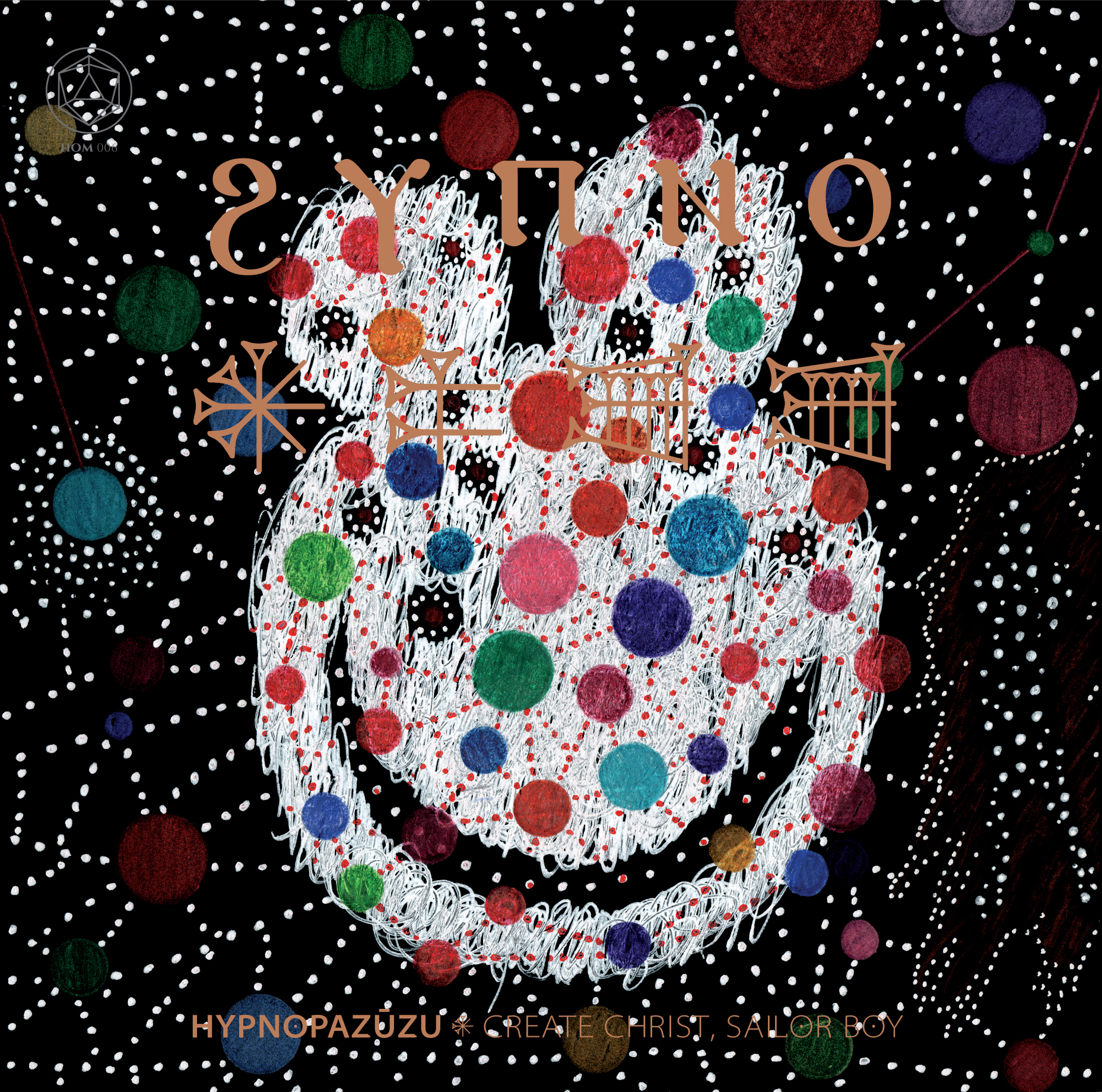 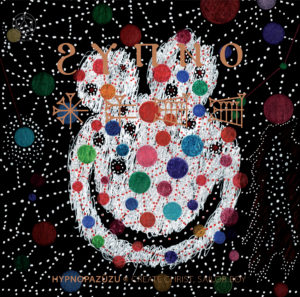 You would think that with a full quarter of the year yet still to unfold, foolish would be the person to announce that an album released in August would not only be one of the year’s keynote musical releases; but would also be one of the keynote releases within the wider world of culture itself.
‘Create Christ, Sailor Boy’, conceptualised and birthed by Martin ‘Youth’ Glover and David Tibet, is exactly that.
It’s an immersive and original mix of musical styles and textures, and is artfully adorned with astonishing vocal filigree that will leave you with the feeling that something nuanced and new has entered your personal realm of music; yet paradoxically it also feels as ancient and as beguilingly familiar as our magical tales and fables.
Here singer and lyricist David Tibet elaborates on the album’s manifold themes, and outlines his artistic vision for this work; from its inception to its completion.

The album can be purchased from: www.houseofmythology.com

For further information about the work of David Tibet. please refer to:

I was first made aware of ‘Create Christ, Sailor Boy’ when I recently had the rare pleasure and privilege of interviewing Youth, and I asked him if there were any recent projects that he had been particularly impressed with, and his reply was:
’I’m really loving the new David Tibet collaboration on House of Mythology Records’’

That is very sweet of Youth; and I loved working with him, of course! He is a Sun and a Star.

Have you any previous recording history with Youth, and how did this ‘new’ project evolve?

I met Youth back in the early 80s when I was living in London. Youth in fact played bass on the very first Current 93 album: ’Nature Unveiled’. We gradually lost contact with each other after that, although I was certainly aware of what he was doing—and so too, I am told, he was aware of some of my projects.
Then a mutual friend, Killing Joke’s manager David Bianchi, suggested we get in touch with each other. And we did. And Youth said “let’s do an album together”. And we did. And that was it.

In terms of your approach or ‘method’, did you adopt a different approach to the one you might normally use when writing for Current 93?

Yes, and no. With our album, I concentrated on the words, and let Youth do all the music and mixing. Although, of course, Youth sent everything to me for approval, I was very happy indeed to give control of the sounds and production to Youth.
With C93, although I often work with many people, I have the final say on everything, although naturally I listen to what the C93 family, and other close friends, say.

So for ‘HYPNOPAZŪZU’ : it’s a true spilt and trip.

You have a unique voice and an incredible range, as evidenced on ‘Christmas With the Channellers’ for example, whereby you switch from acquiescence to accusatory in a single syllable!

Thank- you. I never thought of my voice like that, and I am not sure if what you say is true, though it’s very sweet. I think it’s because I have to speak like that to my kittens, Voirrey and Fairy, to cajole them into coming in. So it’s all down to them!

So you sing ‘instinctively’ without any improvising or pre-planning? That’s amazing!

Instinctively; I never practice, and for the vast majority of all my vocals, from 1984 onwards, I have chosen the first take to use on the album

An obvious but necessary question: from where (or whence) does the fabulously imagistic and evocative title ‘Create Christ, Sailor Boy’ originate?

It is the opening line of the album, and Youth wanted to use it as the title. It just came in the text that I channelled. It doesn’t relate to any concept, though if I analyse it in reverse I might be able to understand what it means and why it opens the piece that was given to me.

Did Youth have finished music that you reacted to, or were there occasions whereby he reacted musically to a lyric or a concept that you had come up with as the ‘journey’ evolved?

Youth had already started writing the music after we discussed doing the project together.
I think perhaps after I had recorded the vocals he made some atmospheric changes to the songs, but the music wasn’t written to the lyrics, nor the lyrics to the music. I nearly always just write the album in one intense period. I wait for the words to descend, and I write down what comes into me.

The legendary ‘Gilgamesh Epic’ is referenced and then incorporated into: ‘The Auras Are Escaping Into the Forest’, and unlike the other pieces, there are no printed lyrics as such, but what appear to be magical symbols or ‘sigils’. Could you elaborate on this process?

The symbols you refer to are cuneiform. Cuneiform is the writing system that was used to write The Epic of Gilgamesh (one of my favourite books) in its Akkadian form, and also in its earlier Sumerian form.
Cuneiform as used in the piece I sing is a mixture, generally speaking, of syllabic and logographic script, and also sometimes it uses Sumerian words. The text comes from a “manuscript”,a clay tablet called ‘OB Ischali’, and is specifically in the Old Babylonian form of the Akkadian language.

The cuneiform signs for the song are written in a manner which would allow an Assyriologist to know which specific cuneiform signs have been used.
The “accent” signs below show the specific form of the sign, as there were many signs with the same phonological value in the cuneiform script. Many different signs could be used to write, for example, the sound “sa”.
So the acute accents in the line below shows that the QU and QI signs are the second “version” of the sign, and not the first, which would have no accent, nor the third which would have a different accent; so these have a subscript numeral to identify them:

This would be normalised into “pronounceable” form, with the diacritics showing the vowel length, as:

which means: “The auras are escaping into the forest”.

Both pieces of the (interchangeable) artwork are incredible and in my opinion work as standalone pieces of art. What or whom inspired your version of the cover artwork : ‘In The Night I Have Heard the Chariots Breathing II’ ?

As with the words I write, the image just comes into my head and heart and I draw it. The “Chariots” in the title is a reference to an idea in the Rabbinic Hekhalot and Merkavah literature.

Could you also explain the meaning of the gold coloured lettering that’s incorporated into both of the cover artworks?
The first line is in the Coptic alphabet which is taken primarily from the Greek alphabet, with a small number derived from Egyptian hieroglyphs.
Coptic was the last stage of the classical Egyptian language, but the word here is actually a form of a Greek word and lot of the Coptic word stock came from Greek; so the word is HYPNO, from the Greek HYPNOS: “sleep”.
The second line uses one Sumerian logogram followed by 3 Akkadian syllabic signs, and reads DINGIR.PA.ZU.ZU. DINGIR; which is the Sumerian word for “god”. If it was written in front of a god’s, or goddess’, name, it was not pronounced, and just signified that what followed was the name of a deity; and the final three syllables spell ‘Pazūzu’.
So together, in Græco-Coptic and Old Babylonian cuneiform, they read:

You can tell, by the length of my replies, how much I love Coptic and Akkadian!

Some of the songs are so emotional, dramatic athat I imagined them being performed in turn-of-the-century Paris’ ’Le Théâtre du Grand-Guignol!.
Was this a deliberate move to bring a specific kind of drama to the work that’s usually associated with classical or even operatic forms?

I just sang them as I felt them. I never think of settings or venues.
When I began C93, I never thought anyone would have an interest in what I did with her, beyond my close friends, and I still work in the same insular and obsessive way, for the most part and I have met many wonderful people through my work with whom I am honoured and delighted to work.

Have you any plans to perform this work ‘live’? I would think that if you do that this would present its own unique set of challenges?

Finally: If you don’t mind playing the role of a ‘seer’ for a moment, what does the remainder of 2016 and then into 2017 hold for you in terms of your work and projects?

Thank you for your time and for the illuminating information on what is in my opinion, an important piece of work.

Love and thank you,