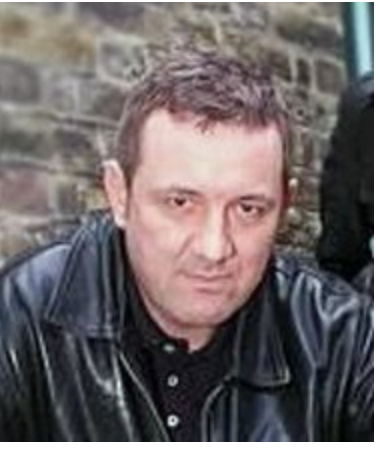 Sons of Pioneers: David Ball
Blackpool-born David Ball gained fame (and notoriety) after moving to Leeds to study Art at Leeds Polytechnic.  It was there where he teamed up with Steve Griffiths and Marc Almond to form Soft Cell.  After rising to mega-stardom with the hit cover of Gloria Jones’ track, Tainted Love, Soft Cell went on to record three well-received studio albums (and a re-mix album) before calling it a day.  Dave went on to start The Grid and has worked with such luminaries as Gavin Friday and Anni Hogan.   Dave took time out of preparation for up-coming events to do this interview.
Sons of Pioneers: David Ball
SOP: There’s a huge revival in 70’s & 80’s music, in particular, Rewind Festivals and online radio shows like Songs of Preys, do you think the music has stood the test of time, or do you feel it’s dated?
DB: I think the early 80’s & late 80’s stand the test of time.
At the beginning, there was The Human League, Depeche Mode, OMD & Soft Cell and at the end we had Acid House & Techno.
The middle period was a bit Go West.
SOP: Following on from that, do you think the music of ‘now’ will stand that same 30-year test of time?
DB: I think there are always acts that stand the test of time in any decade.
SOP: If you knew then what you know now, would you still want to pursue a career in music?
DB: If I knew then what I know now I would be very excited because the DIY punk ethic now exists in the digital domain as far as production, broadcast, distribution & publicity so it is possible to succeed with going through a record company.
SOP: What would be the ONE bit of advice you would give a new musician?
DB: My advice would be – trust no-one but yourself in the music business.
SOP: Do you have any new projects in the pipe-line?
DB: Yes, lots of Soft Cell stuff including some brand-new stuff, a co-written, co-produced album with Anni Hogan & another one with Gavin Friday. A Grid & Robert Fripp album and a Grid / Moog album plus another solo album. I’ve also just finished writing my autobiog.
SOP: What music, if any, do you listen to when you are relaxing?
DB: I’ve been listening to a lot of stuff by Ulrich Schnauss, who’s now a member of Tangerine Dream also I’ve rediscovered a lot of old minimalist music by the likes of Terry Riley, Steve Reich & Philip Glass.
SOP: What you your ideal four-band mini festival line-up be of artists alive today?
DB: The four people I just mentioned would be a great mini-festival line up.
SOP: Is there any musician alive today that you would love to collaborate with, or cover one of their songs?
DB: I’d still love to collaborate with Giorgio Moroder & get Morrissey to do an electronic disco version of Panic (Hang The Deejay).
SOP: Quick question: What was the last book you read?
DB: The last book I read was “Out Of The Ordinary -Tales Of Everyday Craziness” by Jon Ronson. It’s got a really good chapter about Jonathan King, well worth a read.