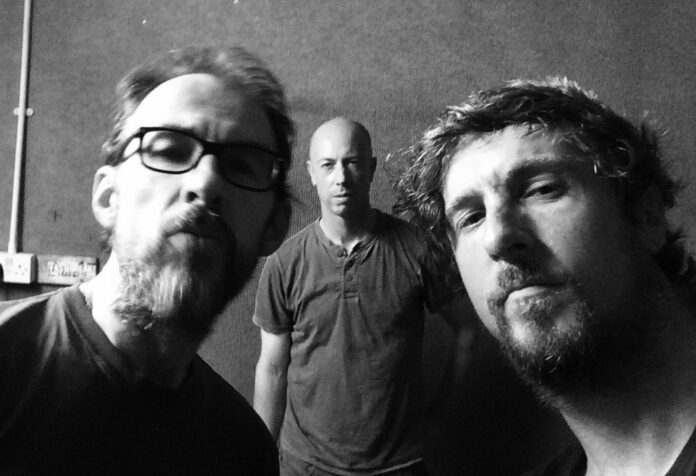 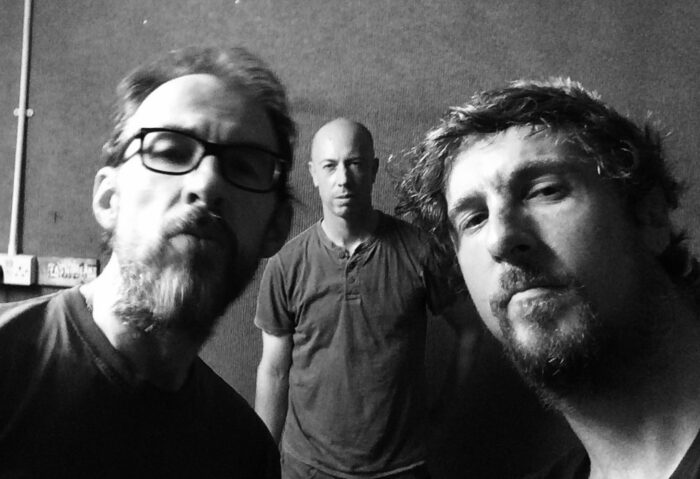 Now five albums and twenty years in to their career, Bromide have proven themselves to be a band all about quality over quantity. Now approaching the release of I Remember, the title-track from their latest album, Dave Beech chats to frontman Simon Berridge.

Louder Than War: Hi Simon, thanks for taking the time to answer our questions. Could you tell us a little about Bromide please?

Simon Berridge: Bromide has been the name I’ve used for the last 20 years or so..! Gulp.. I got the name via a word scrambling thing that turned ‘Simon Berridge’ into ‘Singer Bromide’. It sounded right. The core of the band has been me and drummer Ed Lush who I found through an ad in Melody Maker (NME?) in 1997. Immediately he just did exactly what I’d hoped a drummer would. No guidance needed. Likewise our original bass player John Morrison – great feel, got it instantly. Unfortunately we lost him to Hefner when they got their deal with Too Pure, which derailed us for a short while…well about 15 years!! Luckily we then found new bass player Hugo who is even better !

It’s seasonal I suppose. I’ve always liked the way someone like Neil Young can do his acoustic after the Goldrush thing and then get Crazy Horse out the stables for a bit. Yin and yang. I have to say I’m happier with a band though and this line up we’ve got now is for me the most fun it’s ever been. When I played solo I often used to try and make up for my solace with annoying banter, it’s a miracle I haven’t been shot.

You’re about to release your latest single I Remember, which is interested in the “thoughts, experiences and emotions” that we accumulate over our lifetime. It sounds like an ambitious concept for a single release. Could you elaborate a little on the track’s narrative?

As I’ve got older more of my songs seem to be about looking back. I think I’ve been facing the wrong way for about 15 years actually. This particular song became a Google maps back to several key locations – all of which were tied in with a moment that a particular sound embedded itself in my head. The song is also the thing that cemented us getting back together as a band. The first time we played it something flicked to ‘on’.

The video to the single was made by Phil Hayes and was created from a collage of found footage. How does that tie in with the single’s theme(s)?

It was a happy accident – Phil just happened to have collected all this old cine footage from various second hand stores. when I asked him to do something for the song he told me about this stuff and it sounded like it might fit. When I actually saw it, it was quite spooky as the footage dates from almost exactly the right era – some people who’ve seen it have thought it was my old home footage! And stylistically the cine stuff looks a bit like glimpsed squinty eyed memories..

The single’s taken from your forthcoming album, what can we expect from that? Any similar narrative threads tying it together?

Past-coming album! It came out in January – though you’d be forgiven for missing the fanfare! Actually this ties in perfectly – we’re looking back to our forthcoming album full of songs about remembering.. ahem.. in terms of narrative there are a few other reminiscing type songs on there – ‘Hotwired to my memory being one, ‘Lion Tamer’s Jacket’ another though I don’t think it’s a ‘wistful’ sounding record. Hopefully it’s quite an up, in your face pop / rock straddling gymnastic half hour. Our favourite quote was from promoter Vis the spoon – ‘If Husker Du were Neil Young’s backing band’. that’ll do.

Despite forming the band in the mid 1990s, it will only be your fifth album. Why do you think that is? Does it take a long time to write and record the material, or are you constantly busying yourself with other projects, musical or otherwise?

Hmm.. me and Mrs Bromide did decide to move to a total wreck of a house in 2009 that we’re still doing up so yes, there are plenty of things in the way of doing music. I suppose if someone had paid us to do more we would’ve done for sure. I think the volume of stuff is actually pretty much equal to the output though in terms of what I’ve written. I know I’ve got boxes of unused lyrics but whether I’d have been able to write any more music to go with them I don’t know. Thankfully drummer Ed is also a songwriter so on this album I’ve been able to put my words to several of his tunes.

You also run your own label Scratchy Records. Aside from being able to put out Bromide releases under the print, have you found this has helped you navigate the industry more easily than it would have done as just a musician?

I feel like I’m still navigating around the industry. Still looking for that hidden cove to sail down and start burrowing into the hard molten core! Having a label has been great in many ways although I don’t think I’ve been able to really do justice (in terms of promotion) to anything I’ve released. Yet. That day will come. Things like independent label market are giving a real opportunity for small labels like Scratchy. Gives you hope !

What do you look for in a band when signing a new act, is there a ‘Scratchy Sound’ as such?

The scratchy sound can be described as ‘Can you afford to pay for manufacturing and press yourself ?’ Sorry. I’ve been very fortunate in that a lot of the people I know have had amazing music they need me to release. It’s all loosely guitar based but that can mean just about anything… I have to like it – that’s always a bonus! There’s no way I could lassoo some poor unsuspecting punter at ILM at Spitalfields and get them to listen to something that I didn’t think was great myself.

Finally, with the single out on August 14th, what can we expect from the band going in to the latter part of the year and beyond?

More gigs hopefully. Be nice to do more outside London. Trying to hold on to my hearing. Writing more songs for the next album…DIY..!