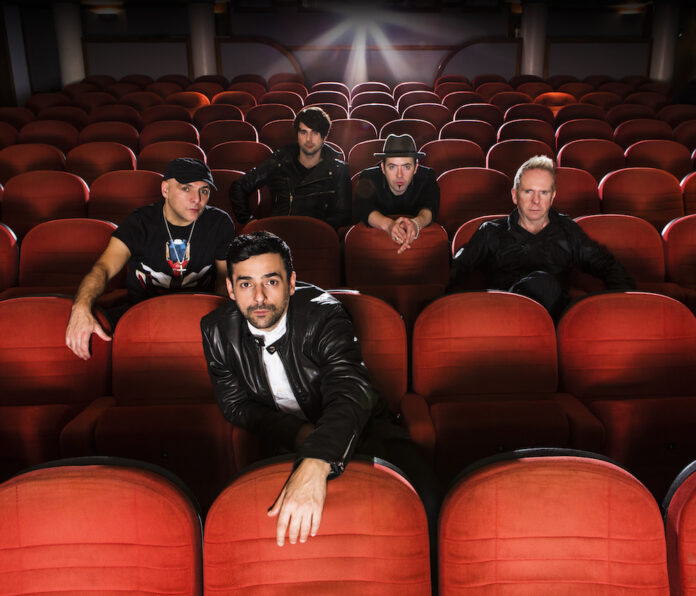 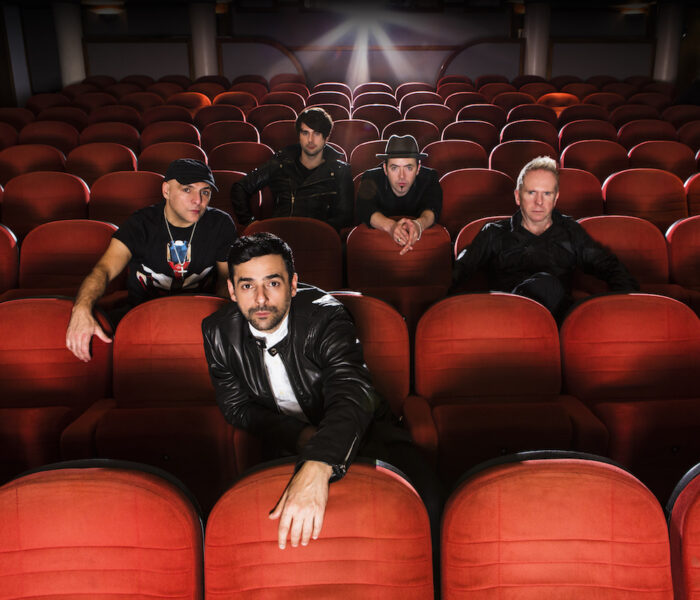 Glasgow hard rock band Gun formed all the way back in 1987 and stayed together for a decade. In that time they toured with fellow Scots Simple Minds and sold out their own headline shows. Ten years later they split, only to reform in 2008. Two years after reforming they lost their new vocalist at which point founding member of the band, Dante Gizzi, moved from bass to vox, where he’s been to this day.

The band released their latest single ‘Labour Of Life’ – a fast-paced anthem showcasing the band’s stunning pop sensibilities – on Monday alongside the new album. So a great time, then, for us to run this recent interview Harry Mulligan did with Dante Gizzi.

But before we hand over to Harry though, here’s said new single:

Harry Mulligan: Do you have any music connections with the Italian Scots in Glasgow?

Dante Gizzi: Our uncle, who’s blind, actually, and who’s lived with our family for a long time, used to play the accordion, and I think it might have stemmed from listening to him on the accordion, that we got the influence of him, because he was very musical. Other than that, probably not, not within our family any way. He’s still with us to this day and he’s still playing. Though he’s a bit deaf nowadays.

I noticed that Mark Rankin was a first cousin with Sharlene Spiterri from Texas, so is there something about Italians in Glasgow that draws them into music?

I mean growing up as well, the Glasgow scene as much, listening to the history, our parents were really into their music; my dad was a huge fan of all the Neopolitan and Sicillian songs. All the folk songs and he would be blasting that at three in the morning, and you could hear that in the bedroom. But aye Harry, that would probably be the only connection. Obviously with Jules being in the band, my older brother, I would take it from him – my sister would be putting on Abba records, and ‘kin Top of The Pops, the Pan’s People stuff, all in vinyl. Jules would have all the AC DC Black Sabbath stuff, obviously I’d be really young. When they were out of the house, I would play the records and have a listen to it and get right into the music. That obviously stems from school Harry.

This most recent album has your trademark guitar sound on it, have you self-produced this latest album?

Yes, we co-produced it with a guy called Simon Blouer who is Trevor Horn’s right hand man. We spent a lot of time down in London down at SARM Studio.

Does that go back to some of the connections one of you has to the solo stuff done by Bruce Dickinson. I know that Iron Maiden have favoured SARM over the years for tracking?

Let it Shine from the new album has a distinct Gospel flair, is that tacit, can you guys describe yourself as being quite spiritual?

Harry see listening, when we were recording the album, we were trying to get inspiration deciding what to go for, we wanted to make it a T Rex sort of vibe, make it sort of chanty. I was listening to a lot of Chain Gang prison songs from the nineteen twenties and I got right into that. That’s probably where the Gospel thing came from. I loved combining it, the rockier edge with that sort of Gospel chanting. To try out and experiment with. A lot of it came from this sort of Mahalia Jackson, The Parchment Prison, where they recorded. It’s quite haunting, and some are quite uplifting as well.

I noticed you’ve done some stuff at Gorbals Sound in Glasgow, was that with Paul Quinn (Teenage Fanclub.)

Yes that was with Paul. It’s a great studio. We’ve used it a few times. Most of the album we recorded in SARM, and ICP in Brussels, which are residential studios. It’s quite nice to alternate between residential studios and ones where you can go home. The problem there is that you get a little more distracted when you’re at home. It was great fun in there, and Paul’s got a great setup.

Do you mind telling me what tracks you did in each of those three studios?

Now you’re asking! SARM was One Wrong Turn, and I think we did another three or four bonus tracks that you probably haven’t heard. In ICP I was Never Knew What I Had, Big City. In Gorbals we did Let it Shine.

Yeah the sound on it is great, it’s very radio friendly.

We’re kind of a band that likes to do more challenging sounding I think that’s always been a GUN trait. Every album is a bit different. We like to try and keep it contemporary sounding. I think what we listen to, we listen to what’s coming out now on the Rock and Pop Charts. A good song is a good song at the end of the day Harry, for us. I’m just going to go through these: Frantic, Seraphina, Hold your Up, and Beautiful Smile and Labour of Life were all recorded at Gorbals Sound, as well as Our Time.

A technical question: Analogue or MIDI or both?

Both! There’s something to be said for analogue. It’s warmer. It’s definitely got a warmer sound to it. I think MIDI is great when you want to do arrangements. I’m actually in the studio right now and I’m messing about. Obviously you don’t have the drummer around all the time and you just put kits in, and have limitless drums and keyboards. Everything’s there to mess around with and you kind of get caught up in it a wee bit. That’s why I don’t let Jules who I’m forever collaborating on songs with. I try and make sure he doesn’t touch the computer, ever, in anyway whatsoever, not that he could anyway. He’s just a more of an acoustic, working on ideas person, and you need that Harry. You need to have a song that can be played through acoustic guitar, and sung, to make it work from the start. Then you can start messing around with your kind of drum sound, your keyboard parts, your melodies, hooks and stuff like that, on top of it.

You were the first band to win the European MTV Awards, how do you think Frantic will fair?

Do you think Glasgow is still The Citadel of Rock that it always has been?

I find that there is still a massive market here for rock bands. There’s still different sounds, different genres. Next to the studio at the moment there is Twin Atlantic; that’s where their rehearsal is, next door to us. Glasgow bands, you can maybe include Byffy Clyro are from Ayrshire. Scottish bands, I think there is always an underlying Love for rock music. That does go way back, and long may at continue.

Plenty of gigs! And hopefully festivals. Our aim is to get out there, with the new material, let the people hear it and start building up a bigger audience because GUN have still got unfinished business Harry. I still think we’re useful and energetic. We just want people to come and see the gigs. The hunger and the appetite is still there. This could be The Year of The Gun!

Lastly, what do you have to say to GUN fans that I haven’t asked you about?

Come and see us live! We’ve got the shows coming up in March in the UK. Finishing off in the Barrowlands on the 28th of March.

Dante, thanks for taking the time to talk to me.

They also have these gigs and instores lined up…