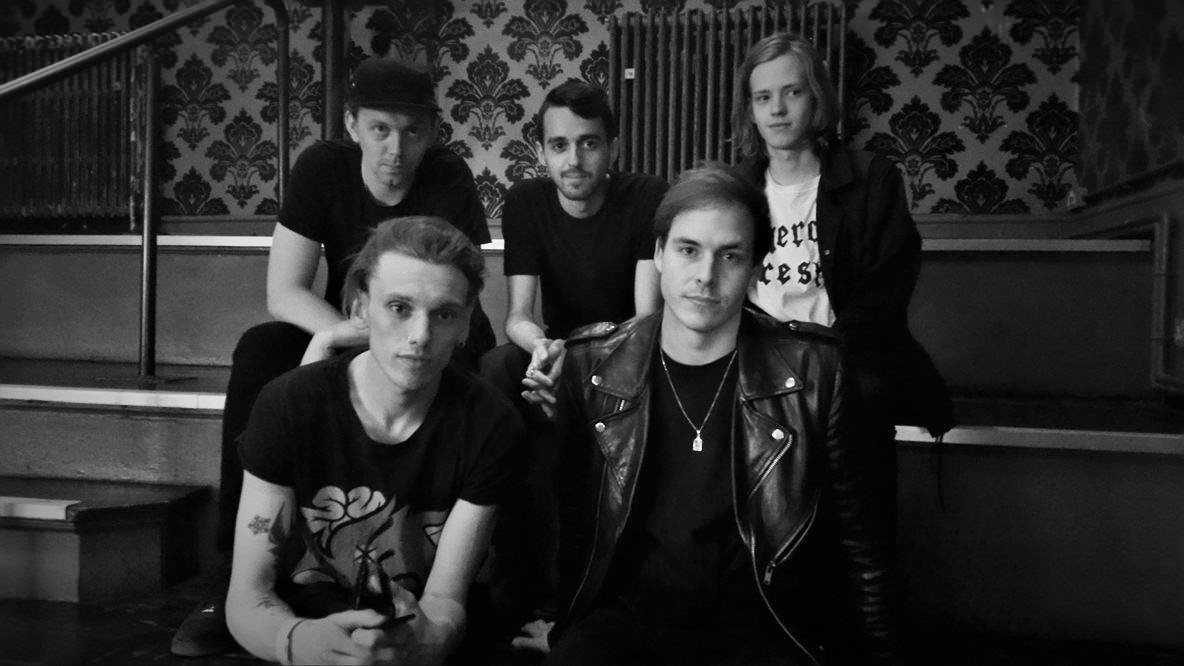 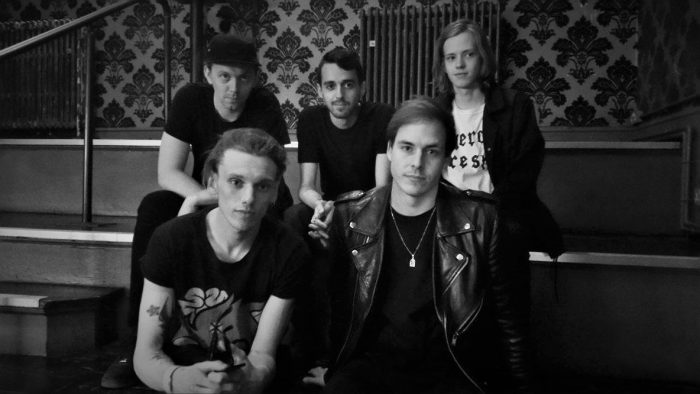 After gigging around the UK, Counterfeit have now taken off on their second European tour and will be out on the road until mid-July. Abigail Gillibrand got a chance to catch up with the boys and found out their ideal date, pet peeves and band motto in a game of 21 questions.

Since my previous interview with Counterfeit a lot has happened in their world. From releasing a new video, to recording more songs for their album and now jetting off to Europe, there has been no let down for the band. But the hard work is paying off, their fan base is thriving and you can tell that even though they might be tired, they are loving every minute.

Front man Jamie Campbell Bower, spoke about their new material, “We have seven new songs to write now so we can get the best pick from our work, and make sure it’s the Crème de la Crème.

“It would be very easy for us to sit back now and be like, ‘Okay we have 12 tracks in the bag, let’s just stick it out there,’ but that’s not representative of what we’re about and it needs to be banger after banger after banger.

“I hope we’ll get it out for the end of the years and it should be great! It’s going to be really really cool.”

He explained that there was an angry vibe to the record and even though he is writing songs at different time, this anger still comes across in much of his material.

“These new songs are still very much angry. I mean there’s still some tongue and cheek moments in the songs, there’s a song about how I felt a bit stuck recently and that I wasn’t really going anywhere. They’re sort of angry and troubled.”

This aggression can be seen in the video that Counterfeit recently released for their hit, Enough. Jamie had a huge input when it came to making this video and put a lot of it together himself.

“The video took on many shapes and forms. It was first a concept video for me and my mind because of the message the song was putting out there, the message of unification, we were going to have more of a feature video. Then we met with some great directors, and with the time and budget, we had some really great footage of our lives shows and so we thought we could make a good video out of that.

“We kept it on the same line as Come Get Some aesthetically, in some ways I feel that’s very Counterfeit in the way we’re representing ourselves through how we are. So I whacked the videos together in a day, day and a half.

“I always saw this band in my mind as incredibly frantic and mad I knew that it would just be like cut cut cut. It actually turned out alright.”

After our quick catch up, I played 21 Questions with the boys to find out more about Counterfeit and what goes on behind the scenes!

Louder Than War: What is your funniest band story to date?

Counterfeit: Tristan and I (Jamie) used to play in a band and there was one night I thought we had played the entire set two songs in. I was like “We’ve already played these songs… why are we here?” and the drummer wasn’t happy with that.

Jimmy forgot trousers on the last tour. He had to sit in his jogging bottoms for the most of the day and had to go out shopping.

LTW: What is your most embarrassing moment on stage?

CF: Me (Roland) and Jamie both fell over. We came off stage and there was a really big drop and there was a little step but we both just thought ‘Fuck it’ and we jumped down, but it was covered in water so we both jumped down one after another and we both managed to slip. Then loads of phones came out.

LTW: What is your greatest fan memory?

CF: I (Jamie) was once sent a wheel of cheese and a bondage collar with nipple clamps and a letter asking me to wear it. It’s terrifying! When someone sends you that and writes in a letter telling you how they want to do sexually explicit things… I mean it’s very nice to get the attention but I mean, you wouldn’t send that to a stranger.

Though there are worse presents than a bondage collar…

LTW: Do you have a band motto?

LTW: When was the last time you cried and what was it at?

LTW: Where would your favourite place on Earth be?

LTW: What is your proudest achievement?

CF: Our first ever show! There were 800 kids in a room and we had put this together in 6 months and there’s all of these people there and we’re on stage with all of our mates and people we’ve known for a long time and that was incredibly emotional for us.

LTW: Who is the most impressive contact in your phone books?

CF: My (Jamie) dad. He has helped this band out loads and for Sam and I, he is the best person to go to for advice and he has a great head on him so for me he is the most impressive contact.

LTW: Do you have any guilty pleasures?

LTW: Do you have any regrets?

LTW: Live or dead who would you want to meet?

LTW: If you could raid any high street shop which one would you choose?

CF: Argos – They have everything.

LTW: Do you have any pet peeves?

LTW: Are there any Annoying habits that your other band members have?

CF: Lack of hygiene from everyone!

LTW: How would your friends describe you in three words?

LTW: What is the best movie set you’ve been on?

CF: (Jamie) Twilight was pretty mad cause we were in this barn in the middle of nowhere in Louisiana. But Sweeney was amazing so we’ll go with Sweeney Todd.

LTW: Are you team Edward or team Jacob?

LTW: What is the best gig you’ve ever played?

CF: Glasgow this tour. I think as our performance as a whole band it was the best.

LTW: What would be your ideal date?

LTW: What would your death row meal be?

LTW: What would you want on your tombstone?

CF: A complete lie as to how I actually died… Like “He died saving 4000 people from a burning building.”

All words by Abigail Gillibrand. More writing by Abi can be found at her Author’s Archive. Abi is also on Twitter as @AbiGillibrand and has a website here: www.abigillibrand.wordpress.com