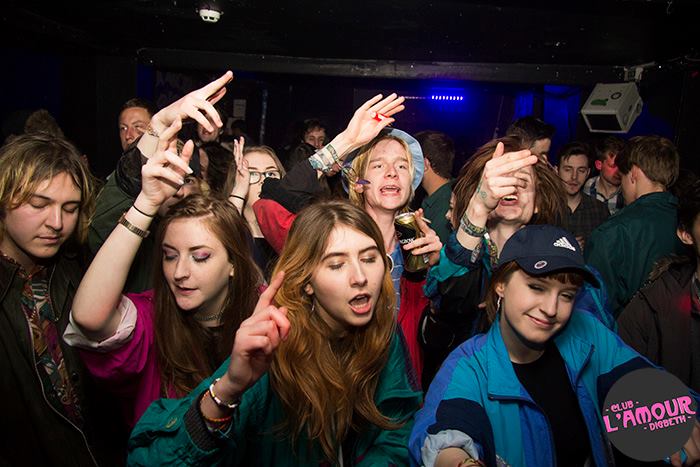 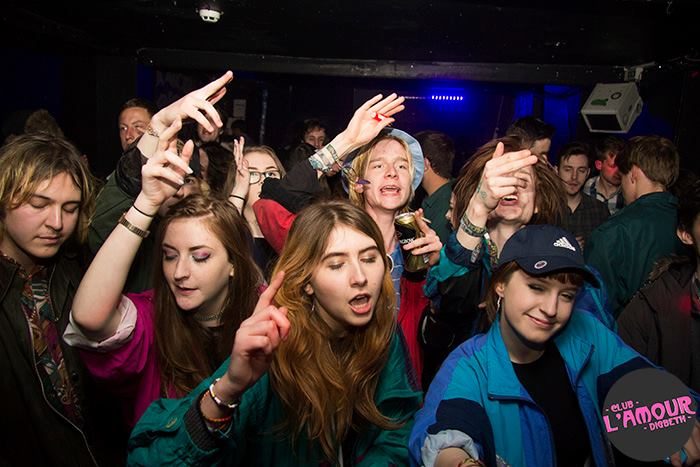 Birmingham has had a tried and tested tryst with music – from Black Sabbath to Ocean Colour Scene to Editors to Peace (and many more intertwined in those eras). But, in 2016, the music scene in England’s second city is still in rude health, and offering a range of sounds. To find them all, you have to hit the nucleus, and a good place to start would be Digbeth-based Club L’Amour, which takes place fortnightly on a Friday.

Some of Birmingham’s best bands have flaunted their fervour at the club (Gleam, Breeze, Afterbloom and HANKKS to name a few), while established acts such as RAT BOY and Pale Waves have recently took to the stage. Located at SUKI10C, Club L’Amour not only has local bands, but also plays a raft of classic indie staples from the decks. DIIV, The Drums, The Dandy Warhols, MBV and many other adored rock bands are given an airing. If one happens to find themselves frequenting Birmingham, Club L’Amour would be an ideal place to check out.

To give more details, Sam Lambeth spoke to two of the club’s organisers, Kez Handley and Ben Clapton.

Club L’amour has become an established club night within Birmingham. How did the idea of creating it come about, and are you pleased with how it has grown so far?

KH: There wasn’t really any indie/alternative club nights to go to in Birmingham, and we wanted something with an intimate feel to it, somewhere you could go, link up with other bands and just chill. It’s become something bigger and better than what we originally imagined. Big shoutout to everyone who’s supported us since our launch party in Summer ’15, it’s been a hell of a ride so far!

In terms of the venue, My band Gleam were booked to support Pity Sex there. We’d never heard of it before, we arrived and kinda fell in love with the place really, it was just the perfect setting for an underground style indie night so we approached them and here we are.

Local bands are booked to play at Club L’amour, as well as DJ sets. Was the idea of giving local bands a platform always part of the plan?

KH: We originally had just DJ sets when we first started. We then  booked Breeze and Hankks to play here for a try out to see if it’d work. Then we extended the hours til 5am and extended the party, so bands are literally intergrated into the club night.
Club L’amour showcases local and national touring bands on a fortnightly basis, which is sick but it also gives a chance for bands/people to link up with each other, get f*cked and cut through the animosity. We just wanted to build on the already great scene that Birmingham has to offer.

BC: We have a good regular crowd that come here anyway, so a band can always be assured that if they play, they’ll get a good audience.

Is it nice to think that Club L’amour has created such a communal atmosphere? Not just for bands, but also for people who have a genuine love of this kind of music?

KH: Definitely. It’s nice to hear of friendship groups that have grown through coming here.
BC: Yeah man, totally agree.

Would you say that the Birmingham music scene is in a much better shape now than what it was, say, after the B-Town bands began to migrate?

KH: I think it has always had a really good scene, but it dips and peaks as you’d expect. I think the indie scene had sota died down a little last year, but at the moment there is a resurgence, attendance at gigs is up across Birmingham and I think people are genuinely getting excited again at some of the talent that’s breaking through.

BC: I think it died out for a few years, but that was because there was nowhere for people and bands to go. And this has created a place.
KH: We don’t really earn anything from Club L’amour; we just push it because so many people get involved in it. The people downstairs who come every event, there the reason we carry on. We have good friends at Birmingham Promoters and Sonic Gun, and we genuinely just want to add to that, rather than be in competition with anybody. 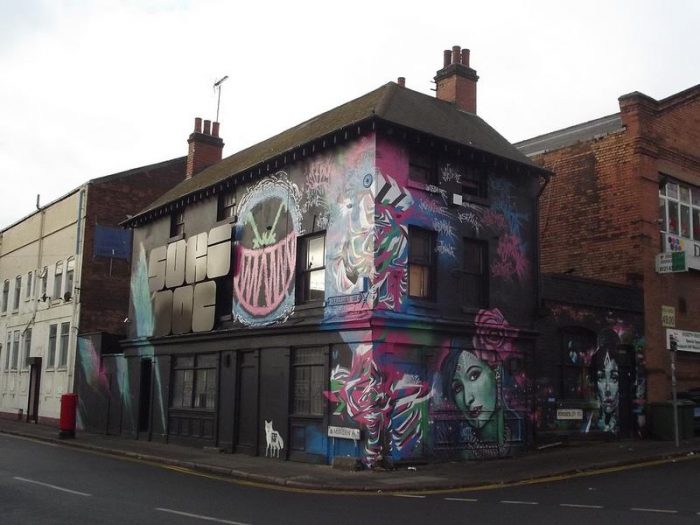 Why do you feel, then, that that L’amour’s ‘regulars’ have become so, as opposed to alternating their Friday locations?

BC: We’re quite intimate in the sense that we’re not hidden away behind a bar or in an office upstairs. This is run by bands who want to party and watch great acts.

KH: We love the fact they’ve we gotten to know the regulars and also chat to new people that come down. I think people know that when they come here, they’re watching a real showcase, where they can witness both touring acts (JUDAS, The Shimmer Band, Ratboy, Pale Waves have all played here) and great local bands and just get f*cked afterwards, which is always a winner!

So if a band would be interested in performing at Club L’amour, how would they go about it?

KH: With the club night growing there is a bit of a backlog which we’re trying to sift through, but if bands would like to be considered the best thing for them to do is come down and check out L’amour and see how they feel about the night, and if it’s their kind of thing. Come and have a chat with us.
If bands want to drop us an email, it’s clublamourbrum@gmail.com, send a few demos and links we will get back in touch with them.

With the club night’s raison d’etre being an intimate escape, how are you looking for it to grow?

BC: Well Pale Waves was a big one for us, having Ratboy down certainly set a benchmark but I think our aim is to give the breakthrough acts a chance to play Birmingham and we’ll showcase local bands alongside them.

KH: Definitely. We can’t say too much but some  of the events planned are very exciting.

You’ve just got a choice of one song to play at L’amour – it doesn’t have to be famous, it can be any song from your collection. Which one do you choose?

BC: ‘Killing in the Name’ or ‘Move Your Feet’ by Junior Senior.

KH: ‘Dancing On My Own’ by Robyn. It’s a crowd favourite, for sure.

Club L’Amour can be found on Facebook and Twitter. The next club night takes place on Friday 1 July, which celebrates the club’s first birthday.