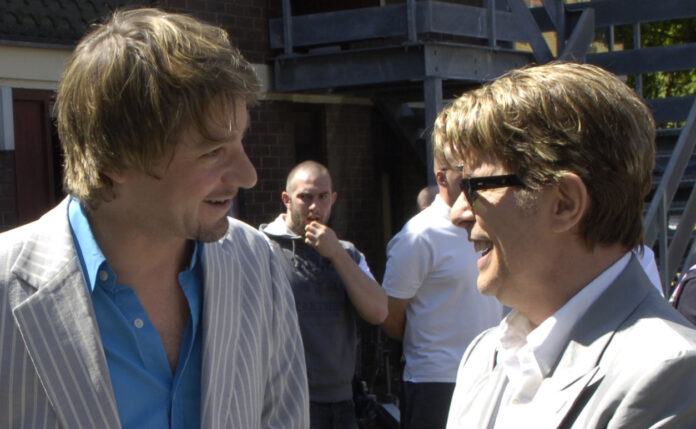 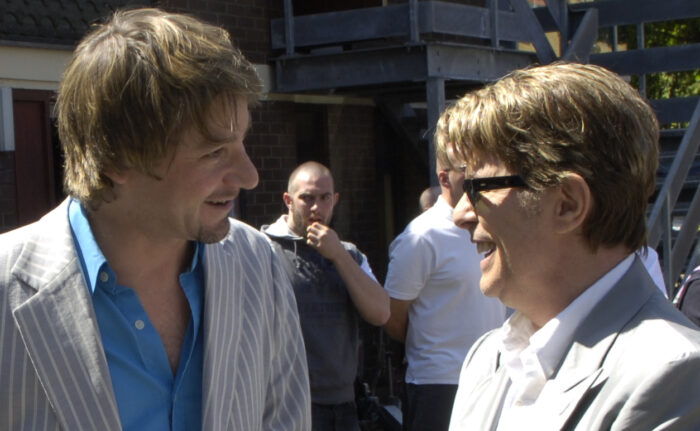 Clifford Slapper has recently written the first ever biography  of David Bowie’s most frequent collaborator, pianist Mike Garson. As well as being a wonderfully written, factually accurate account of the pianist’s life the book also shares unique insights into not only David Bowie but also jazz , rock music, and the piano itself. Polly Trope is a friend of Clifford’s as well as a Louder Than War writer so it made great sense for us to ask her to send Clifford a few questions about the book – which you can find below alongside his answers.

Polly Trope: You’ve written the biography of Mike Garson. Alongside his work with David Bowie, it covers a lot of other areas that he has been involved in, from New York’s underground jazz scene to modern therapeutic music. Can you summarise the different strands of his music career?

Clifford Slapper: Many people are aware of his amazing piano playing on classic Bowie albums like Aladdin Sane, but he has done so much more. He has the ability to create ‘in the moment’. Unravelling the tapestry of Garson’s musical evolution through the past sixty years was one of the challenges for this book.

A classical musician in his teens, he mastered jazz in his twenties, and got his first break when the pianist in a New York jazz club playing for Elvin Jones fell off the stage, drunk. He played as a member of the army band for three years rather than accept the draft and war in Vietnam. In his mid-twenties he joined a rock/folk/blues band called Brethren, and also recorded an album with avant-garde performance artist, Annie Peacock.

He joined Bowie on tour in the autumn of 1972 and went on to play on nineteen of his albums. He has written thousands of classical pieces and produced numerous solo albums himself. He has become a world leader in improvisation. He has also recorded and toured with Nine Inch Nails, Smashing Pumpkins, Polyphonic Spree, Dillinger Escape Plan, Aviv Geffen, St. Vincent and more – all of this is covered in the biography. 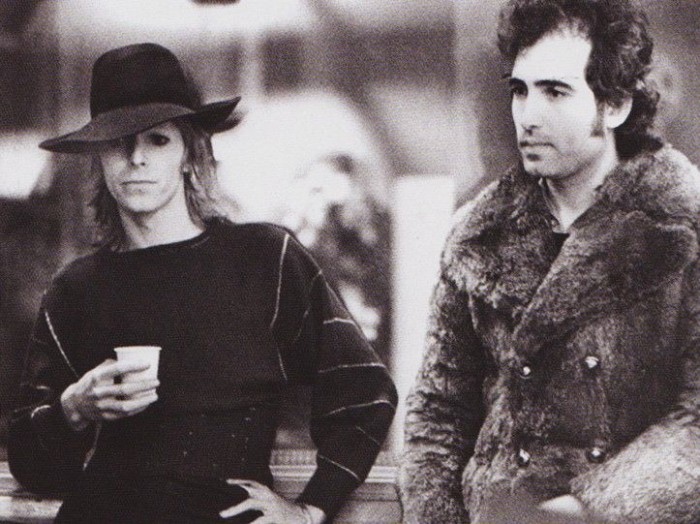 What made Bowie and Garson get along so well?

Sincerity, integrity, spontaneity. Mike Garson and David Bowie have always had a great creative rapport. The combination of extreme discipline, hard work and precision together with a willingness to let go – being carried along by waves of inspiration. Garson has been happy not to hear from Bowie for a number of years at a time, and then to get a call and resume working as if there had been no break.

Garson tells me that he plays piano parts for Bowie in the way he thinks Bowie would play, if he were himself the pianist… At the same time, Bowie has always given Garson enough leeway to let him be himself.

How did this book come about?

I worked with David Bowie for his appearance on the Ricky Gervais television comedy “Extras”, playing the piano for his “Pug Nosed Face” song. We had a second piano off-camera for me to play, and he mimed his playing to mine. Two years later, I met Mike Garson for the first time. He brought up “Extras” without knowing I had played on it.

He had seen it and enjoyed that scene, and jokingly told Bowie “I saw you playing piano on British TV, I guess you won’t be needing me now!” Bowie replied that it was not actually him playing but “some English pianist guy…”
I was able to cap Garson’s story by saying “In fact, I was that guy!”

We bonded over this coincidence. We went on to chat for hours about our common experiences as pianists and working musicians. I found his life fascinating, and his outlook on life inspired me, and I told him so.

I pointed out I had never seen a biography on him, and asked if one had been written. “No, not yet,” he replied, “but I think you would be the perfect person to write it.”

I started work that day.

This was the second time in my life that Garson had been a major influence. When I was eleven, he inspired me to become a pianist through his playing on Bowie’s Aladdin Sane album. Decades later, having done so, I met him through being a musician. Now, by suggesting that I write this book, he has helped to open the door on the next chapter in my life – I want to write more, and I have already started work on my second book. 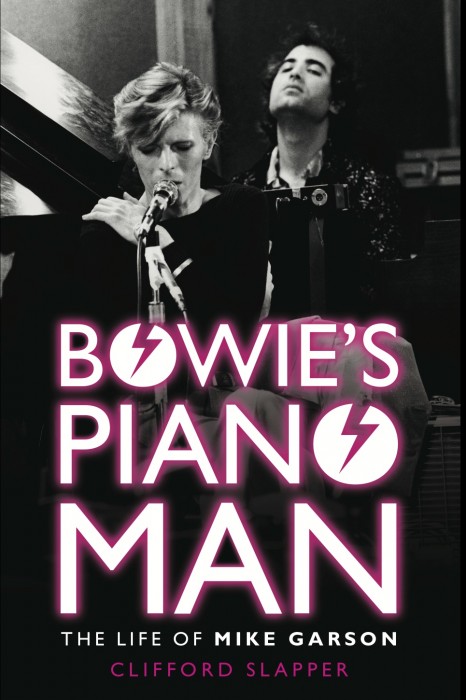 You are a pianist too! What was it about his playing that inspires you, what makes it different?

The things I love about his music: playfulness, honesty, spontaneity; the combination of authentic emotion with an enormous and adaptable technical vocabulary, achieved through a lot of really hard work. He has fantastic technical wizardry, all the performance pyrotechnics and precision, but what makes it really special is the way he uses those tools to express emotion, pure and true.

Mike is highly technically proficient at the piano, and he’s obviously into the musical avant-garde, innovation and self-innovation. Is this a secret of success in the arts?

Combining the discipline of achieving technical mastery with a willingness to experiment and disregard all boundaries and inhibitions has indeed been at the root of his flourishing as a musical artist – and may well lie at the heart of all ground-breaking work throughout the arts, and beyond. Crossing the false boundaries between musical genres like jazz, classical, rock also became a key theme of the book. In addition to this, he is ready constantly to start afresh and reappraise his own work. In our discussions, he would often reflect back on the changes in his approach to his work and life over the years.

You interviewed Mike Garson extensively for this book, as well as many other players from the scene: Trent Reznor, Earl Slick, Reeves Gabrels, Gerry Leonard, Gail Ann Dorsey, Tony Visconti… how did they react to questions about Mike Garson?

They all spoke with great love and affection for him, as a friend and as a supremely professional colleague, as a guide, mentor and educator. It even got to the point where I was worried that the biography would seem too one-sided or sycophantic, so I felt I should go looking for some more critical comments…but in the end, pretty much the only way I could find any harsh criticism of him was from Garson himself! In particular everyone finds him very warm and very funny, and this is reflected in my extensive direct interviews with him, during much of which I was in stitches! Another interesting theme is addiction and how common it is amongst musicians. Garson never drank or took drugs, which was pretty rare amongst rock musicians touring the world in the 1970s. It was an advantage in interviewing him for the book, though, as it means he is about the only musician amongst them who can remember what happened.

All words by Polly Trope, author of ‘Cured Meat’, a memoir about sex, drugs, and mental health. She edits the section for literature at indieberlin.de.