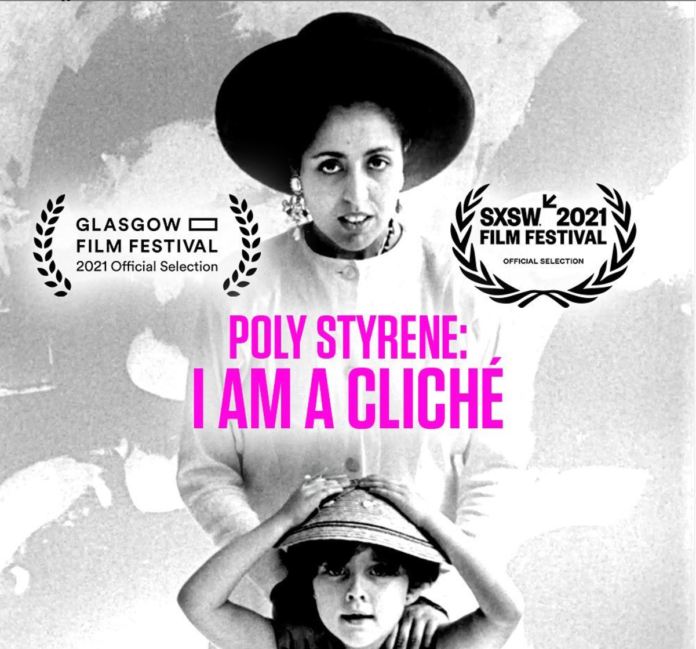 “My mum wasn’t like other mums.” Celeste Bell tells John Robb in this interview about her new film about her iconic mother, Marianne Joan Elliott-Said who found fame as her brilliant Poly Styrene creation. It looks it’s going to be one of the music films of the year.

The film is enthralling, a gripping beautifully shot journey into a fascinating life but also has a real depth as it explores their mother/daughter relationship. With rare archive footage, interviews with musicians like John Robb who knew Poly well and fans like Thurston Moore and Kathleen Hanna and of course a great soundtrack and Poly’s eternal charisma and beautifully eccentric life journey.

The death of the punk icon and X-Ray Spex frontwoman sent Celeste on a journey across the world and through her mother’s archives to reconcile their fraught relationship in this new documentary feature.

It’s a fascinating story of a true icon that deals with growing up on the outside of a very white sixties England, a hippie tearaway who loved music like Trex finding a space in punk with the brilliant Poly Styrene creation, her clothes, music, style and those brilliant genius lyrics that have made her a posthumous 21st-century icon. It deals with the breakdown that ended the band and the eventual salvation in the Hare Krishna movement that Celeste grew up in…and her latter life…it’s not a normal life but Poly was not a normal woman!

Poly Styrene: I Am A Cliché will be released via Modern Films from Friday 5th March. By purchasing a ‘virtual ticket’, viewers will be able to support a participating local independent cinema – the revenue will be shared with the venue. The World Premiere is the week before at the Glasgow Film Festival (details here).