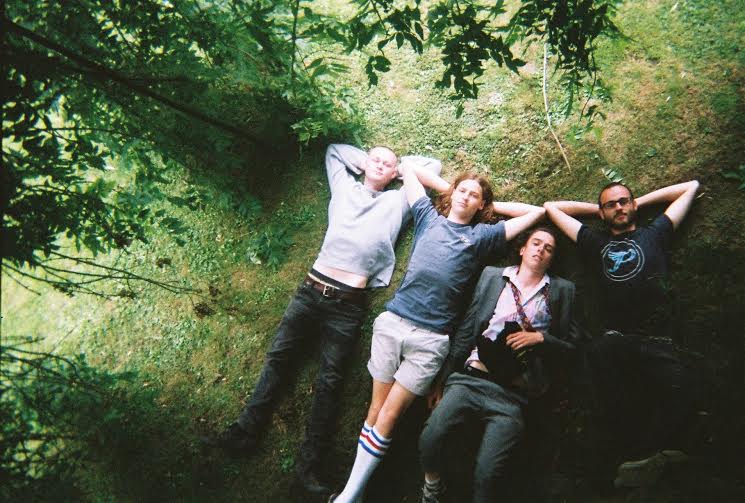 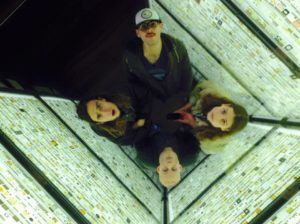 Nick Quantrill caught up with frontman Tom Beer to talk about gigging, recording and the band’s plans for 2016.

“We met up with the vague idea that we wanted to start a Ceilidh band”, Tom says by way of explaining the origins of the band and his connection to Dan (guitar) and Rory (bass).

“We did a bit of that, but I played them a song I’d written, they liked it so we decided to be a proper band instead. I’d heard Louis could drum and had known him since we were about four, he was also spotted wearing a Pixies T-shirt. Needless to say we signed him up.”

With a mutual love of Pavement, Dinosaur Jr and Yuck, the Ceilidh function circuit was soon left behind, the band quickly moving on from amusing school friends at Christmas parties to taking the local music scene by storm, hungrily playing anywhere and everywhere.

“When we started playing together it was a given that we were going to do an album,” Tom says, “and that any song we wrote would go on that album. We also wanted it to be 10 tracks, so when we had 10 that was basically it.”

Maybe such a policy sounds almost too casual, but She Looks Like Kim is vindication of the self-belief which informs everything Bull do.

“We just decided we’ll go to a studio and bash it out,” Tom explains. “We recorded it all live, overdubbing the vocals and some guitars. We did all 10 tracks in two days which was nice.”

Opening track Green, is the kind of pop gem that brings together the band’s obvious love of 1990’s US indie rock and the tight harmonies of UK bands like Teenage Fanclub and The La’s. Pushed to pick band favourites, Tom points to the album closer, Fingers Beard as a highlight, an acoustic track adorned with strings and one which adds weight to his possibly mischievous claim that all the songs are solid hits.

The 10 tracks on She Looks Like Kim clock in at a shade over thirty minutes, the perfect smash and grab assault on the listener’s ears. With distorted guitars and tight arrangements to the fore, there’s a lot going on. From the punk blast of Crellice, through to the mint fresh pop of Paint it JESUS and the grunge of Bitch, it’s a joy of a debut album made without any fear or specific expectations.

With festival slots positioning the band regionally, London has called for the band. It might not be quite as debauched as The Beatles in Hamburg, but in the last few months, the band has spent two separate spells in London playing endless gigs, house parties and open mics. With a liberal number of gigs in Yorkshire added to the mix, such a punishing schedule does come at a cost, with Tom lamenting the smashing up of his guitar at one particularly lively gig and learning that a “month is a long time not to sleep in a bed”.

Already sitting on a cache of unreleased material, the plan for 2016 is to record more. Two newer tracks, Bonzo, Please and Eugene are available as free downloads on the band’s Soundcloud page, and both show the band developing new horizons.

The former track, Tom confesses, was an attempt to write a grungey song, but ends up swinging like an early Merseybeat track. The latter track, showcased in an acoustic format on “Sofar Sounds”, hints at growing range of influences on the band’s sound, with Tom revealing his love for Bob Dylan and The Velvet Underground, and possibly more of a surprise, Green Day.

Eschewing the perceived wisdom that social media is king, She Looks Like Kim continues to gather positive praise, most recently from Japan. With plans to once again hit London, another trip is planned for March along with return visits to Brighton and Oxford before heading to Scotland.

More ambitiously, a tour of Europe by train will follow in the summer, and maybe, just maybe, in line with the band’s policy of doing things face to face and with seemingly endless energy, you wouldn’t bet against Bull making it to Japan or wherever they decide to aim for.

Failing that, as Tom rightly points out, the festival promoters are all in London, “so when we’re down there, we’ll slip ‘em a tenner.”

You can hear Bull on their Soundcloud page and find them on Facebook.

Next chances to see them live:

Interview by Nick Quantrill. This is Nick’s first piece for Louder Than War.