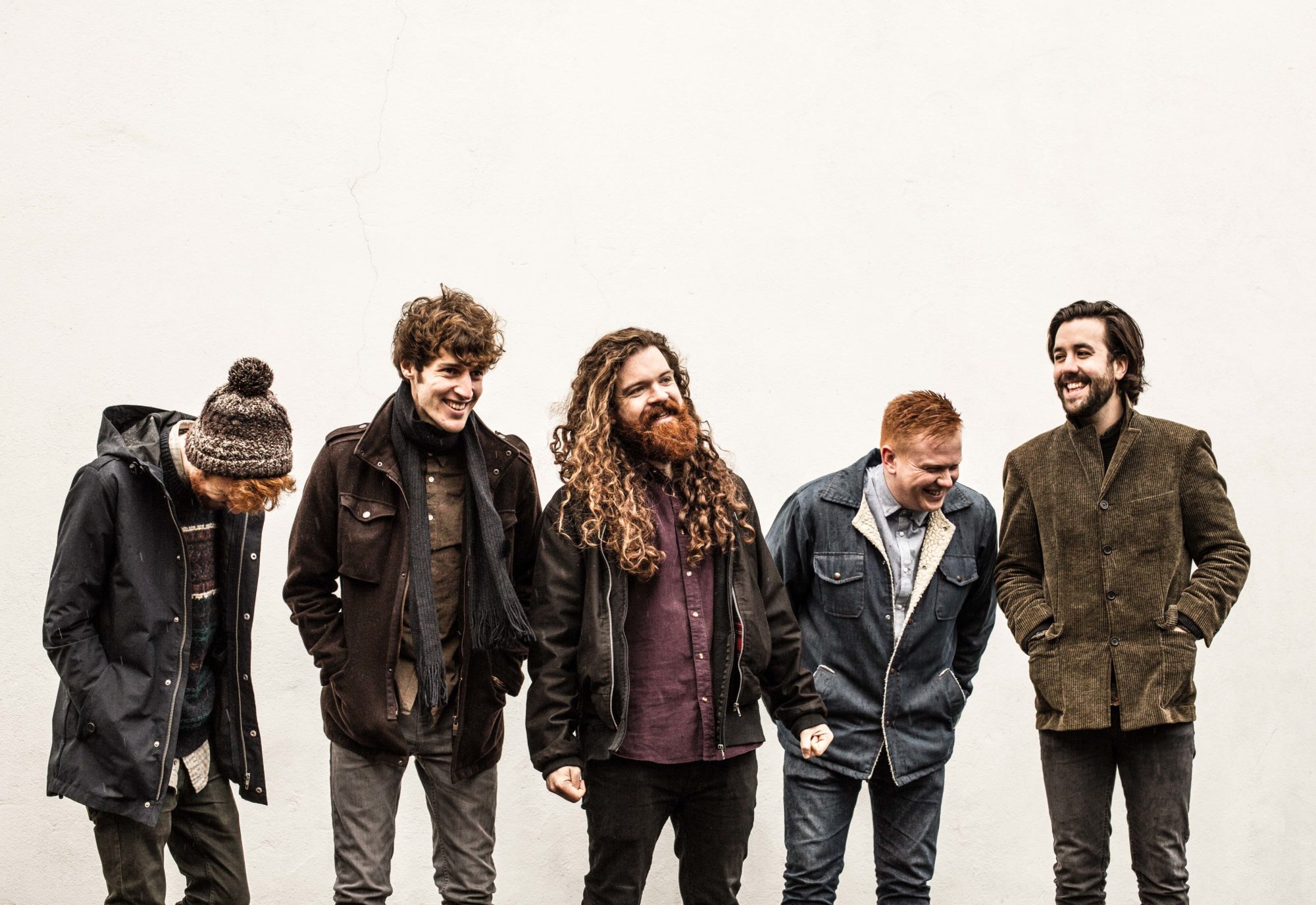 A very powerful and impressive band arose suddenly without warning and has just released their brand new single, Better At Getting Worse. Bokito is currently touring the UK and is set to appear at The Great Escape Festival at in Brighton. Louder Than War’s Eileen Shapiro interviews.

I spoke to front man Moses, who could easily be mistaken for a heavy metal artist, however looks are completely deceiving in his case. The Ireland born vocalist and songwriter has the ability along with the new single to brighten up any dismal day. When asked what Better At Getting Worse is about, Moses explained: “The song is primarily aimed at men and their handling of their emotions and how useless most of them are at it. But we man are talented at one thing, suppressing everything and moulding into a smile”

The rest of the band consists of: Jody on the bass, Joe playing guitar, Tom on the drums, and Sam on keys/percussion. Together they are not only unique in their sound, but inspiring as well.

Louder Than War: Your band is incredible, how long have you been together?

Bokito has been together for two years, but I’ve been working with Jody the bassist when we met in college eight years ago.

For the most part myself.

The rest of the band is from the UK?

Jody isn’t, Jody is from Ireland. The rest of them are all English.

How did you get the name Bokito? I looked it up on google and noticed it was the name of a gorilla who attacked a woman from Holland.

That’s exactly it. So we have a very enthusiastic live show. We move around quite a bit. The way I figured it is the story of Bokito was about a gorilla who essentially when some woman was tormenting him, he got out of his cage, bit her up a little bit, and then instead of being tranquilized or shot, or whatever happens to them, he just strolled back into his enclosure. He kind of let himself back in.

We figured out with our band, for most of our life we don’t really get to be ourselves. We have to work jobs, do the 9-to-5, like everybody else. But for half an hour, we get to be the wild animals we want to be. We thought it was quite fitting to call ourselves Bokito. For a half an hour he got to be a mental animal, and then went back to being his normal, everyday self.

I love that story. How do your fans react to you?

The new fans always seem to be very surprised at us. I very much look like a metal head, and they’re expecting a metal band most time. I start dancing like an African woman, I mean there are three gingers in the band. We really shouldn’t be playing African music. At the moment we surprise people, and that’s the goal. We’re very happy with that.

How do you handle your mistakes on stage?

It tends to be me who makes the most mistakes. The lads are very, very tight. I’m notoriously bad at remembering lyrics. Thankfully I am in a country where nobody can understand what I’m saying anyway, so I just make up lyrics.

Is there a particular song or musical passage that never fails to evoke some emotion in you?

I cannot listen to No Cars Go by Arcade Fire anymore because there have been too many cases where I start crying profusely on a public bus. I can’t bring myself to listen to them anymore. I think Graceland is one of the most beautiful songs. A lot of our band have the same influences, so I’m sure they get them also.

When is the last time you did something new for the first time?

I just moved into a new house without a girlfriend for the first time. It’s my first time doing that in maybe ten years. It’s very new and exciting for me.

What is the one moment that changed the course of your life?

Moving to England. Finally being convinced to move to England by my bassist  Jody, because that changed everything for me. It was a whole new music scene here. In Ireland it’s very very folky, or metal music. When I moved here I was introduced more to the urban music scene, to R&B, to pop, and it just changed me forever. For me it was the most defining moment of my life.

Where are you from in Ireland?

I’m from Kilkenny, it’s in the south east of Ireland. I come from a small little village with 400 people.

That is small. I feel like Irish people are always happy, or at least you always think they are happy.

I think Irish people are very good at covering up. It’s actually what the single is about. Irish men especially are always coming across like they are happy. I can guarantee you that everyone of them have things going on inside of them that they don’t want to talk about.

Don’t make me ask you what yours are.

The thing is I’m very open about it. The Scottish are quite similar to us, but they don’t lie to themselves at the end of a joke. With them if they are telling something it’s very pessimistic from start to finish of the sentence. With us it’s “we’ll be fine”. We’re very good liars.

Where do you see yourself in ten years?

To be perfectly honest with you, we want to be big, very big. My plan is I really want to stay with the band as Bokito for the next ten years. Just stay working.

You have a festival coming up.

Yeah we do, The Great Escape in Brighton is coming up. We’re about to do our first Irish gig coming up soon. I’m really, really excited about it. There’s a lot of dates coming up for gigs, it’s just got to be busy now.

Is there anything else that you would like to promote for yourself?

At the moment our debut single, you can get it on Spotify, Apple, iTunes. Our music is out there for people to  finally listen to, and we’re hoping there will be a video coming out soonish as well. Just check us out, check our pages on Facebook. We’re still a very new band.