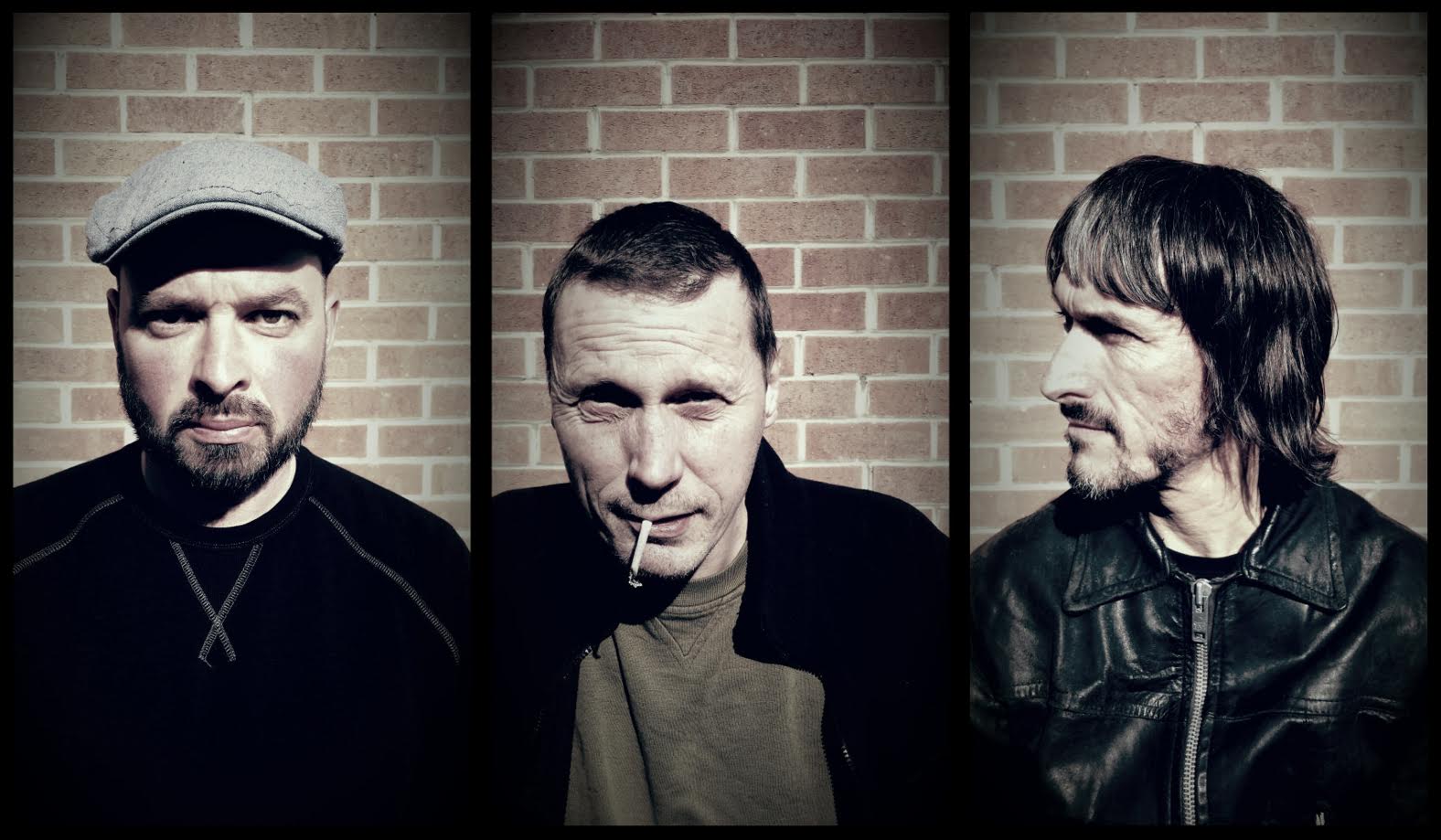 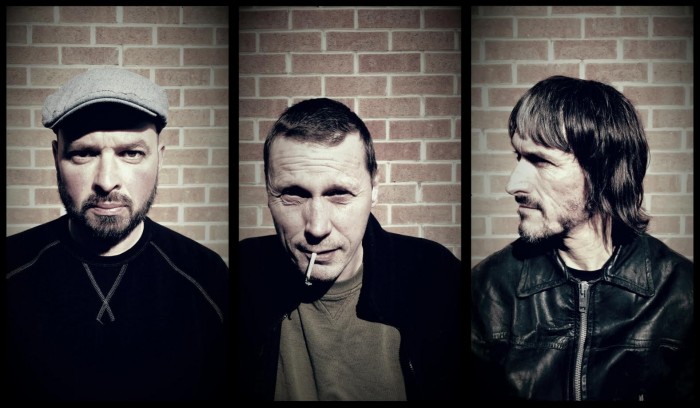 From cult indie status to signing to a major label, Derby band Bivouac were the sound of the ’90’s underground with their take on alt rock and grunge. Now, after a twenty year hiatus, they’re back to play a few dates over summer and – pleasingly – have new material on the way.

It’s been twenty years since Derby three-piece Bivouac hung up their recording contract and called it a day as a band. Formed in 1990 the band managed with their blend of alt-rock to achieve cult status through their two albums on indie label Elemental as well as sign to a major label, with their third album released on Geffen.

Since then they’ve been talked about in revered tones in their adopted hometown and beyond – from the time ‘Tony (drummer Anthony Hodgkinson) danced at on stage at Reading with Nirvana’ to their influence on bands and others in the music scene – Bivouac’s legend grew far beyond their three albums.

And now, the band are back together, have new material recorded and ready to go along with a select list of live dates over summer.

Announcing their hometown show for Derby seemed to take many by surprise – comments on the event ranged from the disbelieving to dumbstruck excitement. The in-house promoter at the venue they’ll play admitted he’d shed a tear in the heartfelt post about what the band meant to him, how they had influenced his own path as a musician and promoter.

The reunion seems to have taken the band by surprise too: “Stewart Lee mentioned us in his Guardian column. I’ll pretend it was favourably although in all honesty it was difficult to tell.”

Frontman, guitarist and vocalist, Paul Yeadon is self-deprecating about the band’s history and where they find themselves now as he describes how the reformation came about following the off-hand mention in the comedian’s column. “I got a call from a friend who was working for the company who does the Gigantic festival in Manchester. His boss, and the brains behind Gigantic, had been playing us in the car. He saw the column and wondered if we would reform. Synchronicity! Bingo!”

The festival will be the first live date the band play together this summer, two decades since they were last on stage together. The first few months of 2016 has seen them holed up in a rehearsal studio working out whether they could be a band again. Paul said, “I initially thought no chance, it was a messy end to Bivouac and there was some baggage.

“But Granville (Marsden, bass) and Ant were super enthusiastic about it so I put the suitcases down and it’s been a blast. Age has definitely mellowed us. The songs came pretty easy, Granville’s had to put the most work in as he had effectively put the bass down. He’s a great player, no-one else like him.”

That baggage came from the split following their third album, Full Size Boy, being released on Geffen. Paul speaks with the plainness of hindsight about the downside of getting what every band wished for, “At our heart we were an indie band. Dealing with Geffen was a big mistake – there are few people with the tenacity or lack of spine to get through that. I did quite fancy being famous though.”

While it might be with dry humour that he references their end, when it comes down to it the band which had captured the ears and imaginations of many were ground down and spat out by the industry. “We lost heart. We were miss managed, robbed and lied to by idiots; we gave up.”

It was a sad end for a band which had not only influenced others on their local scene, been lauded by the music press in their early indie days, but played alongside those now thought of as giants of the genres prevalent at that time.

Their story starts in a way not uncommon to many a band, but takes them on a half-decade whirlwind tour around the edges of fame, “I’m originally from Leeds, as is Granville, and we met studying a photography degree in Derby. I had been secretly writing songs for a couple of years. We bashed some of them about and decided to form a band.

“We put an advert in the local music shop (it said something along the lines of ‘must like Husker Du, no clogs’) and Ant showed up. The rest is blah, blah, blah.

“We were lucky to exist in a magic time for making music, there was opportunities everywhere. We did our first demos at a funded studio called Bandwagon in Mansfield. We were all on the dole or students and that made it possible. Wouldn’t happen now. Fuck the Tories.”

Recognising they were indebted to the circumstances of their time Paul is also open about the chain of friend-of-a-friend hook ups which led to them being signed to indie label Elemental at their first gig.

“Antony was friends with Pitchshifter, so we became buddies. Their then manager liked our demo and played it to a friend Nick Evans who was starting a label called Elemental. He came to see us at our first gig and offered us a deal, we didn’t know what a deal was!

“Later, after a bit of success we signed to Geffen. I rued that decision for years, it was a big mistake. Music met business, creativity met the crapper.”

The idea of their success being their downfall is one Paul returns to throughout their story but it is with passion he speaks about the music that influenced them and wistfully about the adventures on the sidelines of music history they had as a band too.

“I grew up listening to my parents’ 45s, Beatles mostly. The first gig I saw was Wham (make of that what you will). When we formed I was really into English indie – The Wedding Present, Brilliant Corners, the Bodines but was just beginning to get  into a lot of US melodic punk and new wave Husker Du, REM.

“Ant joined the band and a good friend of his was a live agent and had the Sub Pop roster on his books. I can clearly remember sitting in Ant’s room listening to Bullhead by The Melvins and thinking ‘this is it’. It blew my mind.

“I remember we played Reading one year with the tent overflowing, people jumping from the supports and singing along, amazing! There were a lot of great gigs, tours with Therapy?, Jacob’s Mouse, Seaweed, The Jesus Lizard.

“Bob Mould asked us to support Sugar at the Brixton Academy and we played our arses off. I remember having a drink with Bob and Greg Norton afterwards, big heroes of mine!

We played The Foo Fighters’ first UK show, flew back from the USA to do it, jet-lagged and drunk. We always loved playing live.

“We used to keep a Filofax – remember them? – with all our gigs in it. But our van was broken into and it was stolen in Seattle. We were up to 580 gigs in three years, we played a lot!

“We did a few sessions for Mark and Lard, which were always a blast. I’m still super proud of the Peel sessions we did, to be part of that musical legacy is a great privilege.”

While they thrived as the British contingent of the grunge sound of the early ‘90s, by the time Full Size Boy was released in July 1995 it was into a music scene where the charts were dominated by auto-tuned pop and cheesy Euro-dance while the underground indie had mutated into the mainstream Britpop.

The album failed to make the impact the major label were undoubtedly hoping for and the band themselves had become disenfranchised with their lot.

“A friend of ours was studying film-making and had a show reel of a fellow student’s work. We loved it so met up with him for a pint and asked him if he would make us a video, he said yes. Geffen wouldn’t fund it, a pittance, because ‘they had not heard of him’.

“Instead we were effectively made to spend a fortune on a shit video. At the end of the day’s shoot, I locked myself in the toilet and cried. I knew it was over, all credibility was lost. We were part of a machine. The film student they refused was Shane Meadows.”

Since the band’s demise Granville had effectively retired from music behind but both Paul and Ant have stayed involved. Paul has played in bands Wireless Stores and Mikro Spiti and is part of the team producing albums for the likes of Bring Me The Horizon, while Ant drummed for Julian Cope, White Hills and his own band The Attraktors as well as being a label boss and producer.

The live dates are now only weeks away and Paul says the band have written and recorded new material during their time in rehearsals. They’re looking forward to giving some of it a run out in the summer – there’s an EPs-worth on the way – but they’ll be plenty of their heyday hits in the set too.

Paul speaks fondly of the songs they wrote more than two decades ago, those that soundtracked the youth of many an indie kid and those languishing in the downtrodden Derby scene.  “I understand the songs for what they are and can definitely relate to them, I have always tried to keep the lyrics pretty ambiguous, there’s something there if you get it. It’s still got heart.”

The industry may have chewed them up in the end but Bivouac became one of those bands that you think passed everyone else by, were somehow just yours, until you mention them and find ranks of others who all feel the same.

Time to stand together in giddy awe as we hear, live and loud, the songs we thought were firmly consigned to our past and wonder whether Bivouac can once again be a band for our todays.

Interview by Sarah Lay. Sarah is editor of Louder Than War and you can find her on Twitter. Read her other articles for Louder Than War here and tune in to The Rumble with Pete Darrington on Radio Andra each Tuesday night from 8pm to hear her give Louder Than War’s recommended track of the week.