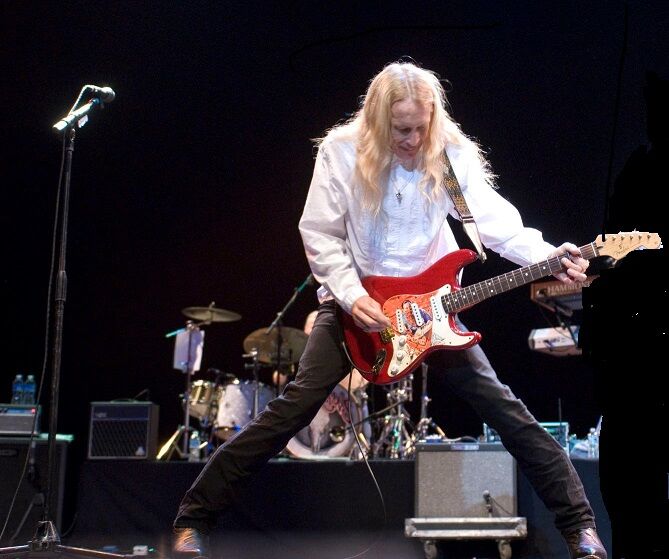 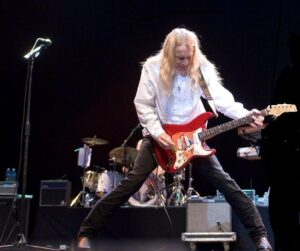 “Family Matters”, is the new release from southern rock n roll artist Billy Crain, who has performed with legendary rockers and country bands as The Outlaws,  Shania Twain, Charlie Daniel’s band, Lynyrd Skynyrd, The Cars, Van Halen, The Rolling Stones…..and I could go on….

The album itself is filled with dramatic emotion, tributes, and love, and a lot of really good music. After experiencing some sad and difficult times, Billy Crain just put it all to music, and explains to Louder Than War, just why…..

Louder Than War: You have played in support of so many people including The Dixie Chicks, the Outlaws, Etc., do you have a favorite artist?

Crain: My favorite artist of all time would probably be the Allman Brothers Band. My brother, TC, and myself, grew up following them. I’m talking about the ABB that had Duane Allman and Berry Oakley. They were an incredible unit. I liked the last version of the Allman’s that was out there up until they disbanded but they could never capture the intensity of the original band….

It seems that you have had a lot of heart aches in your life, how did
writing about it in Family Matters help you?

Crain: When I put all that I had been through down on paper and created music to it, something magical happened for me. I had been holding onto all this grief and frustration and Family Matters was a way to just let it all go. It was difficult making the CD at times because I had to relive those feelings but in the end it was very therapeutic……

How are your adopted babies doing?

Crain: Stella is now 3 and Dallas is 6 and I feel like Rip Van Winkle!!! They are doing great. Each one has their own set of problems from their early circumstances but we are working on it as a family. Adopted children can be quite challenging….

Crain: I like what Tommy and I originally started playing for, for free and for fun. As I got older and it became a necessity to pay the bills, it started draining the life out of the music. After 6 years constantly on the road with the Outlaws, I was literally wore out. Now I’m home creating music again and I don’t have to make it more than what it all began as …..fun (and free)

Do you have a favorite track on the album, one that you are most
proud of, or enjoy performing?

Crain: True Beauty is my favorite. It is about my wife, Sandy. I don’t write many love songs but this one was dead on about the way I feel about her. It’s really fun to perform!!!

Do you have a favorite question that you like to be asked?

Crain: Yes, who are the musicians that played on Family Matters?

Who or what is your biggest influence?

Do you recall the funniest incident that has ever happened to you
while performing live?

Crain: Have you ever seen the movie Spinal Tap when (I think it was Nigel) one of the guys went down on his back and couldn’t get back up, and the crew guys had to come out to get him back up? Well, that happened to me in Berlin in about 1986. I was playing with the Bellamy Brothers and  I did one of my famous down on my knees and back routines but I was so drunk I couldn’t get back up. The crew had to come out and put me back on my feet. The brothers were NOT pleased although it’s pretty funny now. Good thing I quit drinking!!!!

Crain: 2016 will bring another Billy Crain CD and I hope to come out and do some dates opening for the Outlaws.