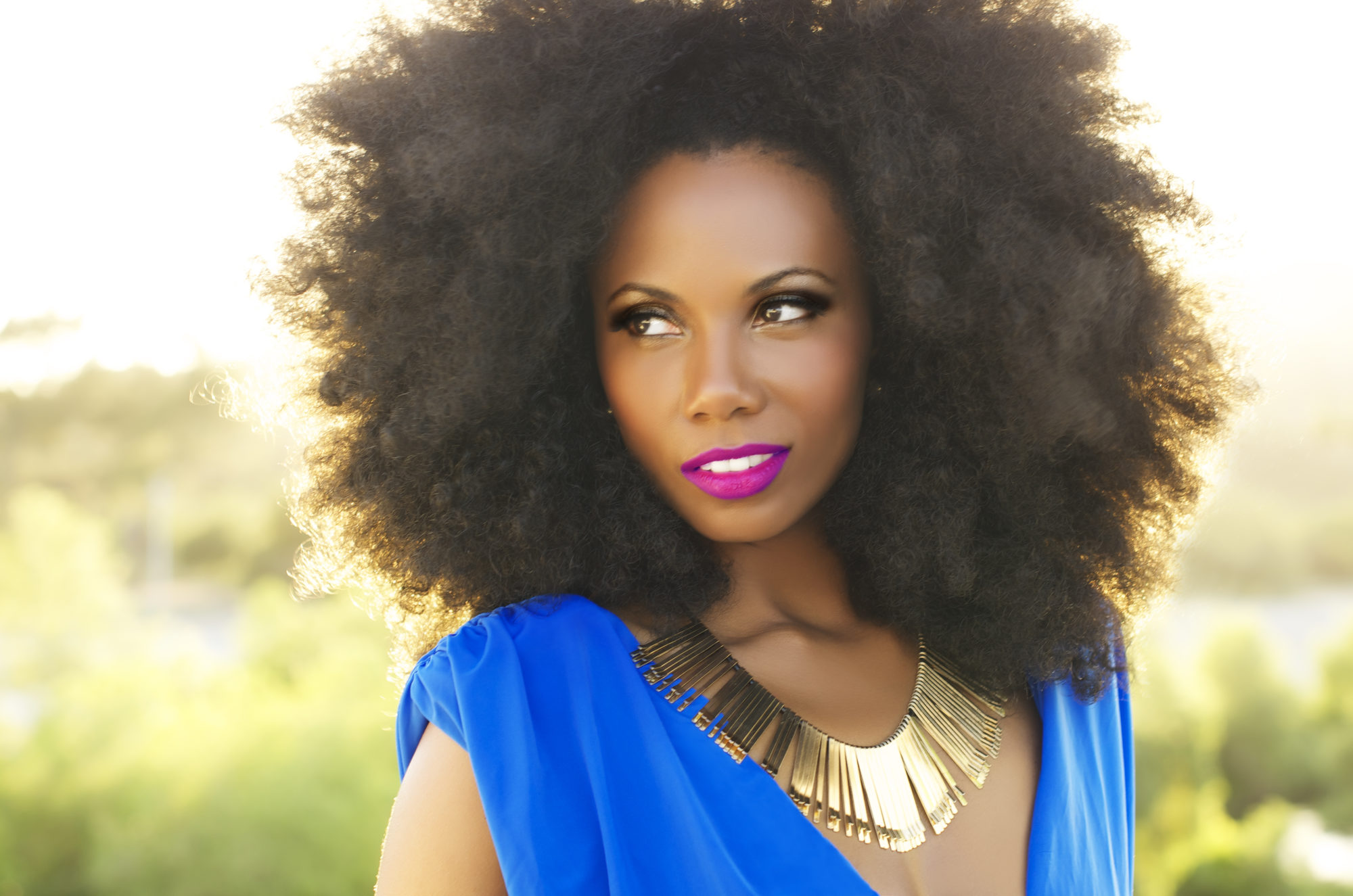 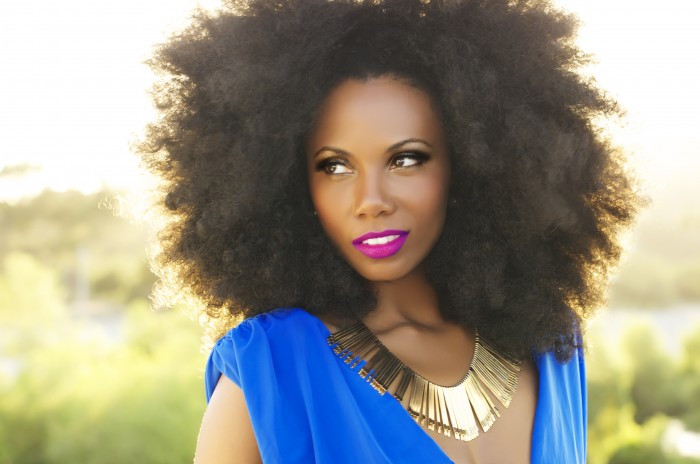 Although no stranger to the music industry, Baskerville Jones is about to release her first solo endeavor, “Mile 1”, on May 3rd, 2016. In the meanwhile her single, “So Right”, one of the coolest songs ever was unleashed last week.

With a refreshing, authentic and unique unplugged sound, Jones is a combination of Jason Mraz, Tracy Chapman, and Sarah Bareillies, with an island flavor, and a voice not unlike Whitney Houston.

She has performed internationally, and collaborated in one way or another with, artists such as Chrisette Michelle and Sly Stone. She was the lead singer for the band, ” Rebirth’, which happened to be one of the few bands that performed in Alcatraz.

Louder Than War was privileged to come up with one of the cutest and funniest interviews from Baskerville Jones.

Louder Than War: Is your music the voice of the writer, or do your experiences give that writer a place where you can live it out somewhere in your mind?

Most of my songs stem from my own experiences in one way or another – experiences that have happened in real life or thoughts that have actually crossed my mind. In my upcoming EP ‘Mile 1,’ I wanted to document, sonically, the journey that I’ve experienced in starting out as a recording artist. You’ll hear the voice and the tones change from a melancholy kind of place to a bright, buoyant sound. It doesn’t mean that it’s a different voice…I’m just exposing a different part of me.  It’s a reflection of the variety of experiences that surface in a real person’s journey – and in this case, my journey.

It’s crazy! First, it’s great that you can share moments with fans, especially those moments when no one is physically around…and you wish they were there to experience what you’re experiencing. Now you can just tweet, or post on Facebook, and voila! People are there! But, when you’re in the moment and your hands are tied, sometimes it’s hard to pull away from actually living the moment to narrate the moment.  It’s almost like you need a third arm everywhere you go. Second, you really actually have to be good…like…all the time! We all screw up from time to time [some more than others], but it’s easier to forgive yourself and move on from it if you know it won’t hit the inter-webs. So, I think it holds artists to standard to be great [if that’s what you want to be].

It reminds me of the 60’s and 70’s, somehow. They didn’t have the technology to make many corrections to a recording or video after it was recorded. They had to be prepared and perfect their sound ahead of time, record a song all the way through – live and with precision. Any imperfections just became a part of what I’d consider the perfect sound – organic. Being a part of the twitter generation I see the life and quality creeping back into music.

People don’t understand, when it comes to being a singer, it’s not a choice. When did you decide to follow your destiny?

You’re so right! I thought it was a choice at first, but it was a winding road for me to decide to follow destiny. When I was young, music was a big part of my life; I have a photo of me as a 2-year-old with pigtails singing in a microphone through my Dad’s bass amp. You could hardly stop me from singing. But, eventually, I got burnt out. As a teen, I was mainly singing church tours; but I didn’t only want to sing gospel music. I felt I had much more to say. But being from Nashville, a part of the Bible belt, you get the “side eye” for doing anything outside of church.

So, somewhat out of rebellion, I stopped singing gospel music; and, I went to college to major in accounting, and minor in music – studying classical and jazz. I was always told that music wasn’t a ‘real career,’ so I thought my decision was the best; and, later I dropped my music classes altogether.

I was off to a great start in my accounting career; and I had made the decision to keep music as a hobby. I would only take on music projects that I enjoyed in my spare time, if I had it. But without pursuing it, I kept getting calls for music projects that I wanted to do. And it got so busy that going to work at the accounting job had become something that was in the way. So, I was forced to make decision at that time. And I chose to follow the path that had been made for me – music.

Caterpillars. 90 percent of caterpillars die before they become butterflies. Artists who haven’t reached the peak of their talent or career level are like musical caterpillars to me. It’s very unlikely that any of us ever see the top, but we push anyways. So, it’s always inspiring to me when I see other artists performing who aren’t as skilled as others – some would even say “they suck.” And to be honest, I used to listen & write them off. But, then I started seeing the same artists on TV, touring, winning big music contests, being featured in movies & commercials, and eventually sounding  & looking way better than what I remembered. They inspire me because they have a vision for themselves that is so strong that their commitment to it is unwavering. They know that what other people think in the moment is not a reason to stop. And I learn from them that if you keep going, you will eventually grow into your wings. I think we all need to be like that. Remain true to what you know your purpose to be.

Would you say that your songs are a lifeline for people that you’ll never meet?

I hope so. Though, I have to say – a good bit of my music was born from a somewhat selfish place; I needed a lifeline, myself.  I needed to meet myself…the person that I had been avoiding for years. The feelings that I had, but hadn’t acknowledged because I was busy being who people thought I should be.  And now, expressing myself, believing in myself, and steering other people in the same direction is the ultimate goal of my music. It’s been my lifeline, and I hope it can be the same for others.

I feel like you are a female Jason Mraz, would you ever sing with him if you has a chance?

OMG! Are you kidding? Absolutely! Tell him to call me if you see him!

You have an absolutely amazing voice, why did you wait so long to do a solo project?

Thank you! Doing a solo project was a big challenge for me. Because of my variety of musical experiences, I was left with a handful of musical styles that I identify with as an artist. So, I had a hard time deciding which one was most represented me.  I finally made a decision, called up my producer in NY, hired a few of the most talented musicians in LA, rented out Coney Island Studios and started recording 10 mostly live songs for what I thought would be my full-length album. It was kind of a bluesy, alternative rock sound.  I was digging it! But, my producer started getting busier; and I was left with 10 unfinished tracks. I waited for years, but the timing just wasn’t right. I was pretty crushed, and had given up on the project for some time.

I moved on to finished an album with The Rebirth, the band I’d been a lead singer with and co-writer for. Our album was released last year, in 2015, and we immediately began touring to support the project. During the down times, I slowly started working on a solo EP – ‘Mile 1’ –which was, now, a simplified, more stripped-down version where my voice could be the common thread for the sound. Ultimately, I was proud of what was created, and I appreciate the wait. I think everything has a time and a place. Any time before now, just wasn’t the time for this project.

Is Baskerville your true first name?

Haha! I was born with the name Baskerville…but as my last name. No one ever really said or spelled my first name correctly growing up –  “LaTisha” pronounced “LAH-TEE-SHAH.” I’d always get “Latosha, “LaToosh” “Latisha (pronounced like La ‘Fish’ Ah).  And since I was in middle school I’ve always wanted to change my first name…so I just dropped it altogether when I became an artist. Though my artist name “Baskerville Jones” started from an inside joke with my bandmates, I embraced it as a name that was me. It didn’t lend itself to being pigeonholed to a certain type of sound. I am Baskerville Jones.