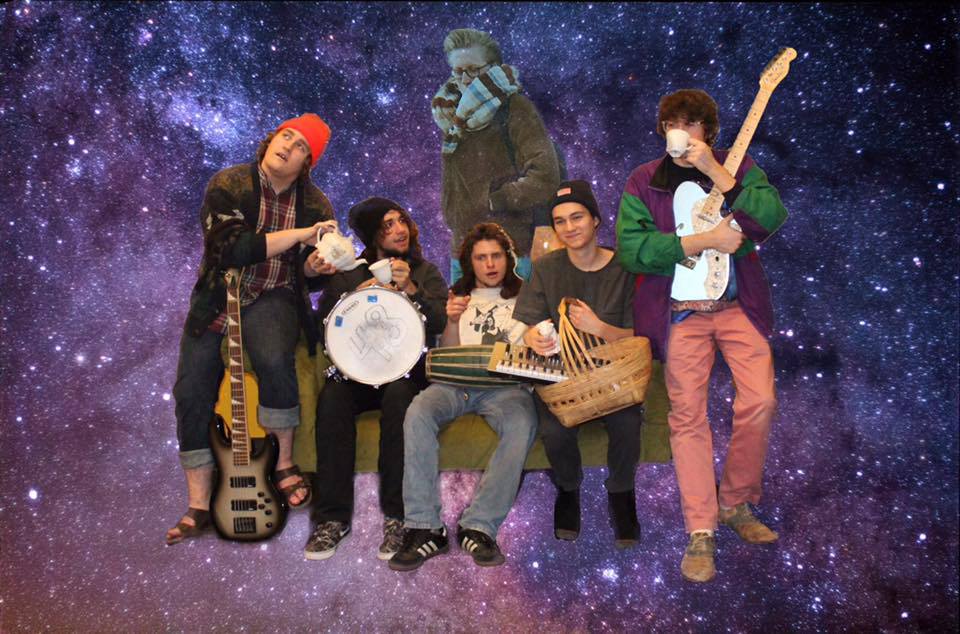 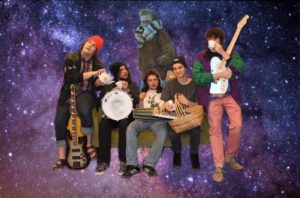 The Seattle psych pop faction, Basement Surfers have just unleashed their new CD, “Human Music”, an experimental sonic adventure. The band “wishes to create an inviting, excepting an inclusive environment for all who need one and states that the music is often very personal and that they hope that the listener can reflect on the music and can find ways to connect and learn about themselves  through retrospective introspection” Louder Than War’s Eileen Shapiro talks with the very talented and innocent front man, Carter Prince, who confessed the fact that this was his very first verbal interview.

Louder Than War: I love your music, but can you define exactly what psych pop is?

The pop music part is more dance oriented and I think it has a more uplifting undertone to it. Even when it can be more depressing, there is still an element of good times ahead.  The psych part of it can be more about introspection, and the distracting noises that I can make on the guitar.

How long have you guys been together?

I’ve been making music on my own since high school, and this band is fairly new. We’ve only been working on this album since the beginning of the year, since January. We were all students who met in college, and my brother. Before this album was made it was really just me.

I noticed that some songs refer to drugs such as crack. What’s that all about? Is that part of the psychedelic park?

No, there’s only one about cocaine. My father was a cocaine addict.  That was a big part of my development. I had my thing with drugs but I’m clean now., but there is a lot of reflection and a lot of songs looking through what I went through with my father, trying to find forgiveness from myself and how I reacted.

What inspires your songs?

When I write a song it’s usually that I keep a running tab. The instrumentation is nothing that special, I usually just keep a running idea of composition ideas that I’ve found over time. Lyrically I just try and stay up late in the night and stream of conscious write. Then In the morning it usually makes no sense whatsoever. Then I try and find out what I was really trying to talk about. It usually comes from a stream of consciousness writing.

What do you like to do when you’re not playing music?

I’m studying music right now so I don’t do much other than music right now. I practice and compose. I’m starting a kick ball league. I thought that would be fun, and a lot of just hanging with my friends. I read a lot too. I’m reading The Metamorphosis right now.

Carter how old are you?

What artists do you listen to, what kind of music inspires you?

Yeah, but I’m trying to get harmony down, my brother Mickey is going to start coming in on harmonies. Mikey plays piano. He’s a music education major at the University of Washington.

Who puts your music together?

Have you toured yet?

I heard your cover of that classic, Earth Angel. It’s really very good, what made you decide to cover that?

I started playing guitar around 9th or 10th grade. Basically I pushed myself to learn the guitar by noodling around and watching movies and stuff. Earth Angel was the first song I learned. It was a defining moment for me on guitar.

Have you played live in front of audiences?

I’m really not a fan of playing live. I get nervous basically, even us talking on the phone right now, I get very nervous.

Did anyone ever tell you to use that nervous energy to your benefit?

I get weird because I just need to make noises and kind of move around weirdly, and pretend that’s part of the act. Also I wear glasses so I’ll usually take off my glasses, so I’m blind on stage. I’m getting pretty comfortable now. It’s definitely something I’m enjoying more and having fun with. Many of our shows have been wild and our audiences are very supportive, and our friends are very supportive. I definitely like writing the music, working on the music with my friends, but playing live is more of an opportunity to be heard more than just the enjoyment of playing.

We are working on our newest album now which will be coming out in a couple of months. It’s called “Beach Evil”. That will be out the end of the summer. We’re trying to make music that everyone can reflect on. We want our shows to be an inclusive state, at a place to make new friends, and a place for people who don’t have other people. We are building that slowly and I hope we can continue,  and that people can enjoy our music.