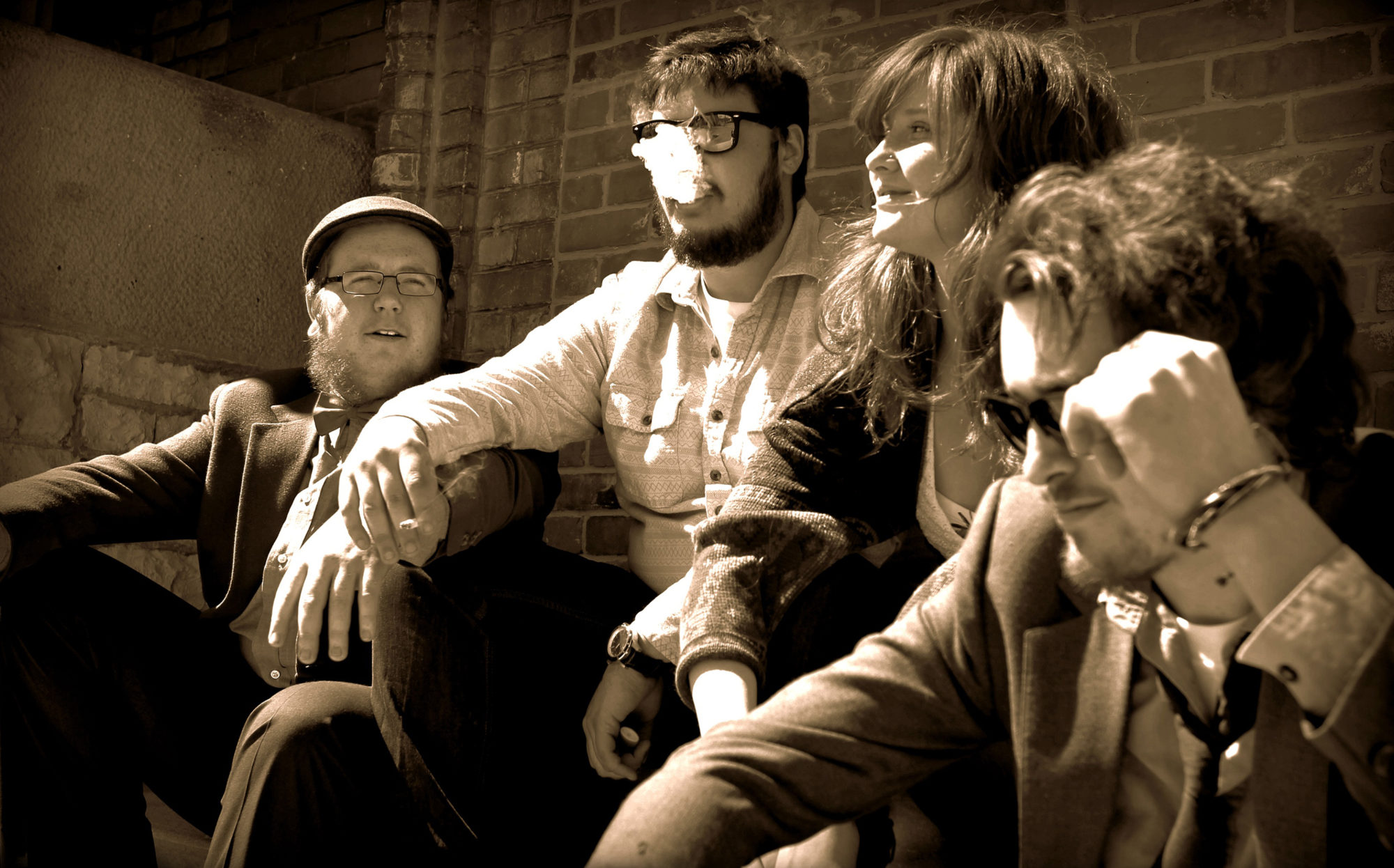 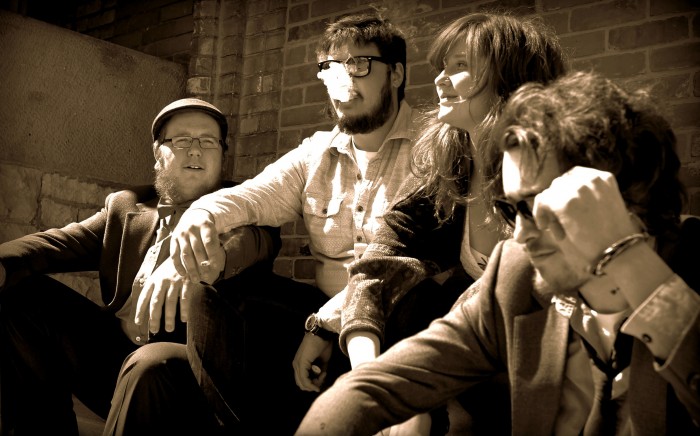 A combination of diverse musicians, all hailing from Canada, have joined as one to present life, light and passion to the world through their unique, alternative sounds. They have just released a self titled EP, with a mare three songs on it, but leaves one with the wish for 1000 more from this versatile quartet, and can be downloaded for free on the Internet.

Watch for his band as they are expecting more radio play, and will be partaking in many festivals in the future. Celebrate their spirit, their powerful sounds, and the ability to make the audience fall in love.

Louder Than War: All of you appear to be extremely accomplished musicians. What did each of you do before Bad Reed?

Five years studying Penguinology! Just kidding. :) We are from a small town. The four us were briefly in other bands before this one. Really what made this work is that we were all dedicated to our instruments and our aspirations. As a result of that, the four of us, in the beginning would rehears five or six times a week. This went on for about a year. The three songs on our EP were written and then re-written multiple times. Although doing that would seem usual but it was us figuring one another out and pushing ourselves and band mates to find something truly unique. So when someone heard our music they would say, “This sounds like Bad Reed.”

Who does the song writing?

All of us write anything and everything. For example, melody to the intro of ‘Cassava’ was written by Costa; the drummer. Our mentality to writing is that, nothing is off the table and leave the ego at the door. Simply meaning that anyone can write which ever part or pitch whatever. As long as it sounds good we keep it. If not, no hard feelings.

What artists have had influence on you as a group?

Our influences tend to be a moving target. I guess one could ask what have you been listening to recently? The artist the come to mind when asked your question are; Mars Volta, King Crimson, Jack White, Snarky Puppy, Colour, Led Zeppelin, Amy Winehouse, Janis Joplin

How did you come together as a band?

This one in a way goes hand-in-hand with the first question. When you hail from a small town, it’s more about who will work with me to achieve goals rather then who likes the same music or who am I already buddies with. Who will not only pitch in but push me to keep up, to learn on and off the stage. Using that fame of mind the revolving door of band members stopped when the four of us were in a room together.

I understand that you are currently touring Canada in support of the EP, do you plan to take that further?

Yes, we are pushing everyday to travel farther and farther way from home to play music.

If you were to take each song from the EP and dissect them, what message would they present?

Cassava – Seeing ones’ personal growth and being pleased with it.
Punch It – Acknowledging that it’s time for change and embracing it. This song is heavily inspired by ‘Ghost in the Shell.’
Slackjaw Romance – Half self truths learned from one’s first unsuccessful relationship. Half making fun of the childish ignorance.

If you could play anywhere on earth, where would you choose?

We all would love to travel the world doing what we love to do. At the end of the day playing to an audience that’s diggin’ our music is what makes us happy, whether it’s down the street or King Tuts Wah Wah Hut in Glasgow, UK.

Each of the songs on the EP are totally different, all amazing….Sydney has a voice like an angel, very Grace Slick(ish)…. Is there a favourite song that you like to perform live?

I would have to say that ‘Punch It’ would be my favourite song to play live. The lyrics are potent, the subject matter is current and relevant, and the boys kill it live.

What can we expect next from Bad Reed?

We plan on playing many North American festivals this summer and hopefully in the not too distant future a full length album paired with a trek across the ocean to play the in Europe.