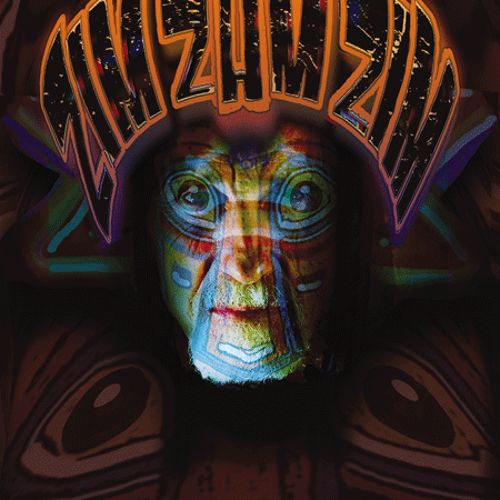 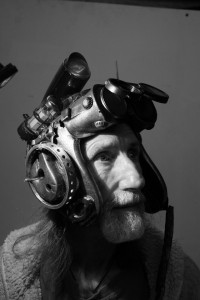 Best known for his Crazy World we talk to Arthur Brown about his innovative new project, using brain waves to directly create music for Psychosonic with performance partner and neurofeedback artist Luciana Haill.

“I see a time when there is no difference between our concept of life and our concept of music.” Arthur Brown is probably best known by most for his Crazy World, for his theatrical performances and his rightful place as a pioneer of Prog.

His latest project, Psychosonic, with performance partner and neurofeedback artist Luciana Haill may be one of his most inventive and fascinating yet.

Arthur Brown, the God of Hellfire, is making music directly from brainwaves.

“It is to my mind one of the most exciting horizons in the future of music. We have a special helmet that picks up brain impulses and turns these into music and visual images. I wear it onstage.

“Imagine a dance club where there are no DJs, no musicians. GPS technology picks up your brainwaves and they are transformed into sound through a Psychosonic unit. Then your friends walk in and their brainwaves are picked up. The interaction of all these produces music.”

Accompany Psychosonic music with visuals and you have a typically flamboyant and captivating show, simulating the experience those with certain types of synaesthesia may have when listening to music.

“The brain programme has in inbuilt visual aspect that can present the brainwave movement in various different ways. It can be manipulated by the operator and images vary with whatever setting is fixed on. They vary in shape and colour. They are in constant movement and change, as is the brain itself.

“So the program as we set it up, gives the parameters . The performers then vary this by controlling the brainwave movement. As they are interpreting the same brainwave activity as the sound programme sound and light, colour and tone, are matched.”

Premiering the performance at this year’s Bestival with his band The Crazy World…  following on from a Pledge campaign around the unit in 2013, this was the culmination of an idea he first had in the 19070s. Back then he wanted to hook The Pope up to an EEG machine and use his brainwaves for an on-stage solo.

The technology, and people’s openness to the idea, needed 40 years to catch up with Arthur but this isn’t unusual to him, having become accustomed to his pioneering performances being outside of the mainstream. This doesn’t detract from the value he gets from creating wildly and innovatively.

“Each moment is new. Each perception a new creation. Once I have created a form I move on. When people laugh at a new idea,I have a confidence in it because I see it work. I am part of making it work, in the performance.

“If you have a vision, the deepest satisfaction is in seeing it come into existence as an actual creature. If an audience don’t like it, then after a while I drop it, because every performance is like a conversation in the language of energy. If there is no flow between the audience and artist, there is no performance.

“However, repeatedly in my career I have brought in new aspects of performance which bewildered my existing audience. I have then persisted in the new approach. Because I love it. Losing the old audience in the process, and attracting a new one.”

The performances of Psychosonic have met with a mixed reaction so far but have mainly been well received. Arthur explains: “There has been mainly astonishment at the possibility of making music just from movements of the brain waves. The beauty of the visual images is also commented on. Bewilderment from some people who try to fit this into their existing idea of music and performance.

“From artists usually the response is laughter and pleasure. Though one said ‘so what. It’s only showing what’s already happening in the brain. And it is no different from playing music traditionally. They use fingers etc. You use brainwaves.’ Later that evening, he spent much of his time trying to get off with the very attractive Luciana. He is now a fan of the whole performance!

“There has been disbelief that our performance is happening in real time. Some people think we are miming to a pre-recorded piece.”

But this is not pre-recorded or mimed, this is the intersection of technology and the creative energy of music. Are you ready? Here comes the science.

The Psychosonic unit, invented by Masahiro Kahata, is a special helmet covered in electrodes and with an inbuilt EEG monitor. Colour and sound are then assigned to the brainwaves it picks up and these are then transmitted through speakers and screens.

Neurofeedback artist Luciana Haill had already been experimenting with the technology when Arthur met her and they found that due to his years of practising meditation he was able to control the volume, tone and frequency of his brainwaves.

Luciana has worked with Arthur to teach him how to use the equipment and to form the live performance, where his more traditional playing influences the pattern of his brainwaves also.

“It is my nature to enjoy new things. It is also part of my creative nature to need to create. Some people always explore traditional already existing forms. I like new forms. Without them, I feel stifled. So I like checking out different ethnic slants on possible rhythms and melodic structures. I also like the cutting edge of technology, where culture meets science.

“Also, what music is, is only an agreement to look at humans and sound in a particular way. I like to know what happens when you look at it in a different way.

“The modern musical artist encompasses new developments of technology into a new sonic vision. It allows people to experience the new ideas as ones belonging to the universe they live in. It integrates new ideas and feelings and perspectives into current life.”

But even 40 years in the making Arthur sees this only as the beginning of his experimentation with using brainwaves, and perhaps in the future other types of energy and bio-impulses, to create music.

“I don’t yet know fully where this investigation will lead. Probably to many new forms as other artists make use of the technology in their own way. Certainly the ability to use brain activity joined to computers means that a musical genius will be able by himself, or joined in a group with others, to manipulate sounds without number at the same time.

“And as the different energies of the psyche are joined to it – for instance, emotions, body movements,thoughts, sex energy, spiritual energy – a whole new representation of the cosmos will appear. And it will also involve light, colour, stimulation of the smelling sense – because the brain machine can stimulate this at its source in the brain without the presence of an actual scent in the air.

“So the compositions of this technology will be able to gradually encompass every possible way the human can experience the world, and make a new creation from it. Perhaps even eventually creating a new universe.

“Some people will say it is only virtual But in these times even some scientists are proposing that this whole world we live in is in fact only a holographic projection in a presence we are not yet aware of. In which case what is the distinction between real and virtual?

“‘What is music?’ then becomes a very good question indeed.

“The whole of creation is emitting a sonic vibration. It is music. And current technology is part of that music. Both technology and music are dear to me. When they come together, they are equally dear. But if the technology disappeared in a big puff of smoke, music would still be there, and dear to me.”

It’s clear that Arthur Brown’s pioneering spirit and curiosity about creativity isn’t diminishing with age, nor being stifled by new technology. Rather than the visionary ideas he’s had over decades of musical innovation are finally starting to be realised with the possibilities of tech, an openness to new forms.

“In mystical visions of existence, there is a place where the one is many and the many are one. That is kind of how I see the future of music.

“At once a tendency to a music that is universal, and lots of local styles. Just as there is red wine that is available all over the world, and it comes from many different regions. And some of it is not known beyond a particular small region – though with the internet, even tiny manufacturers can sell to anywhere.

“I see purist music tied to the past, with rigid demarcations of what is permissible.

“I see mixtures of all kinds – of future and past music, of organic natural sound and technologically produced tones.

“I see technology, having got a total bank of all known sounds, making brand new rhythms and orchestrations from musical scales and structures we are not yet aware of.and incorporating into it all the more traditional methods of sound delivery. True creations where hands and skins and fingers and voices and feet, instruments from every period in history blend in with brain rhythms, the seasons, the planetary cycles.

Interview by Sarah Lay. Sarah is Features Editor for Louder Than War and you can find her on Twitter or find her other articles here.